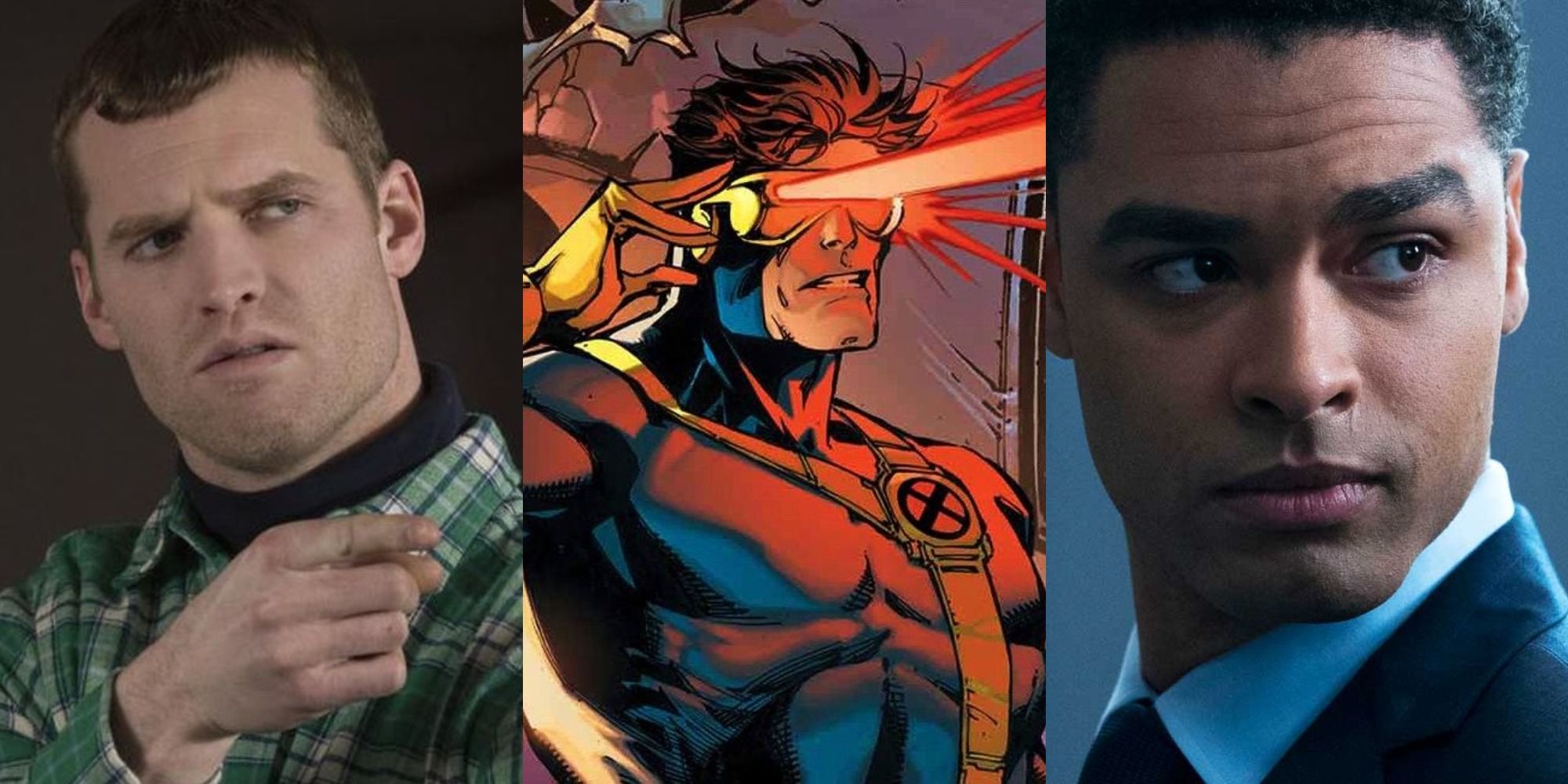 Fans are eagerly waiting for the X-Men to join the MCU and see new versions of some of the fan-favorite characters. Cyclops, the laser-eyed leader of the X-Men team, is one of the most anticipated mutants who may soon appear in the MCU.

In the Fox X-Men universe, Cyclops was played by James Marsden and Tye Sheridan and both received acclaim in the role. But many felt the character didn’t get the screen time he deserved, and fans on Reddit are already making suggestions about who might bring this new take on Cyclops to life.

James Marsden played Cyclops in the top three x-men movies. His performance saw aspects of the comics incorporated into the character, from his leadership role to his rivalry with Wolverine. However, after the first movie, he didn’t have much to do.

Despite the role’s limitations, fans enjoyed Marsden’s performance, and with the endless possibilities of the multiverse in the MCU, many would love to see him return. Redditor MinimumPotential21 insisted that Marsden “deserves a second chance”.

As the creator and star of Canada’s favorite cult series Letterkenny, Jared Keeso has achieved considerable fame. Although he doesn’t have a big movie project yet that can make him a star, some think he’s a perfect fit for the MCU.

With Keeso’s dry sense of humor, badass attitude and strong leadership presence as seen in his role as Wayne in LetterkennyRedditor MacCaswell claimed the Canadian actor “would make an amazing Cyclops.”

While Wolverine certainly stole the show in the previous x-men movies, there are a number of fans who would love to see Cyclops get his due as the most prominent member of the team. For that to happen, they may need to cast an actor with considerable star power. And Chris Pine could be perfect.

RELATED: The 10 Best X-Men Comic Book Stories, According To Ranker

Pine has experience directing an ensemble with his role in the star trek movies. However, Cyclops is also a complicated leader, and Redditor Watson349B thinks Pine “cuts the line between likable” and fills in the darker aspects of the character.

While there sometimes seems to be a divide between MCU fans and DCEU fans, there are plenty of actors who have starred in both cinematic universes. Now, some fans would like to see Superman himself take on an iconic Marvel hero.

Redditor N3xuskn1ght recommended Henry Cavill for the role of Cyclops based on the fact that the actor has “the right look and we know he can perform.” With his days as Superman seemingly over, Cavill might be interested in taking on a new role as a superhero.

After his insanely badass ride The man from the north, it’s no surprise that Alexander Skarsgård is being offered for a superhero role or two. And beyond looking like an actual superhero, it’s not hard to see just how effective Skarsgård would be as Cyclops.

He has a strong presence that could be quite suitable for a leadership role and has a great sense of humor that is always welcome in the MCU. Redditor Thekrishub was convinced that Skarsgård would “kill” in the role.

Rege Jean Page looks like an actor who is destined to be a big star in movies before long. After his decisive role in BridgertonPage has lined up roles in high-profile projects like Dungeons & Dragons and The gray man. He is also a favorite to reprise the role of James Bond.

But many fans are hoping the MCU will get to Page first and cast him as Cyclops. Redditor blackchandler claimed that Page was already the “highlight of the first season of Bridgerton“and he could go on to shine in such a role.

Henry Golding is another name that has been suggested as a strong candidate for Bond. He is another promising actor destined for the big things and already has some experience in the big action movie world with his lead role in Snake-eyes. Holiday romantic comedy last christmas also showed his comedic charm.

Golding is another actor who feels tailor-made for a superhero project and he has the kind of noble hero persona that would suit Cyclops well. Redditor LifeOpEd simply called Golding “perfect” for the role.

HBO’s hit show Euphoria catapulted a number of young actors into stardom. One of the stars of the series is Jacob Elordi who plays Nate Jacobs. Some fans would like to see the younger years of the X-Men team explored in the MCU and they think Elordi would be a fitting choice for Cyclops.

RELATED: The 10 Best Versions Of The X-Men, According To Ranker

Elordi would work well within the overall superhero story approach while still having a strong enough presence to stand out. Redditor T-408 suggested that Elordi “would be awesome” in the role.

While there are a number of established actors like Oscar Isaac and Brie Larson cast in the MCU, the studio isn’t afraid to take a chance on lesser-known actors like Chris Hemsworth either. In that regard, Paul Mescal might be an underrated talent they could pick up to lead the X-Men.

Many fans point to Mescal’s acclaimed turn into serious Irish drama normal people as a sign of his talent. Redditor brightestdaylight went so far as to name Mescal their “top pick to play Cyclops.”

There was a time when Jamie Dornan was best known for his role as Christian Gray in the criticized film Fifty shades of Grey movies. However, the Irish actor has recently shown incredible versatility with his hilarious turn in Barb and Star go to Vista Del Mar and her acclaimed performance in the Oscar-winning film Belfast.

This new side of Dornan that was shown convinced many fans that he can play a role like Cyclops. Redditor bewareofthethunder expressed confidence that Dornan “would be perfect”.

NEXT: X-Men Characters Who Deserve Their Own Movie, According To Ranker

Colin McCormick is a Senior Writer at Screen Rant and has been a proud member of the team since 2019. In addition to his work as Screen Rant, Colin is also a News, Features and Reviews Writer at Game Rant. Colin has had a lifelong passion and obsession with movies ever since he first saw The Lion King in theaters. In addition to movies, Colin keeps up to date with the latest must-watch TV shows. Although he likes to find interesting projects in all genres, he has a special film of detective stories infused with a bit of dark humor, much like the work of his favorite author, Elmore Leonard.

The trade of despair | Daily Trust