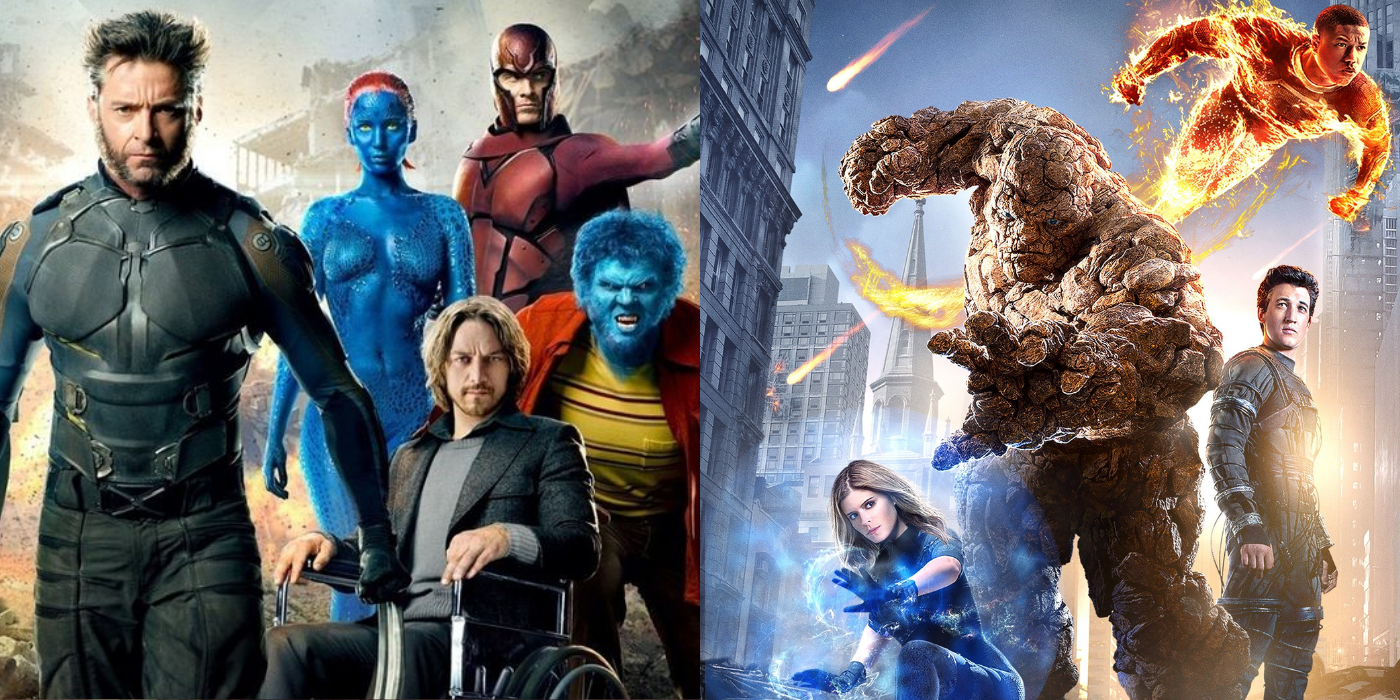 The MCU has already brought dozens of Marvel Comics characters to life on the big and small screen, so it’s hard to believe it hasn’t even reached the full potential of some of its biggest names. The films have won fan acclaim for their ability to turn B-list heroes such as Iron Man and Thor into centerpieces of their universe.

Marvel Comics has been creating iconic characters for over 60 years, so there are dozens and dozens of new faces they could bring to the film franchise. However, there are still plenty of iconic and important characters who have been around almost as long as Marvel itself, and their absence from the MCU is becoming more glaring as the franchise goes on.

The X-Men are so iconic that the only reason they aren’t already represented in the MCU is because of a behind-the-scenes rights issue. Fans have of course been clamoring for their inclusion for years. With the acquisition of Fox, it seems very likely that the X-Men will arrive in a future phase.

Some Characters From The Fox X-Men Movies Could Appear In Doctor Strange and the Multiverse of Madness, but no original cast has been announced for the next generation of X-Men actors. Several X-Men will likely have their own solo projects in the MCU.

With three The Fantastic Four films between two failed franchises over the past twenty years, the idea has been floated that the characters may not be suitable for the big screen. Marvel Studios disagrees, and who else could really bring the family of classic heroes to life?

Marvel has the formula, and now that they have the legal rights to some of Marvel’s biggest stories, it will be exciting to see what they cook up. Hopefully news will be released on the cast of the slated film in the near future as fans are eagerly waiting.

As with the Fantastic Four, there were misfires ghost rider movies. Both starred Nicholas Cage, and neither reached more than 26% in Rotten Tomatoes scores. It seems some fans have some respect for them, as there was hope for a Nicholas Cage cameo in Multiverse of Madness.

No casting has yet been announced for Ghost Rider, but fans have speculated about a number of different actors. Ghost Rider seems like the perfect character for a future Disney+ TV miniseries.

With the wacky world of Thor created by Taika Waititi and Marvel Studios, it seems more than likely we’ll see Beta Ray Bill in the near future. Especially since there was a statue of his head in Sakaar.

Bill also seems like the type of character suited to the guardians of the galaxy movies, with their intergalactic journeys. If Chris Hemsworth ever decides to retire and the horse of Battle horse needs some acting work, Beta Ray Bill could be a fun addition to the franchise.

With the celestial expansion of recent Marvel Adventures, a deep dive into the ocean seems like an odd tangent, but hopefully Marvel Studios finds the right time for one of the world’s oldest superheroes.

Maybe with the popularity of DC Aquaman movies, Marvel’s Atlantis-based story would appear to be a copycat. Even though Namor is the dean of the two, in terms of original publication.

The Silver Surfer made his live debut in Fantastic Four: Rise of the Silver Surfer, played by the very talented Doug Jones. The film was a major flop, but enough time passed for a new take on the role.

The Silver Surfer would likely appear in a The Fantastic Four movie as a villain, but could also be a good option for a solo miniseries as an anti-hero, maybe later, similar to Loki.

Another grouping, since “Spider-Man Supporting Characters Yet To Debut In The MCU” could make up its own list. Fans of comics or the 90s Spider-Man: The Animated Series know that the depth of the world of Spider-Man is vast.

RELATED: Spider-Man: Into The Spider-Verse Main Characters, Ranked By Likeability

Between the rogues gallery, as well as other heroes, there are tons of options. Hopefully the Sony Spider-Man spinoff like Venom and Morbiusas well as the ever popular Spider-Man: Into the Spider-Verse will give some of these characters the big-screen justice they deserve.

Magneto has had some terrific live-action adaptations before, so moving past them will be a big challenge for Marvel Studios. Terribly played by Ian McKellen and Michael Fassbender, even casting the super villain would be a challenge.

The character could greatly work as a villain for the X-Men, or even a big bad in the MCU, with his ability to garner a following. The Brotherhood of Mutants would be a great team against the X-Men and the Avengers.

While it looks like Kang the Conqueror will be the MCU’s next big bad, what’s wrong with having two? Surpassing Thanos as a full-scale, multi-phase villain would be a tall order, and few options are quite as good as Galactus.

Galactus could be introduced via the Fantastic Four, or also in the future Eternals continued. With the universe expanding through such powerful beings, the MCU needs villains of the same caliber.

One of the best villains in the entire Marvel Universe, with two failed adaptations on the big screen. It seems necessary for the MCU to strike the blow with Doctor Doom.

Doctor Doom is another character who could appear as a villain for both the Fantastic Four and also as a major villain for the Avengers. Fans recently took to Reddit to cast the character with their favorite actors.

NEXT: 10 Actors Who Should Play Jean Gray In The MCU, According To Reddit

Charlie is a recent graduate of SUNY Purchase College, working as a freelance writer in Brooklyn, NY.