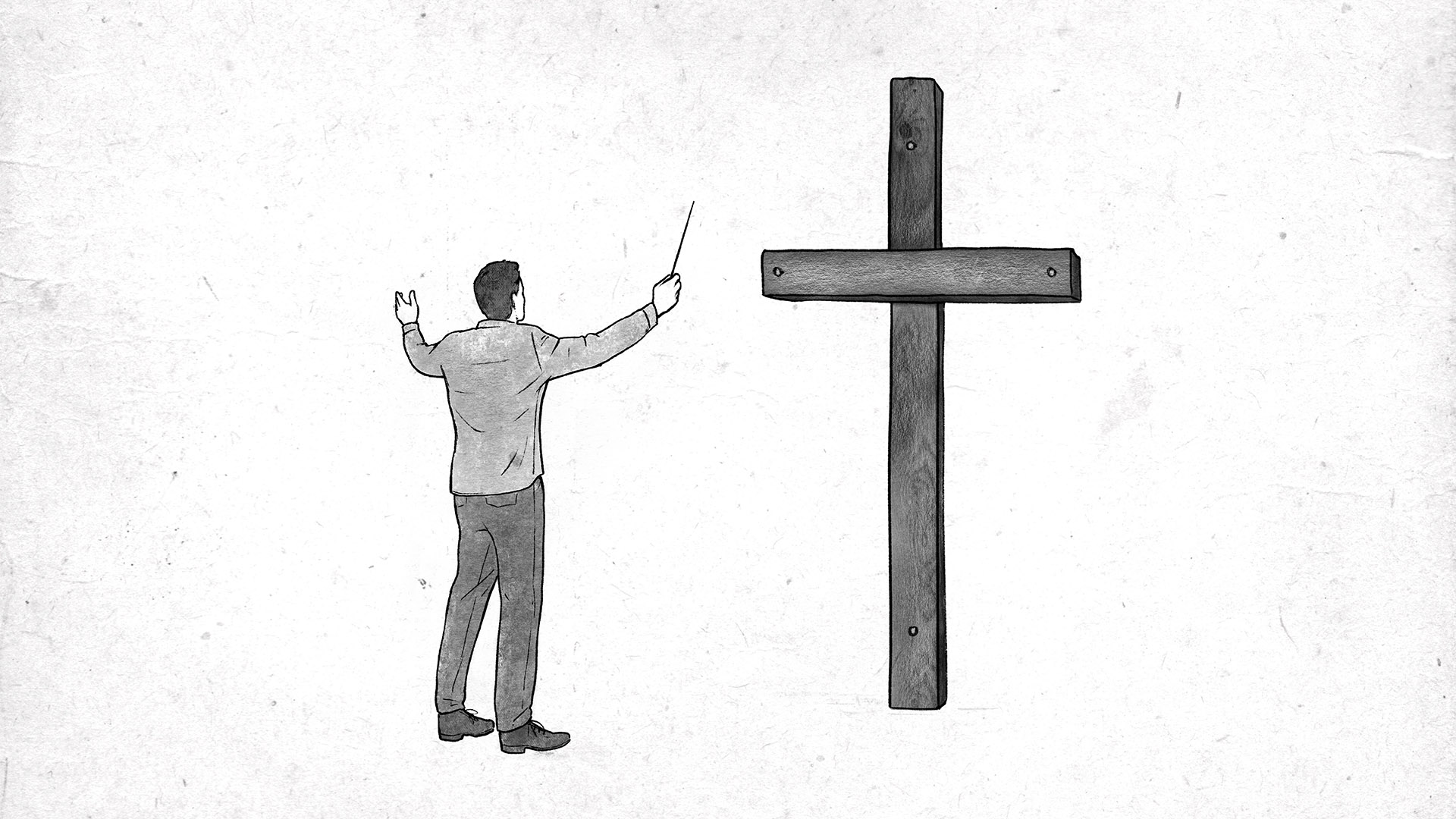 Artistic depictions of Christ’s bloody crucifixion and glorious resurrection have long functioned as important multisensory experiences for Christians. According to Swiss musicologist and pianist Kurt von Fischer, the earliest account of sung crucifixion stories in the New Testament comes from “the pilgrim Egeria who visited Jerusalem in the 4th century and described the services held there during Holy Week”. These sung passages from the gospel eventually gave rise to the Passion, a large-scale musical work featuring the words of Jesus, his mother, his accusers, and the men and women who followed him.

When people think of Musical Passions today, they probably think of the Lutheran composer Johann Sebastian Bach, whose musical works are the gold standard of Western religious art. But these 18th century sound festivals are not the only ones that deserve to be included in your Easter celebrations. In fact, many living composers have offered musical meditations on the passion of Christ. Here are six significant passions (or passion-themed works) created in recent years.

1. the Passion of YeshuaRichard Danielpour

Richard Danielpour’s music reflects the influence of Leonard Bernstein and mid-20th century American composers who sought to differentiate their music from that of their European counterparts by addressing the stories and sounds of the American landscape. For Danielpour, this means incorporating rhythmic elements from jazz and popular music (he claims the Beatles as an early influence) alongside exploring his own Persian cultural roots. Danielpour brings empathy and immaculate lyrical writing to his Grammy-winning epic The Passion of Yeshua (see a selection below). The ominous waves and Middle Eastern inflections in the work’s prologue immediately establish the universal and local aspects of the story of Jesus – born into the poverty of an oppressed people, unjustly crucified and ultimately hailed as the King of the kings.

Born to Jewish immigrants from Europe, Osvaldo Golijov grew up in Argentina and Israel, then moved to the United States to study composition. His influences range from klezmer and Jewish liturgical music to Latin American dances and Middle Eastern songs. Commissioned by the Bach Academy in Stuttgart, Germany, for the 250th anniversary of the death of Johann Sebastian Bach, Golijov The Passion Segun San Marcos (“The Passion of St. Mark”) is a Spanish-language reimagining of the Passion narrative in Latin American terms. The work includes a groovy salsa tune, “¿Por Qué? (see below), centering on the woman who anointed Christ’s feet with incense (Mark 14:3-9). Golijov’s use of a dance tune seems odd, but the jubilant community formed between lead singer, chorus, and rhythm section perhaps foreshadows the festive “end” of Christ’s work. Later, “Agonía” features a solitary accordion followed by weeping vocal swells, portraying the vulnerability and humanity of Christ’s obedience in Gethsemane.

3. The Passion of the Christ SymphonyJohn Debney

Chills ran down my spine as I heard the driving drums and fortissimo rising chorus lines of John Debney’s Mel Gibson track “Resurrection” for the first time. The passion of Christ (see below). For this score, Debney augments the orchestra and chorus with Middle Eastern instruments, resulting in an earthy sonic offering that accompanies the dark psychological bent of this twisting film beautifully. Because film scores enhance moving images to tell a story, they are sometimes less engaging when heard on their own. This is not the case with Debney’s Passion soundtrack—which, like Howard Shore’s the Lord of the Rings and John Williams star wars music, has become a concert work. Regarding this work and how it might differ from other films he has scored (Elf, iron man 2, The jungle Book), Debney said, “Yes, [it is different] because I happen to be of the faith. So for me, it was very personal.

I have already compared the visceral music of Gubaidulina to the discordant images of Mel Gibson The passion of Christ. In fact, today’s film composers (especially those who score horror films) are indebted to the highly dissonant sounds pioneered by 20th century composers like Gubaidulina. The chilling opener to his Passion (see below) underscores the awe-inspiring opening lines of John’s Gospel, “In the beginning was the Word. . . and the Word was God” (John 1:1), which are also used to powerful effect in the conclusion of the work. His use of the traditional pipe organ brings an age-old instrument associated with Christian worship into the concert hall. Even the lighter portions, like her bubbly “Liturgy in Heaven,” are intense. Gubaidulina is not interested in softening the edges of the crucifixion. Rather, she invites listeners to the foot of the cross where the sounds, sights and smells of the dying Lamb of God are made clear and personal. It is an invitation to contemplate the terrifying beauty of the cross.

For the past 25 years, Ivan Moody has created musical offerings heard in churches and concert halls around the world. In 2014, Moody was Visionary-in-Residence at Biola University’s Center for Christianity, Culture and the Arts, co-hosted with the Christian Fellowship of Art Music Composers. “When Augustus Reigned” and “Akathistos Hymn” both incorporate Byzantine chanting into modern musical textures, resulting in music that is both grounded and fresh. When asked to write a new work to accompany Arvo Pärt’s “Stabat Mater” (a 13th century poem about the crucifixion from Mary’s point of view), the result was Siméron (Greek for “today”), an intimate piece that juxtaposes extremely quiet music with strong searing dissonance (see below). The result is an otherworldly soundscape that feels both immanent and transcendent, perhaps reflecting Moody’s “fully human, fully God” view of Christ. As Moody says in the program notes of Siméronthe repeated word “today” functions both as a musical pillar and as a means of emphasizing the “current reality of the events of Christ’s passion and resurrection”.

6. Passion according to Saint JohnJames MacMillan

James MacMillan—of whom I have already spoken—has already written two Passions (Saint Luke and St-Jean) and a host of crucifixion and resurrection-themed works performed around the world, including “O Radiant Dawn”, “Seven Last Words from the Cross”, and “Kiss on Wood”. Instead of the fire and fury of certain passions, MacMillan Passion according to Saint John (see a selection below) opens with recitative-like modal music, as if a story told by a band of medieval troubadours. MacMillan’s music sounds otherworldly yet familiar—deeply spiritual and ethereal, yet firmly grounded in the mud and mud of our world. In this sense, MacMillan manages to create fully human music, reflecting our localization and our finitude, without giving them the last word. Perhaps this is the truth clarified by a Passion, a harsh Way of the Cross that culminates in the magnificent mystery of an empty tomb.

These actors have played their characters in most movies