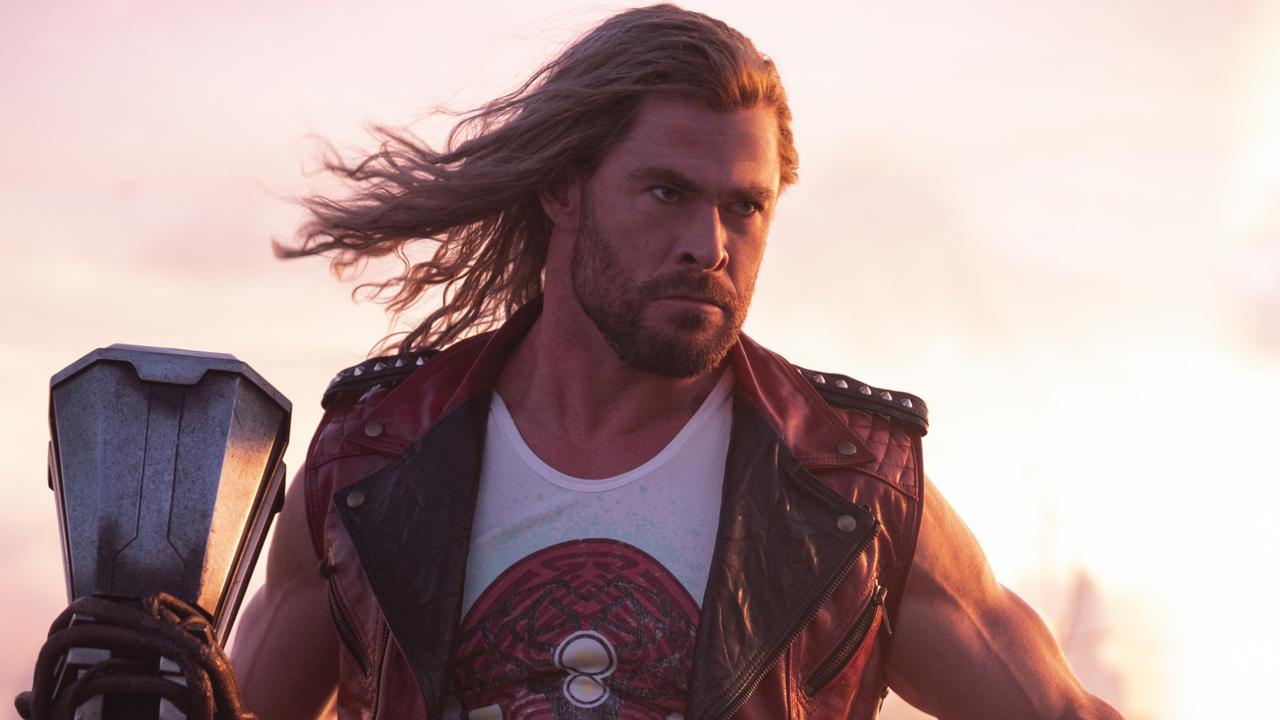 Thor: Love and Thunder has Chris Hemsworth on the publicity rounds this week, but word has swirled that a different version of the film may be hitting theaters soon.

Excitement is rightly building with the release of Thor: Love And Thunder this week, but it looks like it’ll be even more exciting when the DVD drops.

(Well, obviously not for everyone under 20. They won’t know what a DVD is and will probably use it as a coaster or, more likely, a dream catcher.)

Director Taika Waititi and star Chris Hemsworth made the rounds of publicity this week and revealed there was a four-hour version of the film somewhere in the archives.

Cue nerds run around in excitement.

(Well, not running. Because then they’d need their asthma pumps. But probably some glasses fogged up.)

The theatrical version will be a good two hours long, which means there are two hours of extras for the DVD release.

It could be a bit fun, to monitor over several sessions. But already, calls have been made for the full four-hour version to hit theaters.

Listen, I love the Waititi, Hemsworth, Thor and Marvel movies, but we have to draw a line here. The trend of longer and longer movies is getting a little ridiculous.

Zack Snyder’s Justice League was streamed only, but weighed in at an easy four hours. I loved it but I don’t think I could have seen it in the cinema.

As it is, you have to prepare for a movie these days. You must stop drinking all liquids two hours before the start time and make sure to use the bathroom in cinemas before entering them.

And forget about ordering the jumbo coke at the candy counter, unless you plan on doing the “squatting shame race” about 90 minutes into the movie.

Otherwise, the crucial last act of the film happens with our legs crossed. While the hero fights the villain, you fight your bladder.

And you can’t even run to the bathroom once “The End” pops up, because Marvel always sticks a few end credits scenes into every movie, so you have to sit for another five minutes before you can find relief.

And, if you didn’t shell out for the luxury seats, after four hours you’d be left with a Thor’s ass.

For final proof that extended cut versions have skipped the shark, Baz Luhrmann announced he was releasing a six-hour version of his 2008 film, Australia.

Renamed Faraway Downs, it will be split into a mini-series.

Still… six hours! The original was pushing three hours, but I felt like it was about 12 hours long.

I’m not sure I could last six hours. I think it would take a week.

The thought of an extended musical duet from Nicole Kidman and Hugh Jackman is enough to cause heart palpitations.

In fact, the only way to get through is to load up a cargo, drink plenty of water beforehand, then load up at the candy bar with a bag of popcorn and a bucket of coke.

This way you can comfortably spend most of the running time in the toilet.

I’d rather be stuck in a rancid cubicle reading the graffiti carved on the door than sit in front of Kidman singing an extended version of Somewhere Over The Rainbow.