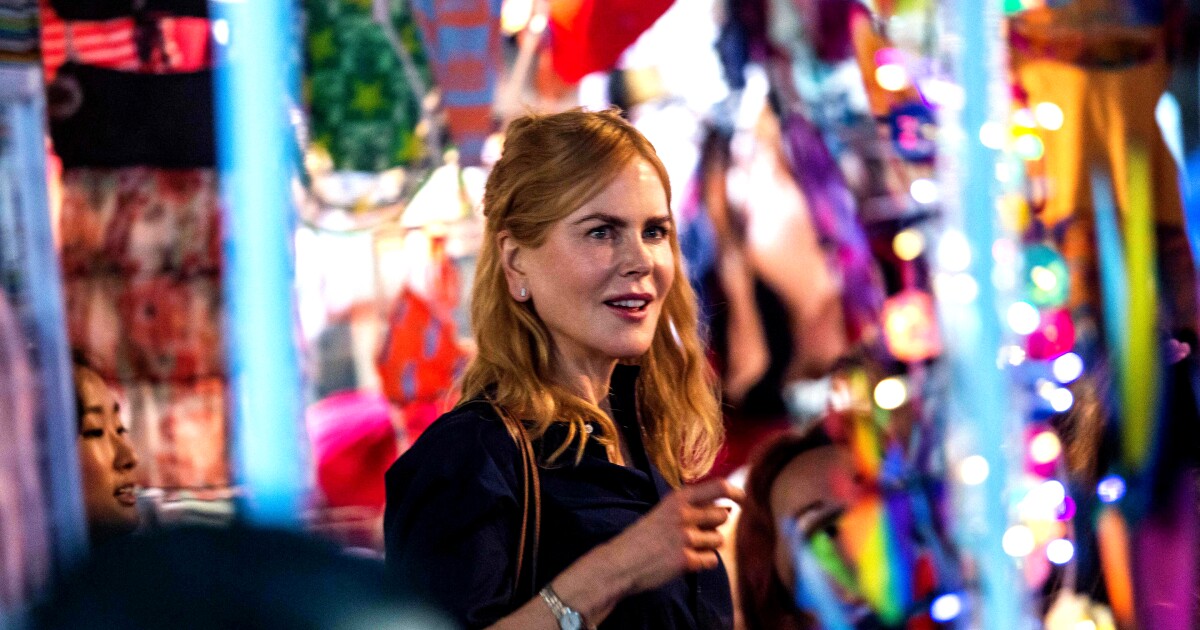 On a Thursday morning in Long Beach last month, the cast of Amazon Studios’ “Expats” series piled into a yacht. They were shooting a party scene that had shots of a child making their way through a forest of adults, followed by star Nicole Kidman‘s character, Margaret.

A few days later, production alerted those who had worked on location that three people on set had tested positive for COVID-19 and offered further testing.

But some crew members were unhappy with the way the cases were communicated and worried about whether quarantine protocols were being followed, according to interviews and emails reviewed by The Times.

“There was a general sense of panic on set,” said a crew member with knowledge of the matter who was not authorized to speak publicly. “It was a very, very close shoot.”

Hollywood unions stepped in. SAG-AFTRA prevented its members deemed close contacts, including minors, from filming, resulting in an early end to production.

“A SAG-AFTRA field representative discovered the issue during a scheduled visit,” spokeswoman Pamela Greenwalt said in a statement. “Our enforcement team called an immediate meeting with show representatives and ensured production was in full compliance with return-to-work protocols.”

“Our top priority is always the health and safety of our employees, cast and crew,” Tim Clawson, head of global production and publishing for Amazon Studios, said in a statement. “We have and will continue to follow procedures and notifications in accordance with Los Angeles County and Union guidelines for our productions.”

The show’s conflict, which is based on Janice YK Lee’s 2016 novel “The Expatriates,” about affluent Westerners in Hong Kong, highlights the delicate balancing act Hollywood faces as the industry continues to deal with the fallout of the pandemic.

Studios and streaming companies are under pressure to cut costs and deliver hot new shows to keep subscribers, while producers are burdened with bloated budget costs and industry safety protocols that are slowing filming . But the threat of the health crisis remains, with California seeing a spike in new cases.

As the pandemic has evolved, Hollywood safety protocols have also been successful in containing outbreaks from film sets, according to data from the Motion Picture Assn.

Last month, major unions in the entertainment industry agreed to extend until July 15 their back-to-work agreement with an alliance of major Hollywood producers including Amazon, Apple and Walt Disney. The deal reduced requirements around masking, testing and social distancing.

However, some of the “Expats” cast and crew, who declined to comment publicly for fear of reprisal, questioned whether the producers were following the rules after an outbreak on their set.

On Friday May 13, a day after the yacht scene was filmed, the production wrote to the cast and crew proposing that anyone who was on set that day or the day before could test for COVID-19 this weekend, according to an email reviewed by The Times.

This prompted some on set to ask if they had been exposed to anyone with the virus. In response to questions, some were told by production that three people had tested positive and their close contacts had been notified, according to emails reviewed by The Times. Two cast and crew members said they were annoyed that they were told only after asking. (OSHA rules require that the crew be notified within one business day of an outbreak. Union protocols require that only close contacts be alerted.)

“Not saying anything to people who might have been exposed, I thought was irresponsible,” said a crew member who was not authorized to comment publicly.

The entire cast and crew were notified on Monday that three people had tested positive for COVID-19 (one was later determined to be a false positive) and that all close contacts had been asked to take precautions.

The case came to the attention of SAG-AFTRA when an on-the-ground representative visited the set on May 19 and raised concerns about whether the producers were following union protocols to quarantine those who had been exposed to the virus. IATSE, which represents behind-the-scenes workers, also said in a statement that it was made aware of safety protocol issues in May, which it said it worked to resolve with other unions.

SAG-AFTRA and two other industry unions held an emergency safety meeting with producers and determined that the show’s cast could not safely perform their duties for 10 days, during which they should wear their mask.

The show ended up wrapping production early on May 23.

“That’s why the COVID safety protocols we’ve negotiated jointly with the studios and our sister guilds and unions continue to be critically important – so that when incidents do occur, they can be effectively addressed,” said said the Directors Guild of America in a statement.