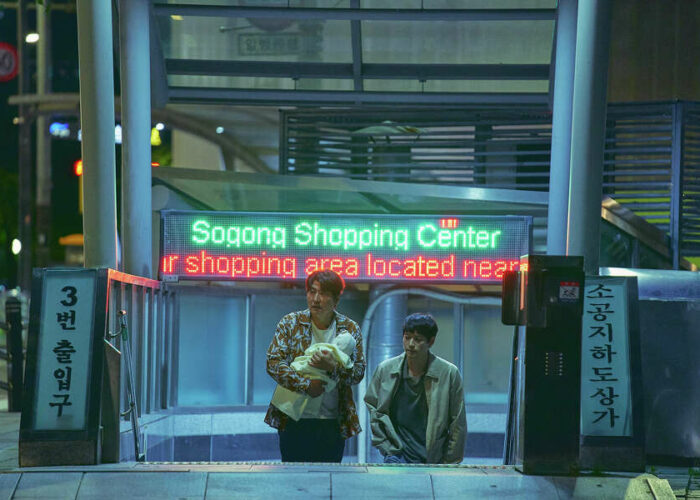 ‘Aftersun’, ‘Banshees of Inisherin’ among 20+ new movies this week

The South Korean film “Broker” is one of the films screened at the Museum of Fine Arts, Houston’s Korean Film Nights.

Photo: Courtesy of the Museum of Fine Arts

Here are the main releases coming to theaters or streaming this week.

“A Unicorn for Christmas”

Family film in which a girl finds a unicorn at a holiday carnival.

Romantic drama in the Sinhalese language of Sri Lanka about a man in love with two women.

Critically acclaimed film festival and independent favorite about a daughter’s memories of her father.

James Gray’s latest drama (“Ad Astra”) is a semi-autobiographical reflection of an interracial school friendship in 1980 and its ramifications through his family.

“The Banshees of Inisherin”

Colin Farrell and Brendan Gleeson star in Martin McDonough’s drama about the collapse of a lifelong friendship.

This drama, set in the Texas town of Seabrook, centers on a politician who must come to terms with his life after stepping down in disgrace after a scandal. Barry Corbin, Sean Farris and James Callis star.

Jennifer Lawrence and Bryan Tyree Henry star in a drama about an Afghan war veteran dealing with the results of a traumatic brain injury.

Cuban sci-fi film set in an alternate reality Cuba where Fidel Castro turns to genetic engineering to create a next-generation human to help usher in a socialist utopia, but these beings turn against their creators.

Theo Rossi, Jessica Capshaw and Sadie Sin star in a drama about a girl who finds unexpected support after she and her family suffer a major loss.

Toni Collette and Rosemarie DeWitt star in this comedy about a family bickering over the estate of a terminally ill aunt.

Romantic comedy in Arabic with the Anglo-Egyptian actor Amir El-Masry from the film “Limbo” and the series “The Crown” and “Industry”.

“God Forbid: The Sex Scandal That Toppled a Dynasty”

Documentary about the sex scandal that destroyed the career of evangelical Christian leader Jerry Falwell Jr.

Angela Bassett narrates this documentary chronicling NASA’s Mars Exploration Rover (nicknamed Oppy), which was only supposed to run for three months but ended up exploring Mars for almost 15 years.

Not rated. On view November 3-6 at the Museum of Fine Arts in Houston.

“Locked up in society”

German-language comedy in which a father goes to great lengths to get his son into such and such a school.

Nepali-language film from Nepal centering on a widower who gets involved in a new relationship that his sons disapprove of.

“The Minute You Wake Up Dead”

Mel Gibson and Kevin Dillon star in a thriller in which a caller threatens a talk show host’s family unless he plays a game of survival.

Japanese anime in which a popular singer named Uta reveals herself during a live concert.

Romance in Punjabi language of India.

“The Return of Tanya Tucker: With Brandi Carlile”

Documentary on the return of country singer Tanya Tucker.

“Something in the Dirt”

Filmmakers Justin Benson and Aaron Moorehead — the team behind cult indie flicks ‘The Endless’ and ‘Synchronic’ — return with a comedy horror in which two lazy Los Angeles neighbors decide to document strange happenings at their haunted apartment building .

‘Tad the Lost Explorer and the Emerald Tablet’

Contemporary love story in the Telugu language of India.