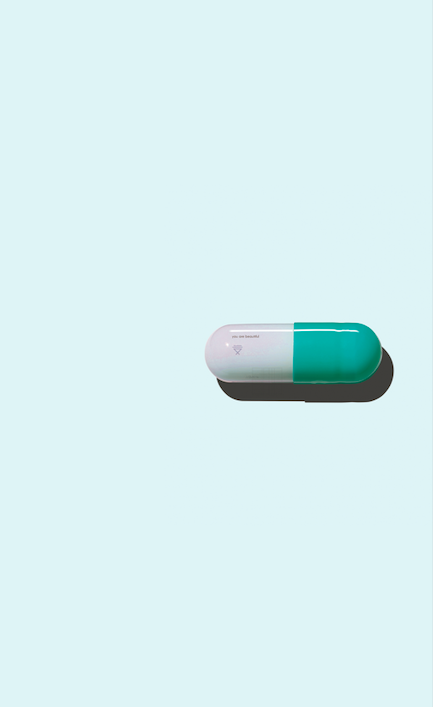 The Global Wellness Institute (GWI) describes wellness as “the active pursuit of activities, choices and lifestyles that lead to a holistic state of health”. The key phrase here is “active pursuit”.

The size of the global health and wellness market was estimated to be over US $ 4.4 trillion in 2019, a figure expected to grow to over US $ 6 trillion by 2025. The Global report Wellness Institute (GWI) reveals that the global mental wellness economy is worth $ 120.8 billion, based on consumer spending in four markets: senses, spaces, and sleep ($ 49.5 billion Brain Boosting Nutraceuticals and Herbal Medicines ($ 34.8 billion), Self-Improvement ($ 33.6 billion), and Mindfulness and Meditation ($ 2.9 billion).

According to Forbes, the wellness industry has acted as a stopgap for the failings of a failing healthcare system around the world, exacerbated by increased demand after the pandemic, which has prompted people to turn to healthcare solutions. alternative treatments like yoga or acupuncture. Built on the prospect of transformative wellness and becoming an active agent of our holistic wellness, the wellness industry quickly took a turn for the worse after corporate-backed “wellness gurus” have given an exclusive and elitist twist.

Earlier this year, wellness-focused cruises were announced with “Her Offers for Mind, Body and Spirit” with Gywneth Paltrow as Wellness Advisor. The wellness industry has long been criticized as exploitative and centered on rich, white experiences. Celebrities turned entrepreneurs like Gwyneth Paltrow were at the forefront of this rebranding. Its GOOP lifestyle and wellness brand is considered the epitome of whitewashed commercial wellness and has been accused of deceptive marketing using fringe remedies and misleading claims about nutritional supplements or medical devices. . Veganism and healthy eating are hallmarks of this wellness trend, the problem of which begins when they perpetuate eating disorders and body image issues. The modern wellness campaign has become a modern cult by peddling pseudoscience and repackaging ancient alternative medicines and practices into an unorthodox and ambitious way of life from which they can generate income.

The catalyst for this movement has been the celebrities and social media influencers who endorse these trends. Since celebrities have become the golden standards of not only new trends in fashion, appearance and lifestyles, but also health and wellness, you never know if a certain trend is popular. either because of its effectiveness or because of the star power of the celebrity supporting it.

The wellness industry is now dominated by wealthy white women who sell various diets and nutrition plans. This industry thrives on the promise of a lavish and serene life selling the promise of an impeccable “insta-worthy” lifestyle.

In the 2015 book The syndrome of well-being, authors Carl Cederström and André Spicer argue that the modern concept of well-being is based on obsessively tracking our well-being, while continually finding new avenues for self-improvement, leaving us little room for life. Wellbeing today is not just a state of mind or a way of life, but also requires following pop culture norms like following the trending diet or buying the latest expensive Peloton bikes.

The big flaw in this ideology of well-being is its inherent privilege. Well-being syndrome aptly asks, “Where does our concern for our own well-being leave the rest of the population, who suffer from a severe shortage of organic smoothies, diet apps and yoga teachers?” “

Critics of this movement also highlight the issue of hijacking as many Western welfare companies have borrowed crystal or ancient rituals, taking advantage of their exotic appeal, indigenous cultures without respecting its roots and abandoning the entire system that looms it. ‘accompanied.

The industry suffered a setback during the pandemic, but is now poised to rebound dramatically, especially as the prolonged lockdown and the pandemic situation have had a huge impact on people’s physical, mental and emotional well-being. .

The reasons for the increase in demand from the wellness industry can be broadly divided into two reasons. Accessibility to health care and wellness information through digital and social media has increased people’s awareness of their well-being. According to McKinsey & Company, consumers broadly define wellness as a multidimensional model of improving health, fitness, nutrition, appearance, sleep and mindfulness. Interestingly, COVID-19 has deviated each of these dimensions. This has led to an escalation of health, fitness and wellness apps focused on meditation, stress management, and sleep hygiene during the pandemic, including Fiit, Strava, Calorie counter, Calm, and Headspace. .

Recently, two popular TV shows are trying to dismantle the wellness cult. On fall television in particular, the flavor of the season is horror at wellness retreats. Nine Perfect Strangers, a Hulu series based on a novel of the same name that brings together the duo Liane Moriarty and Nicole Kidman from Big Little Lies. The series follows an assortment of nine characters who escape their troubles by reserving a spot at a posh California wellness center called Tranquillium owned by a mysterious Russian wellness guru Masha, played by Kidman. They quickly realize that they are getting more than they expected when they find out that they are being used as guinea pigs for a microdosing experiment and that their fruity drinks have not only been secretly fortified, but tailored to their profiles. individual metabolic rate. While the premise is intriguing, the execution leaves a lot to be desired, and the story is hampered by Kidman’s half-engaged accent and bizarre accent in addition to too many stories.

HBO’s production The White Lotus revolves around a motley crew of well-off Americans arriving at a lavish resort in Hawaii and the devious hotel manager who understands the need to bow to their egos and treat each one as a “special chosen baby”. This show takes a much more sinister and biting humor in pursuit of the well-being of the self-involved elite. It features more three-dimensional characters, each representing a particular vice, and a better-executed storyline than Nine Perfect Strangers. The White Lotus is a heady mix of dark comedy and gripping drama featuring guests who are blissfully unaware of their own privilege.

Both shows satirize the overly indulgent life of affluent whites and their obsession with their well-being, even if this comes at the expense of exploiting those less fortunate than them, with more or less money. success.

These two shows succeed in portraying the craze for consumer welfare that makes it exclusive and elitist by putting a fanciful price on health. The take-home message is simple: wellness is a commodity that a privileged few can afford.

(Rabeea Saleem is an associate clinical psychologist and freelance journalist. She can be reached at [email protected])

What is Don Cheadle’s net worth?