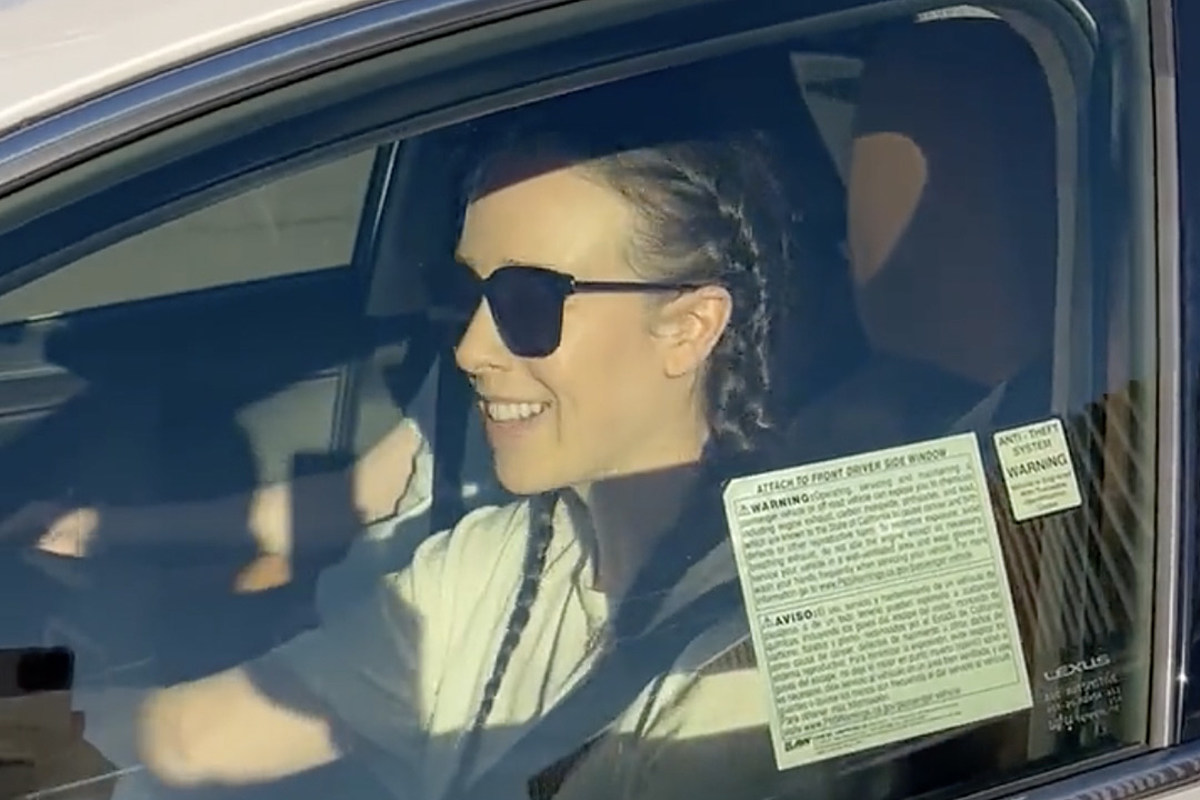 Allie X has released an official statement after being accused of leaving her dog in a hot car.

The ‘Not So Bad In LA’ singer was called a ‘disgusting Karen’ and accused of animal abuse by fellow artist, writer and actor Simon Curtis over the weekend. Curtis posted a video of Allie pulling her car out of a parking spot and visibly laughing on Twitter. He asked for help identifying the then-unknown woman and claimed she left her dog in the car with the windows open “for almost 20 minutes” in extreme heat.

Curtis said they called the police and waited for the dog’s owner to return.

“A larger breed dog can DIE in these conditions in six minutes, and that fucking filthy ghoul with her stupid ponytail braids came out and ROLL HER EYES and giggled when she came out to find a small crowd around of his car,” he wrote. Curtis added that Allie claimed her dog – Koji – had only been in the car for about five minutes.

“I literally thought I was about to watch a dog die,” he added.

After other Twitter users tagged Allie in the video, he posted several additional tweets. He also retweeted a post that allegedly showed the phone call another Twitter user made to contact police about the situation.

In another tweet, he encouraged followers to listen to his music as long as they “don’t abuse dogs.”

Check out his tweets below:

Allie responded to the flurry of tweets with her own message today (August 8). In a statement from the Notes app, she shared her story. The “Hello” singer said she stopped by the store after taking Koji for a walk.

“Koji is extremely socially anxious, so I parked right at the entrance, checked my thermostat, and made the quick decision to let Koji continue to nap in what I thought was a cool, cool environment. safe for a few minutes as I ran in and out.”

She said the stop took 11 minutes and her dog was fine when she returned.

“I say this as facts, not defensively,” she added. Allie explained that she was laughing because she was “frightened and uncomfortable with these two men outside my car”.

“These details matter, and because of the dramatizations, I have received hundreds of attacks and death threats made even more terrifying by the fact that this person published my face and identifiable information for the sole purpose of doxing me. .”

The singer apologized for the situation and explained that she was unaware that it was illegal to leave a dog in a car with the windows open. She said she thought it was a better decision to leave the windows closed since the air was on before she got out of the car.

She also thanked Curtis for his concern but expressed her belief that the situation was mishandled.

“I certainly would have been happy to talk to you about Koji and his well-being if I hadn’t been afraid of you and your aggressive behavior,” she wrote. “Intimidating me, making fun of my appearance, etc. is a strange way to fight for animal rights… so is this an opportunity to promote your music?”

She ended the statement with a reference to Koji, “Koji’s philosophy is to see the best in people, so maybe we should both give it a try.”

Red his full statement below:

Curtis responded in turn and shared a different timeline than Allie. He said he was at Allie’s car for 11 minutes before calling the police and 17 minutes before she returned to the car.

“The video I posted was to find out the identity of the person who laughed in the face of 4 people waiting by his car (me, my partner, Sportsman Lodge security and another worried man), for exactly 17 mins,” he tweeted.

The singer also wrote that his tweet promoting his music was “a joke in response to the flood of psychopaths saying I made up this ghoul locking up his dog to ‘promote my music’.”

Read his tweets below: