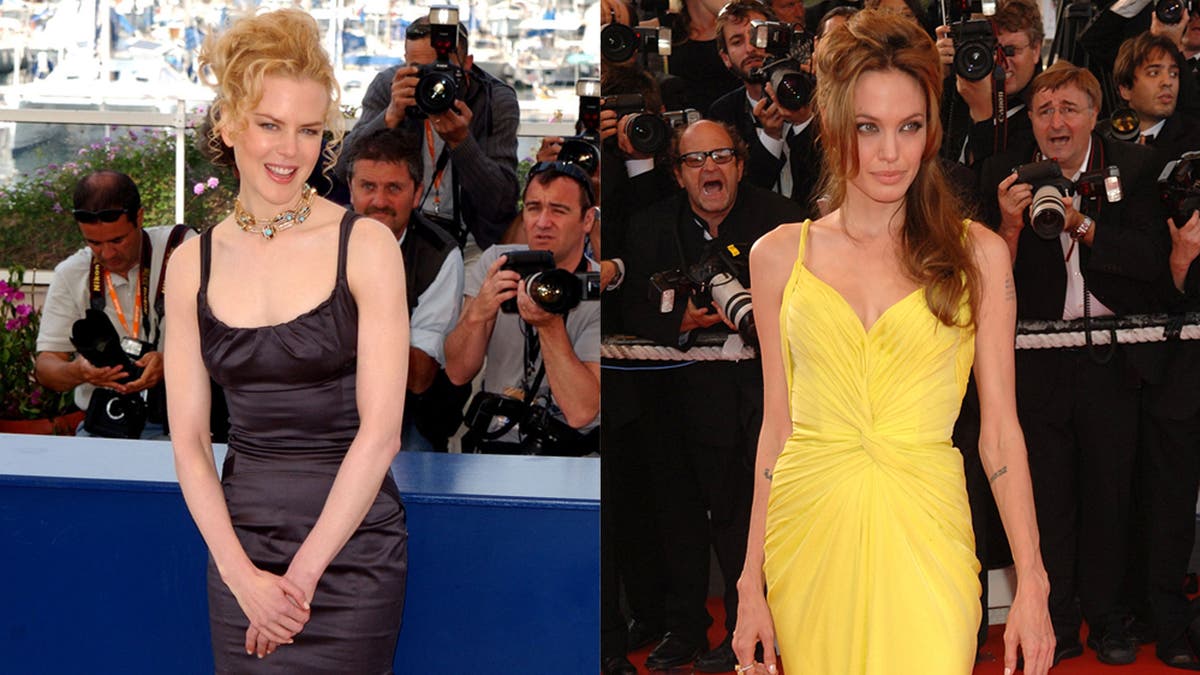 Following last year’s cancellation due to the coronavirus pandemic, stars and industry insiders will once again be traveling to the south of France this summer for the Cannes Film Festival, starting July 6.

As well as releasing new films, the festival is famous for its glamorous fashion, with celebrities bringing us many memorable red carpet moments over the years …

This lime green dress is as fashionable today as it was when Liz Hurley arrived at the premiere of her boyfriend Hugh Grant’s Extreme Measures movie in 1996.

Another example of a ’90s trend that has returned, this cowl neck bodycon dress worn by Geena Davis in 1997 is simply stunning.

Kate Moss and Johnny Depp were the definition of #couplegoals in the 1990s. The model chose this fabulous, off-the-shoulder feather-trimmed dress when the couple attended the Cannes premiere of Fear And Loathing In Las Vegas in 1998.

The sartorial equivalent of a champagne flute, Anjelica Huston’s shimmering gold column dress from 1999 is a timeless classic.

Model Heidi Klum literally took the red carpet dressing in 2000, with this scarlet gown, which featured cheeky gathered details at the back.

Pretty in pastels, actress Patricia Arquette chose this candy-colored fluid dress while attending the festival in 2002.

Proving that you can’t go wrong with an LBD, Nicole Kidman accessorized this satin cocktail dress with nude heels, a trendy necklace and a tousled look.

9 and 10. Brad Pitt and Jennifer Aniston

A snapshot of Brad and Jen’s glory days, it’s a perfect example of why the incredibly beautiful couple were the ultimate Hollywood couple. Often in matching monochrome outfits, their style was understated but still relevant.

Another actor who always succeeds on the red carpet, Leonardo DiCaprio likes to stay classic with his tailor-made choices.

Often going all black at movie premieres, Angelina Jolie changed it up in 2007 with this bright yellow dress.

Acting icon and national treasure, Helen Mirren knows how to exploit her strengths on the red carpet, accessorizing this black one-shoulder dress with lots of sparkly bling.

Watch these 11 titles before they leave Netflix in July