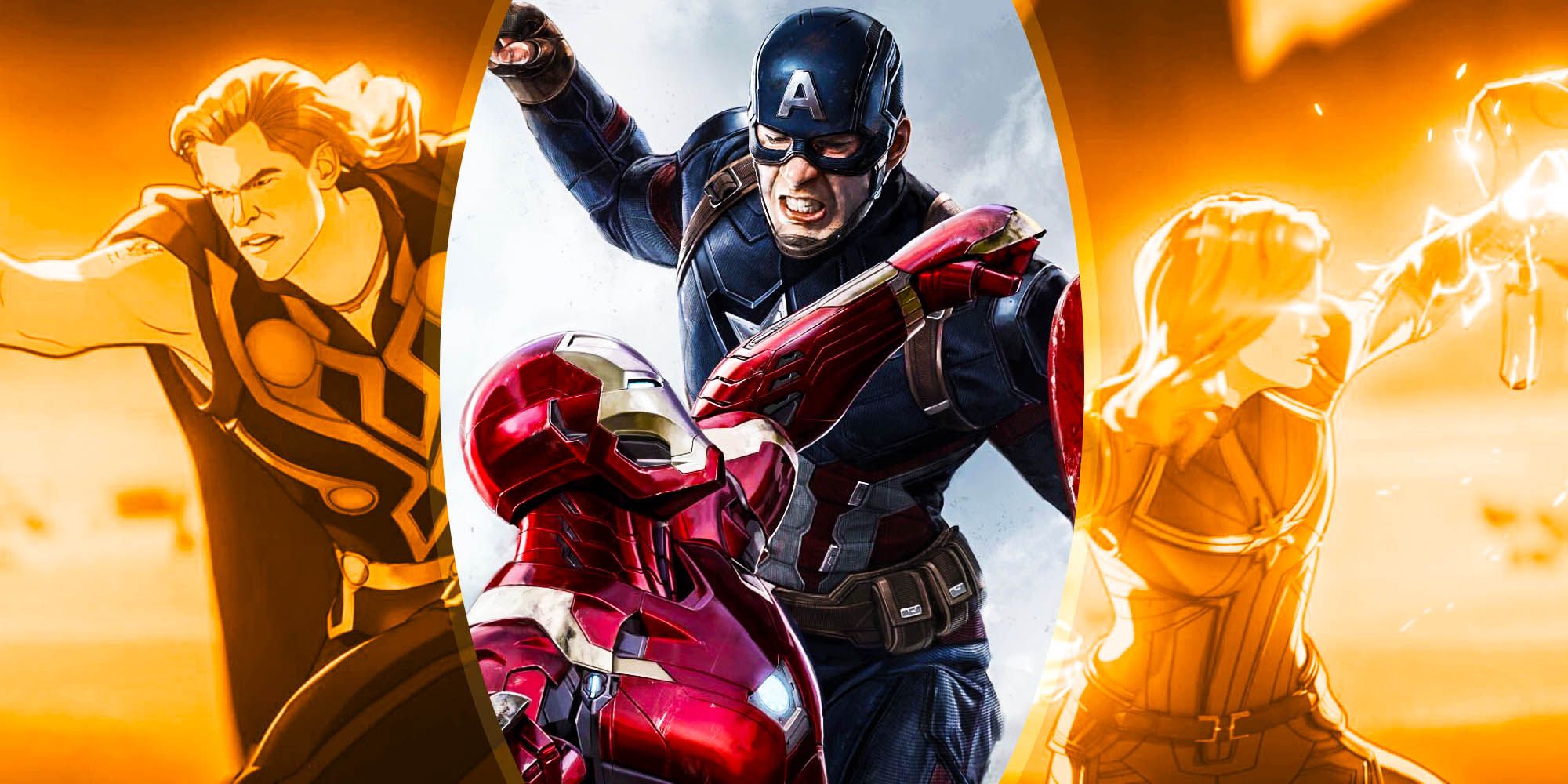 What if … from Marvel? fought an epic fight between Thor and Captain Marvel, and it put the Avengers and Captain America: Civil War to shame.

Warning: this article contains spoilers for What if…? episode 7.

Captain Marvel and Thor faced off in What if … from Marvel?, and he put The Avengers and Captain America: Civil War to shame. What if…? Episode 7 got Thor (Chris Hemsworth) to lean into his inner party animal. In the episode, the God of Thunder lives as an only child, making him desperate to escape the boredom of everyday life. So when his mother, Frigga (voiced by Josette Eales), goes on a trip, Thor takes the opportunity to throw a giant party on Earth. However, Thor’s parties can cause planet-ending disasters, so he finds himself on the wrong side of Captain Marvel (voiced by Alexandra Daniels).

The Marvel Cinematic Universe has brought several memorable superhero battles to life. In The Avengers, Thor confronts Captain America (Chris Evans) and Iron Man (Robert Downey Jr.), as the three change the forest landscape while fighting for Loki. This is the MCU’s first major fight among members of the Avengers. Captain America: Civil War then offers several confrontations of superheroes. The airport battle between Iron Man and Captain America’s teams features Spider-Man (Tom Holland) and allows each hero to show off their unique powers. Later, the film also features Iron Man taking on Cap and Bucky Barnes (Sebastian Stan).

The battle of Captain Marvel and Thor surpasses previous MCU superhero fights. In the episode, Maria Hill (Cobie Smulders) calls Captain Marvel on Earth to stop Thor’s party. Thor doesn’t want his celebration to end, so Captain Marvel resorts to punches. The battle is an Earth-wide confrontation between two divine figures. Thor hits Captain Marvel from France in the UK, also destroying Stonehenge to piss him off. Carol Danvers returns the favor, sending Thor back to America. The pair go blow for blow, even creating a lightning spectacle in the sky. Eventually the two reunite in France, with Thor putting Mjolnir over Captain Marvel to signal the fight is over. Thor’s party guests call Captain Marvel a “party animal. “

What if…? episode 7 does justice to the superheroes. While the MCU has delivered several memorable character fights, they’re all pale compared to Thor’s scale against Captain Marvel. Of course, a massive superhero fight wouldn’t stay confined to a single airport like in Civil war. In What if…?, Thor and Captain Marvel aren’t even limited to the same country. Plus, the combat takes the previous MCU moments and makes them better. In The Avengers, Iron Man uses Thor’s lightning against him, fueling his costume by 400% thanks to the God of Thunder. Captain Marvel takes it to the next level in What if…? Episode 7, apparently absorbing a constant onslaught of Thor’s energy to pulverize the God of Thunder into a crater.

Of course, not all superhero fights are created equal. As an animated series, What if…? isn’t limited to the constraints of live MCU movies. So, an episode that shows superheroes hitting each other across countries creates a fun visual. If this were to happen in a live-action movie, it might just sound silly. However, live-action movies bring a realism that What if…? could never reach. So seeing Hemsworth’s Thor swing Mjolnir in The Avengers will always trump seeing it do it in a cartoon. Yet that doesn’t make her fight in What if…? less exciting. Like Iron Man and Captain America in Captain America: Civil War, both sides have their merits.

What if … from Marvel? releases new episodes Wednesdays on Disney +

Bill is a seasoned reporter who has been covering entertainment and fandom since 2014. He’s done everything from scrapping the Game of Thrones pilot script in a library in Texas to finding out why Steve left Blue’s Clues. . He also enjoys eating Taco Bell and drinking chocolate milk.