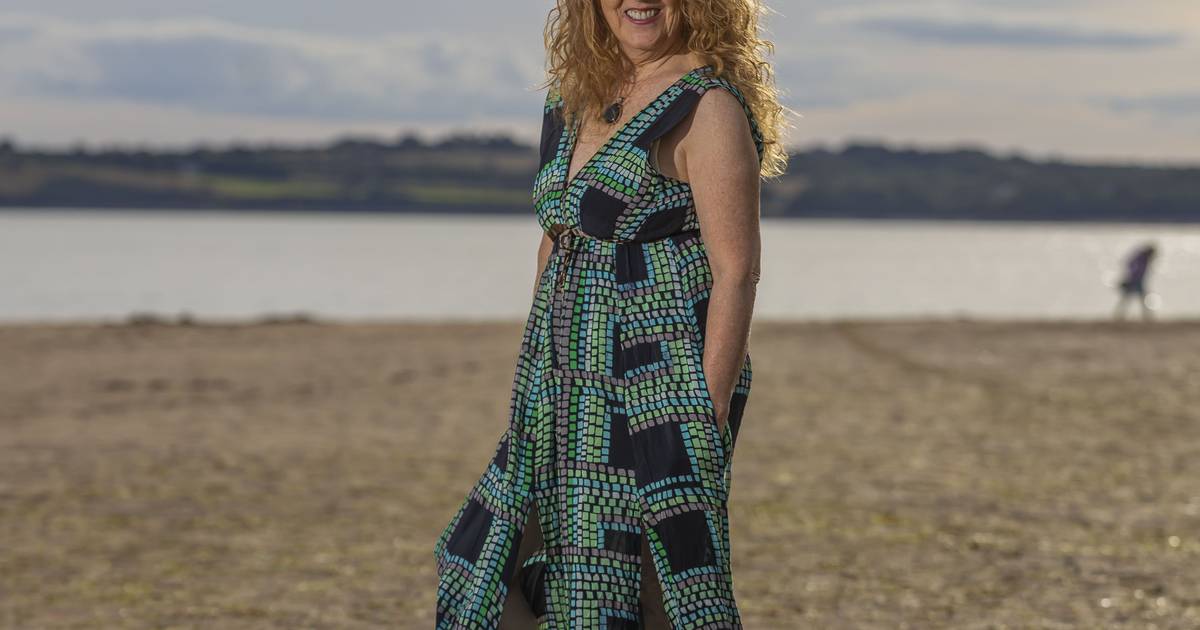 Cavan’s personal chef cooks for the stars – The Irish Times

Celebrity personal chef Áine McAteer is no stranger to making waves. Cavan’s 66-year-old wife has traveled the world cooking for actors like Nicole Kidman and Tom Cruise, and musicians like Ringo Starr and Anthony Kiedis.

She’s had celebrity clients ask her to cook with cannabis — legal in California; wild meats from Native American hunters; or exclusively vegan and macrobiotic foods.

Her next job “always comes from the left,” she says, since moving from New York – where she studied macrobiotic cooking and worked at Japanese restaurant Souen – to Kauai in Hawaii, where it is common for celebrities have second homes.

“I was one of the most experienced chefs on Kauai, and also because of my connection to food and healing, I was called upon to cook for people,” she told The Irish. Times. “I was diagnosed with an underactive thyroid in the 1970s and became interested in the idea that food was a transformative tool in terms of health.

“Then I met my dear friend Barbara Orbison, the year after [her husband, the American singer] Roy passed away and she took me traveling with her. We have had many adventures together. We went to Australia together for her 50th birthday for a month… She was a very dear friend. I met people thanks to her. I had Tom and Nicole’s job for a few years, traveled quite a bit with them, then I was with John Cusack for four years… It can be a bit daunting coming into the life of these people for the first time, but then you realize that they are just people.

A publishing deal with Penguin followed in 2003, for his book Recipes to Nurture.

McAteer makes “healthy foods great tasting for people who wouldn’t normally seek them out,” she says.

“I was lucky to have clients. There are obvious demands of the job…logistically, when you’re cooking for a very busy family and they’re doing night shoots and they want dinner at six in the morning when they get home. It can get a bit stressful at times, but I’m extremely flexible, I always manage to fit in.

It was through her current client, Anthony Kiedis, leader of the Red Hot Chilli Peppers, who is an avid surfer, that she met Kassia Meador, a pro-longboarder. Meador and McAteer, along with a team of ladies, are hosting a surf retreat called Salty Sensations in Sligo at the end of this month.

“They gave me the mission of distributing food all day to surfers. I’ll be sourcing vegetables from Knocknarea Farms in Sligo, so the food will be very seasonal, and the seaweed is so important there that I’m really looking forward to seeing what I can cook.

McAteer, who turns 67 this month, wants to ride a wave for his birthday. Growing up near Cavan’s many lakes, she remembers being warned about water as a child and hearing stories of drownings, which led McAteer to develop a fear of water. water.

“I was so inspired to be surrounded by these women and the women who attend these retreats. Some are between 40 and 50 years old and their children have left home and they have decided to take up surfing. We also had a 14 year old boy. Surfing terrifies me a bit, but I’ve always believed that when we face a fear, it’s very liberating. We always think that when we get older it’s too late to try anything, but I really don’t want to live my life like that.

As a child, McAteer foraged dillisk and dried it to serve at his uncle’s pub in Donegal, and picked nettles, apples and blackberries with his mother or grandmother – his two biggest food influences. Nature was full of healing remedies, he was taught.

“Grandma always had a remedy from nature. It wasn’t always tasty – sometimes it was disgusting – but the remedies were always food-related, whether it was barley water for our lungs or castor oil.

“Now picking has become very trendy, but I remember grandma going out picking nettles and blackberries, I remember having a primrose picnic. There was a real connection with nature where we lived,” she continues.

“We grew a lot of our own food. We had a large orchard. Mom made apple jam. I remember one time when mom was in bed I decided I was going to make apple jam for her and I climbed the apple trees, threw the apples in a jar and put it on the old cook – of course I burned it to pieces – but mum sang my praises and made me feel so proud of me, that I had done this for her.

McAteer recalls an “ease” around food as a child. Now, for her private clients, whether it’s someone with multiple sclerosis or an “actor who wants to look good in movies,” she brings that same energy into her food and cooking.

“Mom had a very simple way of preparing food. There was always a good hot meal and she had a way of making food really good, naturally. There was a feeling of ease around the kitchen. It never seemed stressful to him, although I’m sure it did, and I think I inherited this ease by osmosis.

“In my job, I really get to know the person. You feed people on many levels. Even your energy is important because it is the energy you bring into their home. If I’m stressed, I’ll pass it on. So I meditate and take care of myself, so the energy I bring to them is nourishing.

She adds, “Most people my age have retired, but I don’t think about retirement. I just see myself continuing to evolve. I learned so much from my experiences, and I feel like I have so much to share with people. The attitude that age is something we have to fight is wrong. Sure, I have wrinkles, but they’re hard-earned.

In the process of writing a new vegan dessert cookbook, McAteer says she has a collection of staple recipes that private clients always request.

“My chia puddings topped with a cream of cashews and chia that I dunk in fruit juice, my customers literally have to have them every day.

“Another staple dish is what I call my ‘turkey rock n’ roll’ – a stuffed turkey made with ground turkey and a leek and pesto stuffing. You roll it up like a Swiss roll and bake it, then I serve it with mushroom sauce and sesame ginger green beans with crispy shallots. I always have it in the evening one of the surfers’ retreat.”

The Salty Sensations Women’s Surf Retreat takes place from August 29 to September 2 and costs €1,850 per person, including accommodation at the Gyreum Eco Lodge, meals by Áine McAteer, healing sessions and treatments. See rebelsurf.com/salty-sensations-ireland