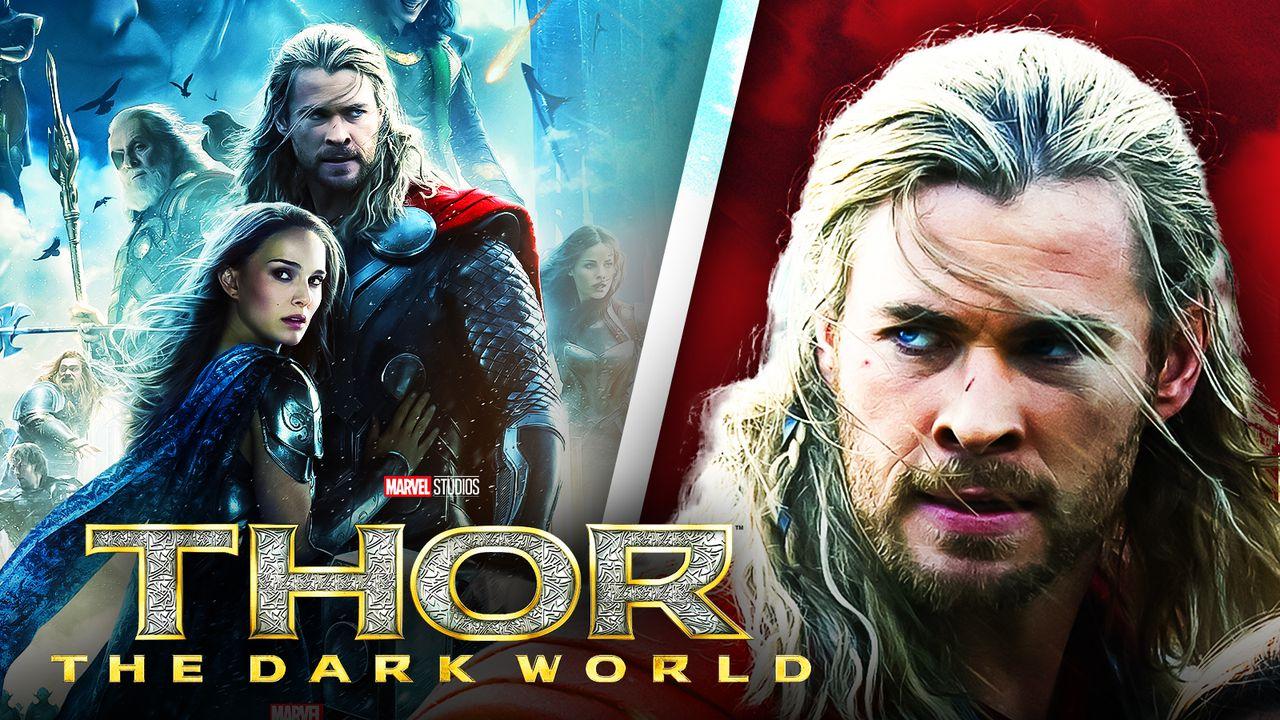 Thor was first introduced to the MCU as a Shakespearean god, but after his first two solo adventures proved unpopular, director Taika Waititi came on board to take the thunderous Avenger in a new direction with Thor: Ragnarok. Chris Hemsworth‘s Asgardian has since risen to the top of most beloved heroes, as many have resonated more closely with the comedic, unpredictable nature he portrays through Ragnarok, Infinity War, End of Gameand love and thunder.

Just before Waititi came to reinvent the God of Thunder, Hemsworth’s Thor suffered the most gruesome mistake in his MCU history to date: The dark world. The Alan Taylor-directed film is considered by many to be among the MCU’s worst entries thanks to its forgettable acting, bland villain in Christopher Eccleston’s Malekith, and goofy humor.

Nowadays, The dark world keeps coming back into the conversation for the worst MCU episode – just like Malekith when it comes to the worst villain debate. But it looks like fans aren’t the only ones unhappy with the second. Thor film, as the main man himself shared his disappointment with his arc in the film.

During a recent career retrospective with Vanity Fair, Thor actor Chris Hemsworth explained why he was disappointed with Thor: Fortress of Darknessand how he felt Taika Waiti Ragnarok upgraded the MCU’s God of Thunder.

Hemsworth described how he felt “a bit disappointed with what [he’d] Finished” in The dark world. But when Waititi took over for Ragnarokboth mutually “decided not to be bored” of the character and “go in a different direction:”

“I was not happy with what I had done in Thor 2. I was a little disappointed with what I had done. I didn’t think I grew the character in any way, I didn’t think I showed the audience something unexpected and different. And then when Ragnarok came, out of my own frustration of what I had done, and it’s not about any other director or anyone, it was my own performance. I really wanted to break the mould. And I said that to Taika and I think the conversation we had was, I said ‘I really miss Thor.’ And he said, “Yeah, I really miss Thor too.” And then we decided not to be bored and every time that feeling kicked in, we went in a different direction.”

The Aussie actor went on to explain how they “dismantled the character” for Ragnarokand pushed to make him “a little more unpredictable:”

“And so we just dismantled the character, we wanted him to be a little more unpredictable, we wanted him to be in different circumstances than he was in before, and also for the humor to come out. I had a great relationship with Taika, and we had a great sense of humor and banter with us. And I thought, let’s make sure we put that in this space. And the character he played from Korg was so there. So it was kind of a lot of him and me improvising, like our most truthful version of ourselves.”

Has the MCU taken Thor the right way?

Many who enjoyed the MCU’s Shakespearean take on the Asgardians from its earliest appearances ended up being less interested in Waititi’s new comedic direction. And yet, one could argue that the more recent direction is more consistent with where the character should be after losing almost everyone they love, suffering a crushing defeat, and unlocking new godlike abilities.

Regarding Hemsworth’s comments on Thor: The Dark World, it’s certainly interesting to hear that the MCU star was just as unhappy with his sequel as the fans. In general, The dark world did little to advance Thor as a character, while proving to be one of the most bland and forgettable adventures in the MCU.

As Hemsworth’s Thor becomes the first hero to direct four solo outings while Waititi also becomes the first director to tackle the god of thunder twice solo, who knows where the Asgardian will go love and thunder after Avengers: Endgame.

The first three Thor the movies are now streaming on Disney+; Thor: Love and Thunder hits theaters on July 8.