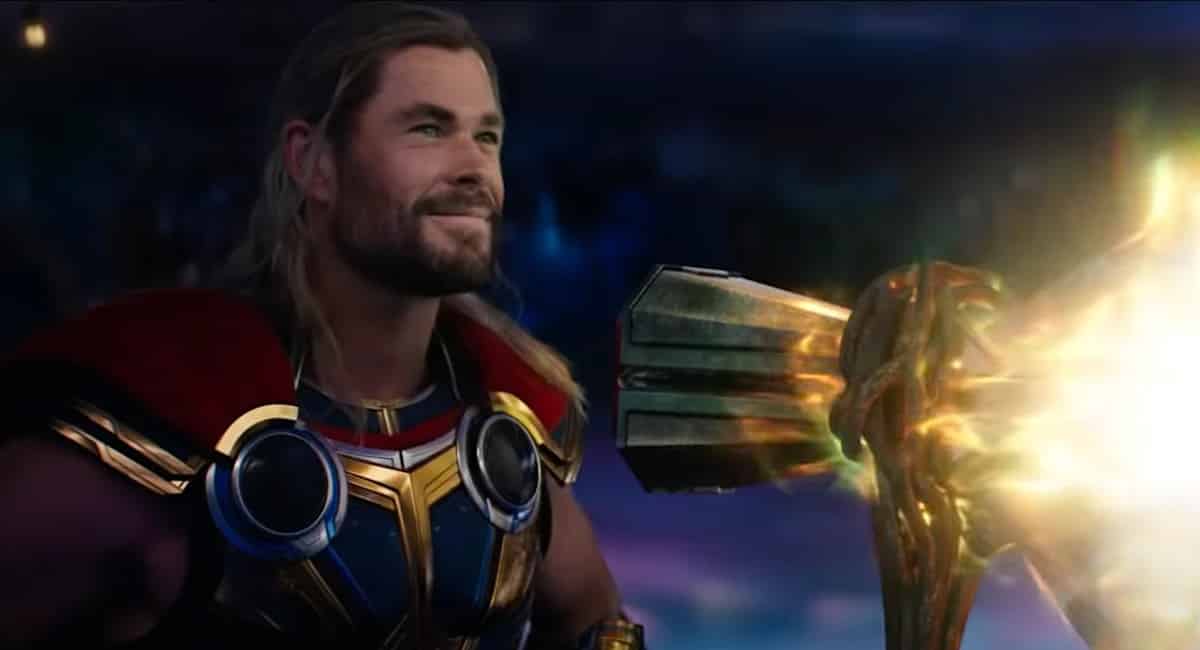 Thor: Love and Thunder officially released earlier this month and the film received mixed reactions from fans. Some enjoyed it while others weren’t too happy with the outcome of the film. The debates around the film have been all the rage on social networks.

Nonetheless, Thor himself, Chris Hemsworth posted some behind-the-scenes photos showing his time on set. In the photo, he reveals an interesting fact about a certain actor from the film. It looks like the two actors are actually closer than you might think.

If you haven’t seen the film, we advise you to go watch it first and come back to this article. The item will have MAJOR Spoilers so you have been warned!

Love was the daughter of Christian Bale’s character, Gorr the God Butcher. At the start of the film, Gorr is seen mourning the death of his young daughter. He tried to ask for help from a god but all he got in return was mockery. As soon as he has the Necrosword in his possession, he runs through the whole movie trying to kill all the gods, hence his name. By the time we reach the end of the film, we see that he resurrects his daughter, eventually dying and asking Thor to watch over her.

RELATED: Thor: Love and Thunder Review – The World Will Want More Even After 4

The girl is later named “Love” and becomes Thor’s daughter. The duo becomes a team and is called “Love and Thunder”. It’s a sweet ending and what makes it even sweeter is the fact that Love is played by Hemsworth’s own daughter, India Hemsworth.

Chris Hemsworth posted two behind-the-scenes photos on his Instagram. A photo shows him with India on set during the premiere Thor film and the second both on the set of Thor: Love and Thunder. The caption reads: “Here are two photos of me and my daughter. One was her first time on set 11 years ago, the other is most recent on Thor: Love and Thunder. He’s my favorite superhero.

A family affair for Chris Hemsworth

According to director and screenwriter Taika Watiti, the children who featured in the film were related to the main actors. Chris Hemsworth’s three children, Natalie Portman’s two children, Christian Bale’s children and even Watiti’s children were involved.

“The idea really started when Chris was talking about [his daughter] India. And he was like, ‘Oh, you know, it would be pretty cool for me to be in a scene with my daughter.’ I started looking around like, oh, everyone has kids. All of these actors have children.

RELATED: The Mighty Thor: What Could Be The Hero’s Next Step After Thor 4?

There was a moment in the movie where Chris Hemsworth’s character is with a Wolf Woman where they both share a passionate kiss on top of a large wolf. Pataky has also been featured in Thor: The Dark World as Jane Foster for the film’s post-credits scene and as Sakaaran’s nurse in Thor: Ragnarok.

What’s next for Love and Thunder?

At the end of one of the post-credits scenes, a message “Thor will be back” appears on the screen. The God of Thunder will return but there has been no official word on where we might see him again in the MCU. Fans have speculated that we might see it in Loki season 2 but no one besides Marvel Studios knows. It could be presented as a small cameo in the next year Guardians of the Galaxy: Vol. 2 but everything is secret.

We hope we can see more love in future MCU projects. She could be part of the Young Avengers crew. Whether the character is played by India Hemsworth in the future, the character will be an important addition to the MCU. As long as Chris Hemsworth continues to play the mighty God, his family will always have a role to play in the Thor franchise.

Have you seen Thor: Love and Thunder Again? How was your experience? Are you excited to see more Chris Hemsworth as Thor in the future? Let us know in the comments and don’t forget to follow us on all our social networks!

KEEP READING: X-Men ’97 and Marvel Animation Are Coming to SDCC in a Big Way