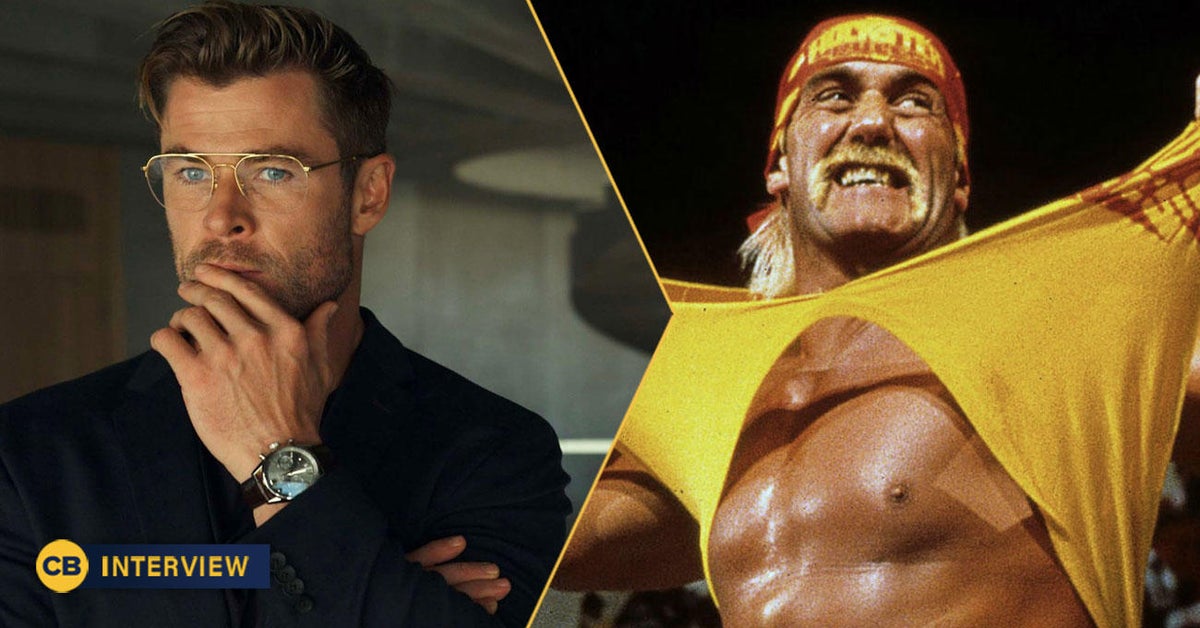 Chris Hemsworth is busier than ever, as the Marvel favorite will soon be on screen again as Thor in Thor: Love and Thunder as his other new movie Spiderhead is about to launch on Netflix. Another slated project in the works is the previously announced Hulk Hogan biopic starring Todd Phillips, but not much has been heard from the film in a while. ComicBook.com’s Chris Killian recently spoke to Hemsworth about his new movie, and during the conversation, Hemsworth provided a movie update on one of Wrestling’s most iconic stars.

Hemsworth was asked how many shirts he tore up in preparation for the Hulk Hogan-focused film, and Hemsworth revealed that unfortunately he hasn’t torn any shirts yet. “(Laughs) That movie is in a while. It’s kind of in the development stage, you know, and if it comes to fruition, great. Todd Phillips is brilliant. I haven’t ripped off any shirts yet, but you’ll be the first to hear about it when I do,” Hemsworth said.

The movie was announced in 2019, and if it comes to fruition, it will be released on Netflix. Hemsworth is excited about the project and has previously revealed that he is dedicated to turning into the character in both physique and attitude.

“This movie is going to be a really fun project,” Hemsworth told Total Film. “As you can imagine, the preparation for the role will be incredibly physical. I will have to gain more height than ever before, even more than I put on for Thor. attitude.”

“I’m also going to have to take a deep dive down the rabbit hole of the wrestling world, which I’m really looking forward to doing,” he added, before noting that he’ll have to die his blonde hair and add some baldness. and a mustache to complete the Hogan brand look.

Phillips also recently revealed he’s been working on the sequel to the mega-hit Joker movie, so hopefully the Hogan movie can make it to the finish line between Phillips and Hemsworth’s busy schedules.

What do you want to see from Hemsworth’s Hulk Hogan movie? Let us know in the comments or as always you can chat all things wrestling with me on Twitter @MattAguilarCB!