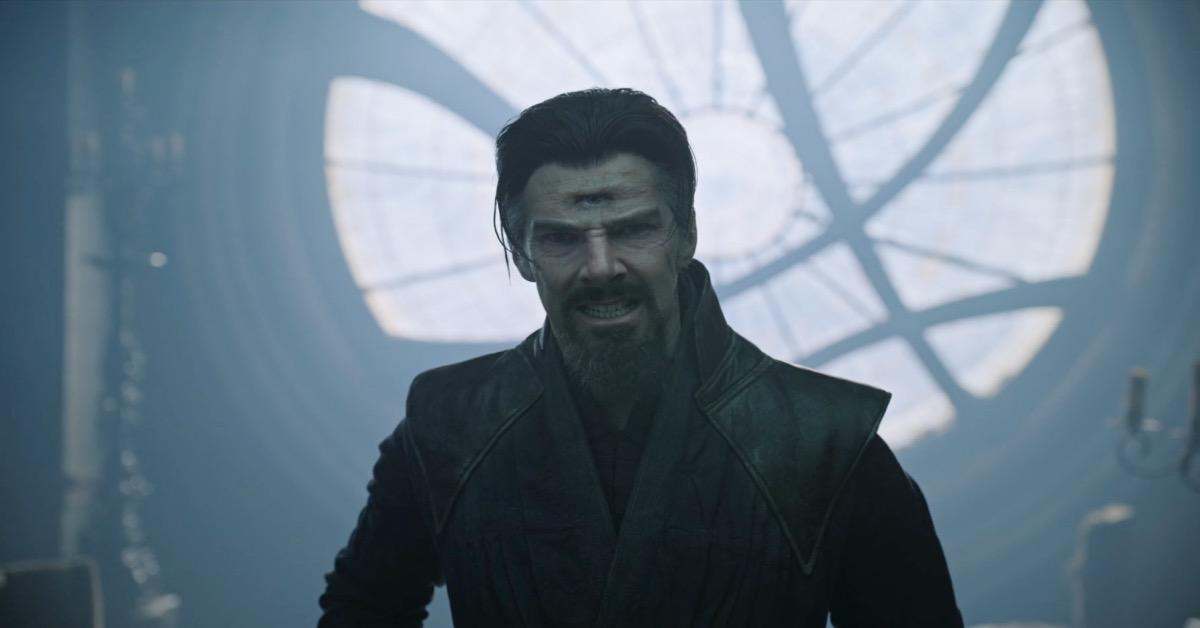 Marvel Studios has officially released The Multiverse Saga to the world with projects like Loki, Spider-Man: No Coming Home and Doctor Strange in the Multiverse of Madness. The latter of the bunch pushed the studio beyond what we were used to with the multiverse and introduced us to the idea of ​​incursions. An incursion occurs when two universes are about to be destroyed and Strange provokes one during his fight against the Scarlet Witch. Doctor Strange in the Multiverse of Madness featured a lot, including the return of Patrick Stewart as Professor Charles Xavier, but the film also removed a lot of cool moments. One of the deleted scenes from the film featured Scarlet Witch murdering Baron Mordo from the main Marvel Cinematic Universe timeline.

In a new Instagram post, Jeremy Simster, a storyboard artist for Marvel Studios, revealed deleted scene art featuring Scarlet Witch and Baron Mordo. In the art you see Scarlet Witch decapitating the wizard and it’s pretty gruesome. The scene probably isn’t canon and Mordo is probably still alive in the MCU, but it would have been a sight to behold. You can check out the storyboard art below!

The studio recently unveiled its plans for the next three years with two new avengers announced movies. Avengers: Kang Dynasty and Avengers: Secret Wars both will make their way to theaters in 2025. It might seem like a long way off, but Marvel has been known to tease their next movie with post-credits scenes. But, it looks like they might do it differently this time around. During a new interview with ComicBook.com, Marvel Studios boss Kevin Feige reveals how the post-credits scenes could develop into the next two Avengers movies.

“Truth is, all beacons are never just about the future. There are beacons that eat shwarma, Captain America saying you know you have to learn patience, sometimes, you know, you wait for something that doesn’t “It’s not worth it. So they’re still fun for us,” Feige told us. “We don’t want everything to feel the same. So some beacons will connect and some won’t. Some movies and shows will connect, some won’t. I think it’s equally important that we can have standalone intro stories like Ms. Marvel, like Moon Knight, in addition to things that interconnect and build toward a larger story. A lot of what we did was build this larger story, obviously with The Kang Dynasty and the multiverse saga, and now I think people will hopefully come for the journey. Both where you’re on the express train to the finale, also when it’s fun, like a lot of our Phase 1, 2 and 3 movies were.”

The last Marvel Studios movie to hit theaters was Thor: Love and Thunder. The film is directed by Taika Waititi and will star Chris Hemsworth as the lead role, Tessa Thompson as Valkyrie, Natalie Portman as Jane Foster/Mighty Thor, Russell Crowe as Zeus, Jaimie Alexander as Lady Sif, Chris Pratt as Peter Quill/Star . Lord, Sean Gunn as Kraglin, Dave Bautista as Drax the Destroyer, Karen Gillan as Nebula, and Christian Bale as Gorr the Butcher God. In addition to directing, Waititi will also reprise his role as Korg. Thor: Love and Thunder is exclusively in theaters now!

What do you think of the deleted scene? Let us know in the comments below or by hit our writer @NateBrail on Twitter!