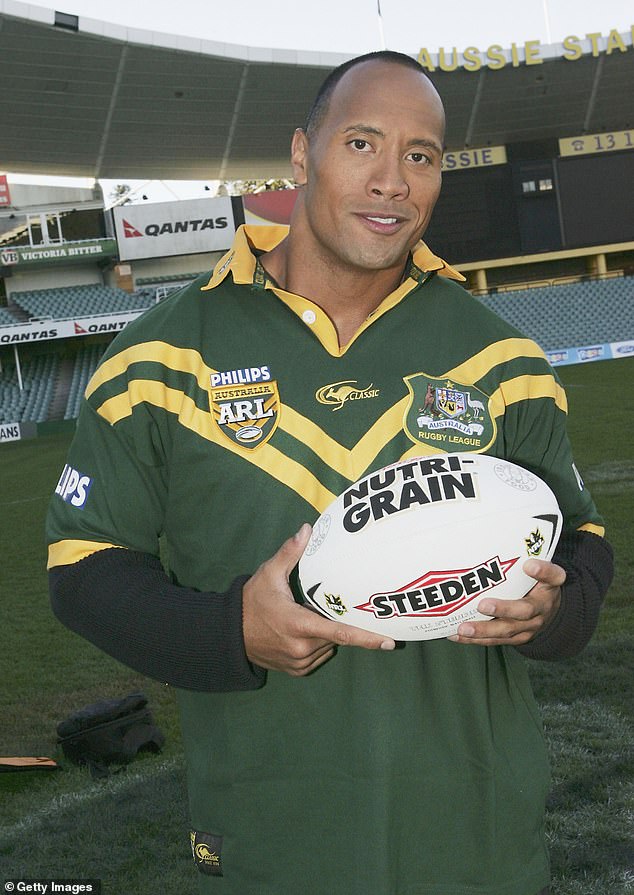 Ready to rock and roll! Hollywood superstar Dwayne Johnson could be the face of rugby league in America as the NRL looks to play a game in the United States next season

Hollywood star Dwayne “The Rock” Johnson has become one of the most popular and beloved people on the planet – and he could soon be the face of rugby league in America.

The NRL is currently studying the feasibility of playing a competitive game in America for the very first time, and the final decision could be made as early as this week.

Multi-millionaire businessman Paul Langi Kinikini offered a game, whether it’s next season opener or another game, to be in Utah and spoke to power brokers from the NRL and ARLC about the possibility of bringing the game to Salt Lake City.

Dwayne Johnson ‘The Rock’ (pictured during a visit to Australia in 2004) could be the new face of rugby league in America. Johnson is close friends with multi-millionaire businessman Paul Langi Kinikini who started a game to play in Utah – and he wants Johnson to promote it.

Kinikini, who has Tongan heritage and is a huge rugby league fan, also has a close relationship with Dwayne ‘The Rock’ Johnson and is keen to use the global phenomenon in promoting the sport in the United States.

Johnson is one of the most famous people on the planet, having established himself as “the most electrifying man in sports-entertainment history” during a wrestling career in WWE.

The 50-year-old has more than 200 million Instagram followers and is now one of the highest paid actors on the planet, with his films grossing over $10 billion ($15.6 billion) in the world. 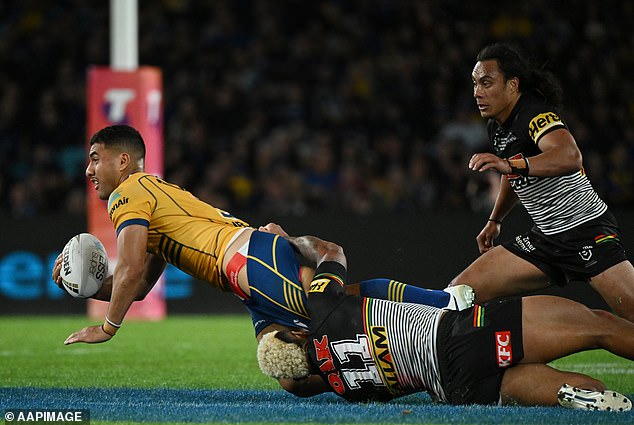 The former college footballer who was twice named by Time magazine as one of the most influential people in the world even considered a US presidential run.

His voice promoting rugby league would give a huge boost to a sport trying to make an impact in a potentially lucrative market.

A home and away clash in America has been on the minds of NRL officials for several years, and the South Sydney Rabbitohs and Manly Sea Eagles initially expressed interest in the proposed game.

Souths recently pulled out for logistical reasons, but Manly is reportedly still interested and one of the club’s biggest fans is Hollywood star Hugh Jackman. 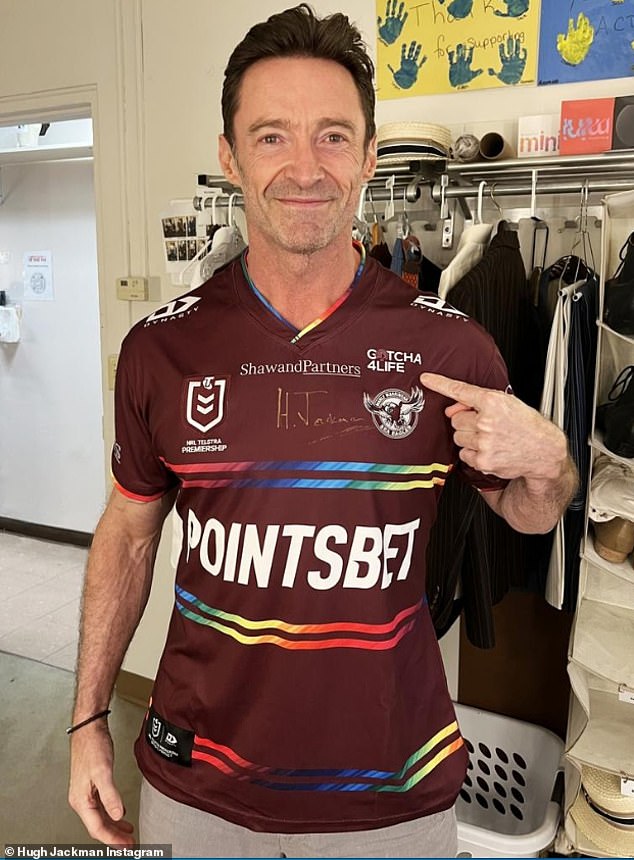 Hollywood star Hugh Jackman is a big Manly fan and thinks the sport will be a huge hit in the United States. Manly has expressed interest in being one of the teams to play overseas

‘Bring it on! I would like that to happen. They would love the big rugby league game here in the United States, I’m sure,’ Jackman told the Herald-Sun.

Rugby league does not have a successful history in the United States.

A home state game taken to California in 1987 did not resonate with locals. And tryouts in Philadelphia and Denver in recent years have both left the promoter out of pocket.

The reason Kinkini offered Utah as the location for the game was due to its large Polynesian populations, who he believed would embrace the game. ‘The Rock’ himself also has Samoan heritage.