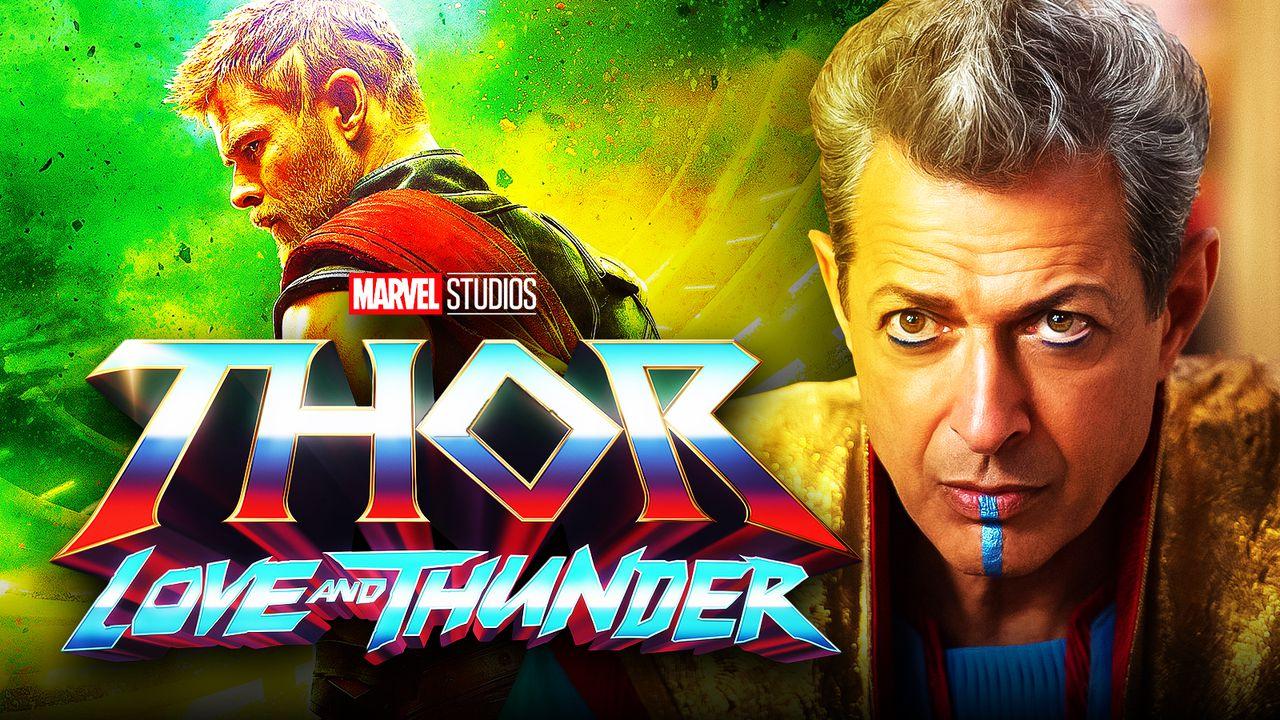 Thor: Love and Thunder’The short runtime meant there were various deleted scenes that didn’t make the final cut. This is said to be due to Marvel Studios’ mandate that Thor’s fourth solo movie couldn’t have a runtime longer than two hours.

One of those scenes revolved around Jeff Goldblum’s grandmaster of Thor: Ragnarok. Earlier evidence indicated that Goldblum had been seen with the cast of Thor 4 in Sydney, Australia during production on the MCU sequel, leading fans to believe he was involved in Chris Hemsworth‘s next Marvel adventure.

Gorr actor Christian Bale confirmed that Grandmaster was supposed to appear in the film, but his role was ultimately dropped. Thor 4 Director Taika Waititi explained why Goldblum’s MCU character didn’t do the final cut, saying that while one scene is “the funniest or most intriguing thing” on his own, he knows it works “the best for the movie” to let him out when needed.

Now, a special look at Goldblum’s deleted scene has been revealed.

Along with the reveal, Ben-Mimoun unveiled a caption, saying “moon of shame”, indicating that this scene is related to the dimension of the shadow of Gorr.

Goldblum’s grandmaster can be seen inside a Sakaaran spaceship, but the ship does not appear to be in its best shape.

The Grand Master wears the same outfit he has worn since Thor: Ragnarok:

Will Jeff Goldblum’s Grandmaster appear again in the MCU?

Jeff Goldblum’s deleted scene in Thor: Love and Thunder appears to be a minor subplot related to Christian Bale’s Gorr. In the film, Gorr managed to outsmart Thor, Valkyrie, and Mighty Thor in the Shadow Realm by overpowering them to take Stormbreaker at the last minute, as the God of Thunder opens a Bifrost on Earth to gain access to eternity.

This deleted scene could be an alternate version of when Gorr was able to take Stormbreaker before Thor could open a Bifrost on Earth. It’s possible that Team Thor could have contacted the Grandmaster to bring them back to Earth. There’s a chance Korg or Valkyrie have secret access to the Grandmaster, thus explaining why they have the means to reach him.

Since Christian Bale is the one who revealed he was able to work with Goldblum in Thor 4, Gorr and the Grandmaster may have met at some point in the film. Gorr may have threatened Grandmaster, but he didn’t kill him. As a result, Team Thor’s call for help was easy enough for the Grandmaster to answer, potentially due to him being eager for revenge by helping the “Thunder Lord”.

At this point, it’s unclear if Grandmaster will return to the MCU, but the possibilities are endless for the character. In She-Hulkthe first episode of, a “Sakaaran Class A Courier Craft” has been unveiled and it could pave the way for Goldblum’s hilarious Marvel character to return in some guise to deliver some major Hulk news.

Thor: Love and Thunder is still playing in theaters around the world.

In the repertoire, Newton-John luminous in “Grease”, all the Mad Max; reviews of ‘Glorious’ and ‘Beast’