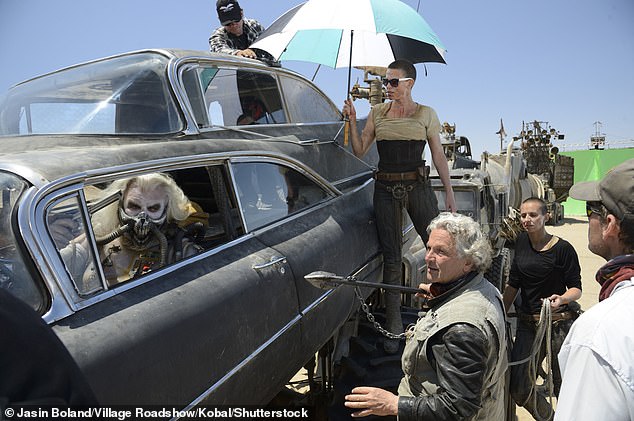 Five of Australia’s most famous directors honored as living legends

Five of Australia’s most famous filmmakers, including Mad Max creator George Miller and director Baz Luhrmann, will feature on a series of new postage stamps

By A. James Daily Mail Australia

Five of Australia’s most famous filmmakers will feature on a series of new postage stamps honoring their achievements.

Each of the winners will receive a 24-karat gold replica of the stamp on which they appear.

Captions: Five of Australia’s most famous filmmakers will feature on a series of new postage stamps honoring their achievements, including George Miller, pictured on set directing Mad Max Fury Road.

“Every year since 1997, we have celebrated living Australians who have made a unique contribution to the Australian way of life,” Michael Zsolt, Philatelic Director of Australia Post Group, told Inside Film.

The group of filmmakers honored this year have produced some of Australia’s most award-winning and successful films and TV shows together, including Luhrmann’s Strictly Ballroom, Miller’s Oscar-winning Fury Road and Thornton’s Mystery Road.

Excited: Gillian Armstrong, 71, whose very first film, My Brilliant Career, became an instant classic in 1971, said she was delighted to win the award

“The films made by our 2022 legends all tell powerful stories that connect strongly with Australian audiences,” Zsolt said.

Gillian Armstrong, 71, whose very first film, My Brilliant Career, became an instant classic in 1979, said she was delighted to win the award.

“It’s wonderful that our directors are recognized for the powerful, unique and heartfelt Australian stories we create,” said Armstrong.

Armstrong, who grew up in suburban Melbourne in the 1950s and 1960s, said she used to collect stamps as a child because she liked “the little pictures”.

King of Style: Pictured, the stamp pays tribute to Baz Luhrmann, one of Australia’s most successful directors whose films include the highest-grossing Strictly Ballroom

She added: “It’s especially come full circle to be honored in this way.”

Peter Weir, 77, who like Miller and Armstrong began his feature filmmaking career in the 1970s, is best known for the 1981 classic Gallipoli with Mel Gibson and The Dead Poet’s Society with the late Robin Williams.

Australian Legends of Cinema 2022 is now on sale.

Actors Who Looked Nothing Like The Historical Figures They Played