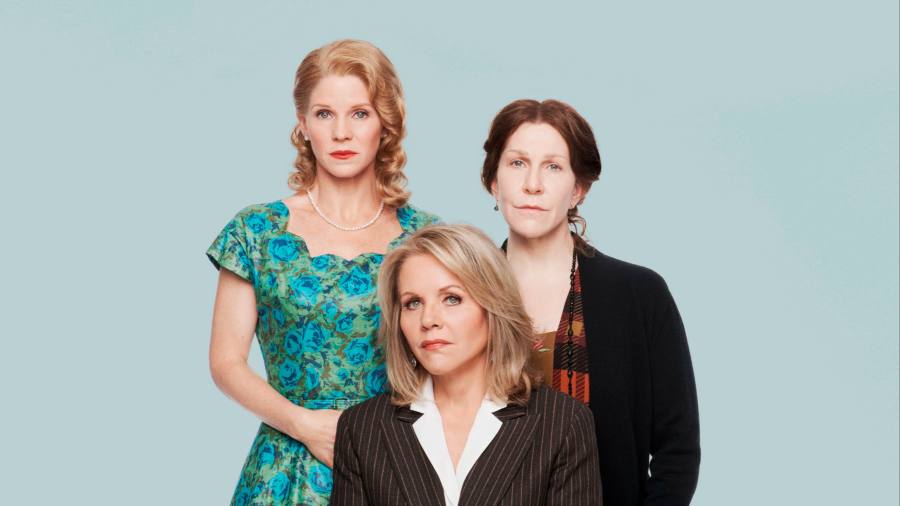 There is only one surviving recording of Virginia Woolf’s voice. Made in 1937, it is an eight-minute extract from a BBC radio program called Words fail me and finds the 55-year-old writer speaking in a low, cultured voice.

Since Woolf’s untimely death in 1941, interest in her as a creative writer and woman has only grown. In addition to biographies and documentaries, there have been novels about her, plays and works of art.

Now Woolf’s voice must be heard in another context. A new opera titled Hours by American composer Kevin Puts, with Virginia Woolf as one of its main characters, has its premiere at the Metropolitan Opera in New York this month. The opportunity to hear Woolf reinvented as a singer raises all sorts of questions. Will it sound anything like her real voice? Can music probe its fascinating character?

The opera is based on Michael Cunningham’s 1998 novel Hours, which was made into a hit film four years later. The plot follows a single day in the life of three women who live decades apart: Woolf as she writes her novel Mrs Dalloway in 1923 and the fictional characters of Laura Brown in 1949 and Clarissa Vaughan in 1999. Themes from Woolf’s life, including mental illness and same-sex relationships, are incorporated into the narrative.

As Puts had not heard the historic recording of Woolf’s voice, it may have been intuition that led him to write the part for a mezzo-soprano. The deep tone of voice promises to reincarnate an important facet of Woolf’s personality.

“I have a lot of contrast in Virginia Woolf’s music,” says Puts. “At first, it’s more intimate, when she’s in her studio, and the harmony constantly closes in on itself. Maybe I was thinking of his stream-of-consciousness style of writing, going from thought to thought, so there’s a sense of harmony that does the same thing. Then there are sudden manic episodes, when she describes London and how she craves the excitement of the city.

With its power of attraction, the Metropolitan Opera chose the roles of the three women with three star singers. Joyce DiDonato will play Virginia Woolf, Renée Fleming is Clarissa Vaughan and Kelli O’Hara, whose career straddles Broadway and opera, is Laura Brown. They reprized the roles played in the film by Nicole Kidman (Woolf), Meryl Streep (Vaughan) and Julianne Moore (Brown).

Fleming’s presence in the casting attracted a lot of attention, especially in the United States. Now that she’s dropped most or all of her standard operatic roles, any appearance by America’s greatest soprano of her generation brings with it valuable cachet.

Puts had composed a new play for Fleming based on Georgia O’Keeffe’s letters when she suggested the subject of Hours. Fleming had spent time with Julianne Moore and the idea for the opera grew out of that. Puts says he was immediately drawn to the book’s possibilities, especially the three time periods inhabited by the main characters.

“Music allows simultaneity beyond any other medium,” he says. “In a book or a movie, these three stories can’t really exist at the same time. An opera composer can’t just have the characters on stage together, but even sing simultaneously, and that makes sense because the harmony works that way. The connection lies in the emotional lives of the three women, although quite elusive, as a different dimension where they meet in their shared experiences. As Virginia writes Mrs Dalloway she seems to be in control of what happens to Clarissa’s fate, while Laura clings to the same book because she feels alienated from the idyll of American domestic life.

This alienation is an aspect of the novel that fascinated Puts. “I find it fascinating that these three women are all trapped in an existence that is not comfortable for them, so each is somehow living an inauthentic life. The idea that you can’t be yourself has always been a theme. powerful for me. I don’t know why, and I didn’t psychoanalyze myself, but it’s something I held on to while writing this opera. I want the emotional situations of these three women to be felt powerfully by the audience .

At 50, Puts has the experience to deliver a major new work in a prestigious venue. His first opera silent nighton a Christmas truce on the battlefield during the First World War, has given performances across the United States and beyond, including at the Wexford Festival in Ireland and Opera North in the United Kingdom.

After the varied music of silent night, the musical language in Hours is said to be more focused – although the three contrasting time periods each have their own atmosphere. Puts describes his music generally as accessible, often with cinematic quality, and always rooted in the needs of drama.

The Metropolitan Opera’s plan to premiere Hours goes back directly to the first meeting of Yannick Nézet-Séguin after learning that he was going to be appointed musical director of the company in 2016. a balance between what must be conversational and what is lyrical. Few people understand the human voice as well as he does. That’s what Renée Fleming told me a few years ago when he wrote her a play.

Nézet-Séguin is committed to bringing new operas to the Met, not just contemporary works already experienced elsewhere, such as that of Terence Blanchard Fire locked in my bones and Matthew Aucoin Eurydice last year, but also premieres. He says of firsts such as Hours are important, as the great resources available to the Met may inspire other businesses to follow its example.

“I appreciate the operas of our time and I have conducted two of the three [contemporary operas] last year myself,” he says. “After Brett Dean Hamlet, which is not an easy piece, we have shown that the Met is a house where all kinds of opera should appear. There have been eight premieres since 1950. Now let’s look at eight in a decade.