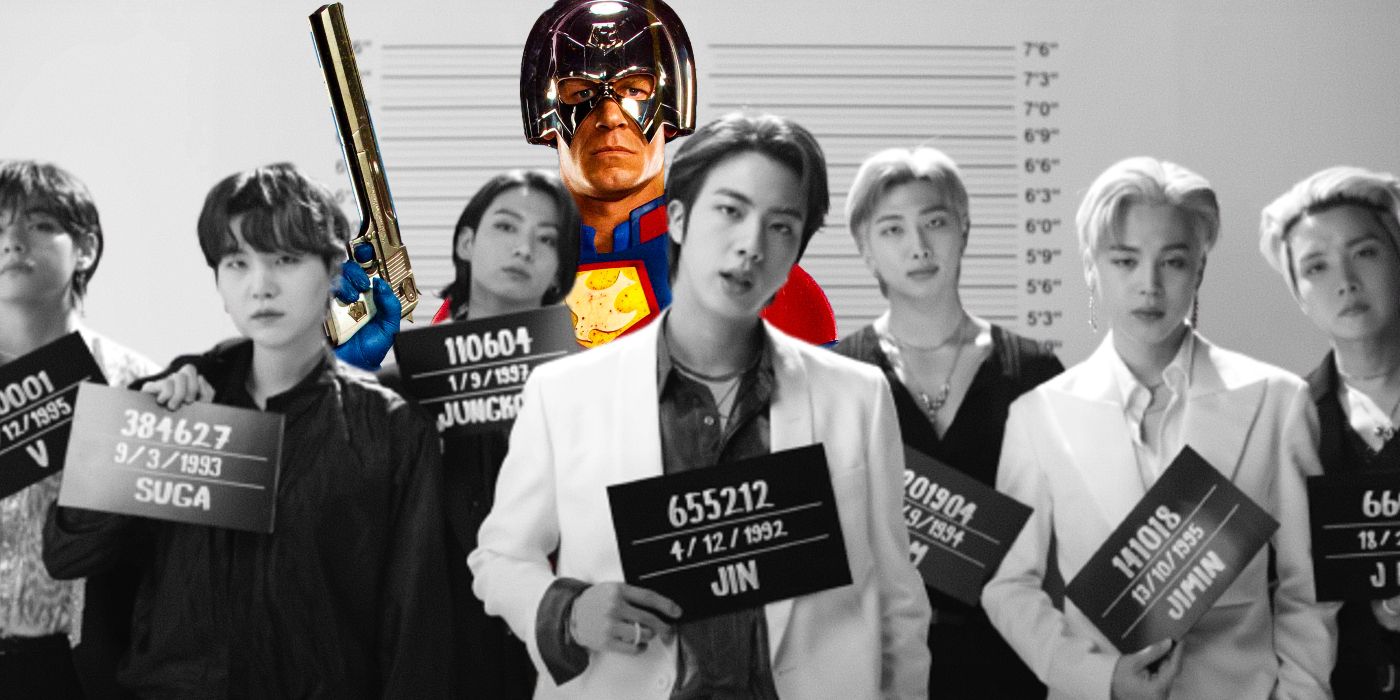 The suicide squad Star John Cena has said South Korean K-pop group BTS was his music of choice for filming James Gunn’s latest entry into the DCEU. In the movie itself, Cena portrays a rogue vigilante called Peacemaker who is recruited by Amanda Waller (Viola Davis) to join Task Force X (AKA the Suicide Squad). Although he is portrayed as an archetype of the “jerk with a heart of gold” for most of the film, Peacemaker’s blind loyalty to Waller ultimately leads him to betray his team members during the film’s climax. Post-credits scene reveals Peacemaker ultimately survives his showdown with Bloodsport (Idris Elba), teasing the next one Peacemaker HBO Max series to be released next year.

Cena himself has been a die-hard K-pop fan for quite some time now. During interviews, the professional wrestler-turned-actor frequently cites mega-group BTS as one of his favorite musical artists. As is the case with K-pop discourse these days, Cena’s name evolves on social media whenever BTS ARMY (the official name of the K-pop group’s international fandom) gets wind of such stories. If the tradition continues, Cena’s name may soon be trending again.

Related: Peacemaker’s Costume Rule Makes Him The Opposite Of Iron Man (No Cap)

In a recent interview with the Television Critics Association For TCA21, Cena revealed he listens to BTS frequently while filming Gunn’s The suicide squad. According to Cena, he “was just in a phase where [he] listened to BTS. ” View the original quote via Meghan O’Keefe on Twitter below:

K-pop music has become an international cultural juggernaut over the past decade. Although the genre enjoyed much earlier success in Asia, references to K-pop and K-pop artists in mainstream Western media is a relatively recent phenomenon started by mega-groups like BTS and Blackpink. Just last week, Hugh Jackman‘s name started popping up on social media after the actor wished Felix (of K-pop group, Stray Kids) a happy birthday on Instagram.

While Cena’s fixation with BTS isn’t surprising, it’s somewhat amusing to learn that the South Korean band’s music may have graced the ensemble of The suicide squad at one point. In the vein of previous James Gunn films (namely, the MCU guardians of the galaxy duology), the film features an eclectic mix of rock and retro music personally curated by the director himself. Between Cena and Gunn, filming for The suicide squad must have been quite the musical experience.

More: The DCEU Is Where The Rock, Bautista & Cena Should Finally Appear Together

Brendan Kim is an alumnus of Occidental College with a BA in History and Music Theory. During this time, Brendan interned at various nonprofits helping underserved communities in the Los Angeles area. He’s also a longtime Star Wars fan and would graduate if he got the chance.