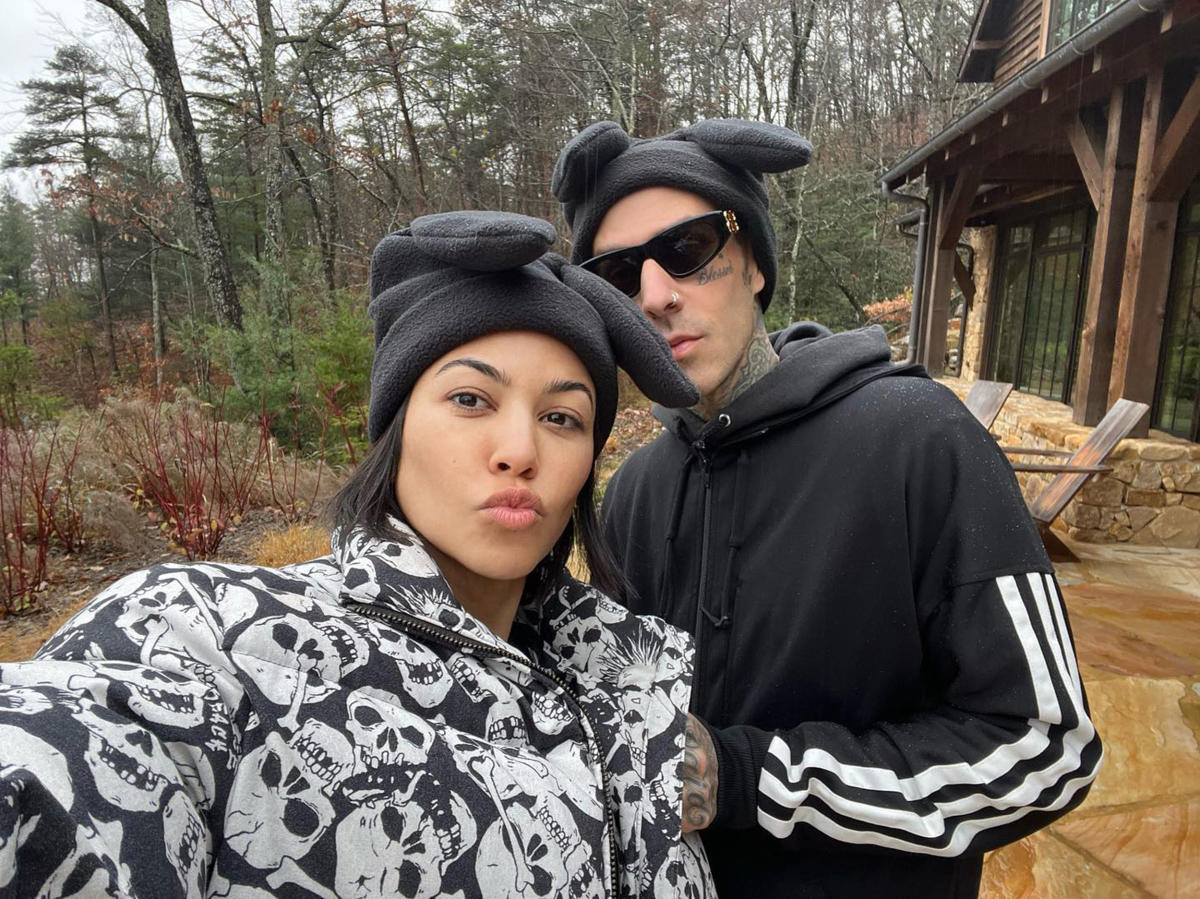 Travis Barker says he and newlywed Kourteney Kardashian will “probably” one day pack up and move to Tennessee.

The couple, who got married in may and currently resides in Calabasas, Calif., visited Tennessee this weekend to celebrate Blink-182 drummer’s 47th birthday.

“Spent my birthday in Tennessee,” Barker captioned a Nov. 20 series of photos on Instagram. In one of the images, the couple can be seen sharing a kiss in an outdoor setting filled with nearly bare autumn trees.

“Let’s go,” Kardashian wrote in the comments to her hubby’s post. She added a cowboy emoji and another of a glass of whiskey.

“Yessss,” Barker replied, adding an emoji of someone raising their hand in the air.

The conversation about the couple’s future move to the Volunteer State continued when one of Barker’s fans told her, “You should move to Tennessee, get out of Hollywood.”

Barker responded by saying, “That will probably happen eventually.”

The couple would hardly be the first celebrities to ditch Hollywood for Tennessee — or perhaps decide to split their time between the two places.

Country music superstar Dolly Parton still resides in Tennessee, as does former “American Idol” champion Carrie Underwood. Oscar winners Reese Witherspoon and Nicole Kidman have both bet on Tennessee, at least part-time. In fact, Kidman and her husband Keith Urban are next door neighbors with Witherspoon.)

Earlier this month, former ‘Wonder Years’ star Danica McKellar revealed to TODAY that she and her family were inspired by a few of her Lifetime and Hallmark Channel characters. and moved to rural Tennessee.

“It’s life imitating art in a way,” McKeller added. “I’ve been doing these Christmas movies for so many years and finally I’m like, ‘You know what? Sounds like a good idea.'”

This article was originally published on TODAY.com

ryan: Ryan Reynolds reveals that he took Hugh Jackman’s advice for the film “Spirited”. Look what he said