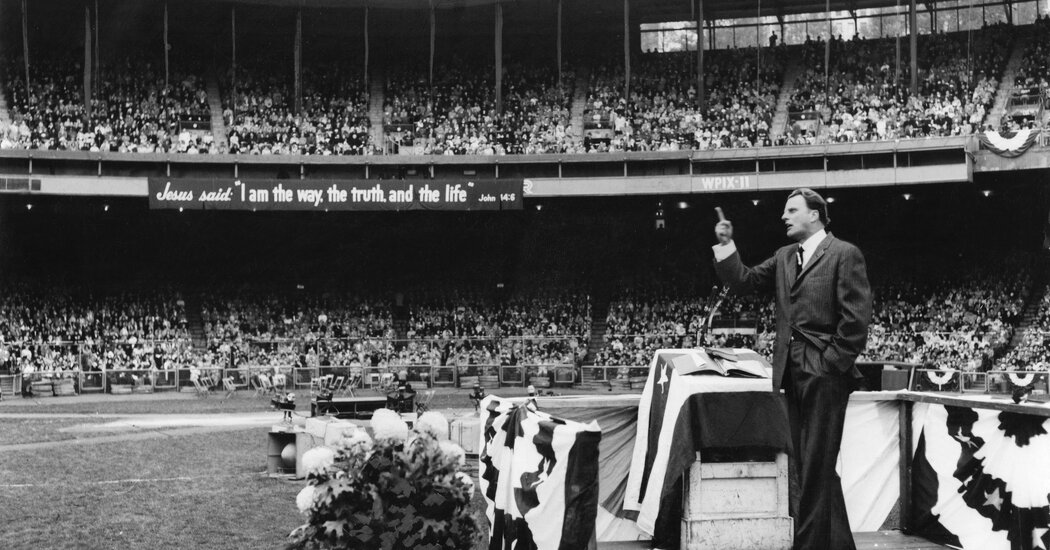 
The disruptive power of history became clear to me last summer when my book “Jesus and John Wayne: How White Evangelicals Corrupted a Faith and Fractured a Nation” was published. The book traces how a militant ideal of white Christian virility pervaded evangelical popular culture in America. Over the past 75 years, heroic ideals inspired by mythical warriors, soldiers and cowboys – many of whom are portrayed onscreen by men like John Wayne and Mel Gibson in the movie “Braveheart” – have transformed faith itself, replacing foundational biblical teachings such as love one’s neighbors and enemies with a militant war cry.

A few days after my book came out, I started receiving letters and messages from readers. Almost a year later, they’re still flooding my inbox, several a day, mostly written by evangelicals. I had been warned to prepare for the vicious trolling, but it was not hate mail. Almost all of the posts contained a version of the same realization: “This is the story of my life. Thanks for helping me see. “

To prove their point, readers told their life stories in startling detail: They had been brainwashed into evangelizing family values ​​by listening to James Dobson’s Focus on the Family radio show every day. They had shopped at Christian bookstores and attended Promise Keepers gatherings as part of the evangelical men’s movement. They had embraced the teachings of the culture of purity and structured their own marriages around male authority and female submission. They had proudly voted for Ronald Reagan and attended weekend warrior training camps sponsored by their churches.

Yet despite their intimate knowledge of the events I have traced, most readers also expressed astonishment upon seeing for the first time the outlines of the world they had inhabited much of their lives. As one man explained, “I came across so many of these trees, but I never saw the forest.” The emotional intensity of their responses and the frequency with which the writers expressed their bewilderment made me think.

Although evangelicals are not alone in preferring flattering tales of their own past, they have clung to these tales to distinctly evangelical reasons. Not long ago, I gave an interview about my book to a Christian radio station. Both hosts were respectful and engaging, but one was clearly more skeptical than the other. It was only after we stopped the airwaves that he asked the question that troubled him. Knowing that I was a Christian, he insisted on me how I thought anyone would want to become a Christian after reading my book.

The question did not surprise me. I had weighed a similar concern when I first embarked on the project. But the story is not a marketing campaign to gain converts. More importantly, my own research into the history of evangelism made me understand the dangers of covering up hard truths in the interests of protecting the brand – or, to use the words of evangelicals themselves, “the witness of the Church ”.