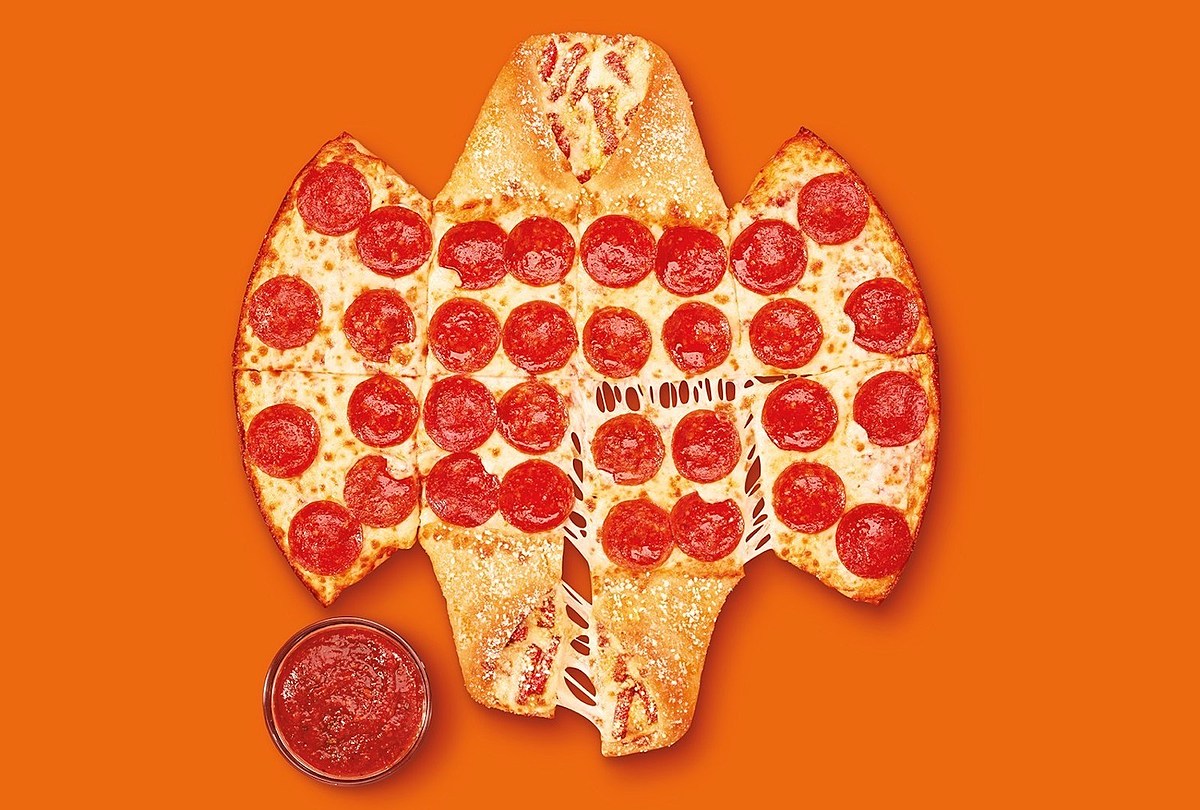 What you’re looking at in the image above is called a calzony, the creation of Little Caesars’ mad food scientists as part of a cross-promotional tie-in with the latest DC Comics movie, The Batman. Although the movie won’t debut for over a month, you can buy your own calzony at your Little Caesars starting today.

And what exactly, please, what is a calzony? Here is the description of this item from the official Little Caesar’s website Press release:

The Batman Calzony is created by combining the dynamic duo of a pizza lover: calzone and pizza. This bat-shaped product features a tantalizing flavor profile of a buttery calzone crust filled with white garlic sauce, cheese and julienned pepperoni, combined with a pepperoni pizza and served with a side dish. of Crazy Sauce®.

What are you saying, do we want to know what’s in Crazy Sauce®? I’m going to say no, the ingredients in Crazy Sauce® are probably so Crazy® that it would be very upsetting to learn about them.

So it’s half a pizza and half a calzone, mashed together until they vaguely resemble a bat made of enough cholesterol to stop an elephant’s heart. What does this have to do with The Batman? Who knows; we haven’t seen the movie yet so it’s hard to say. Maybe Robert Pattinson’s Bruce Wayne is a big fan of Little Caesar, and in between battles between the Riddler and the Penguin, he returns to the Batcave for a delicious Hot-N-Ready pizza.

Of course, this is far from the first connection with fast food in the history of the Batman film franchise. Who could ever forget that McDonald’s ad, which actually incorporated a line of dialogue from batman forever?

The Batman is set to open in theaters on March 4, 2022. See it the way it was meant to be seen: on a big screen while eating a The Batman Little Caesars Crazy Calzony that you smuggled into the multiplex in your jacket. A Calzony will cost you $7.99.