While much of Marvel’s attention is focused on Moon Knight and Doctor Strange in the Multiverse of Madness, the hype for Thor: Love and Thunder isn’t as loud as everyone expects. at this stage. For example, the lack of a full trailer for this Chris Hemsworth star. But while that’s the case, there’s still more than one way to get everyone excited for this movie.

In an image circulating on Twitter, a first look at Thor’s new costume for Love and Thunder is made possible by these leaked Hallmark adornments. While the ones featuring Black Panther, Groot, Spider-Man, Doctor Strange always had those Marvel heroes in their old threads, the one featuring the God of Thunder sports a very different look. 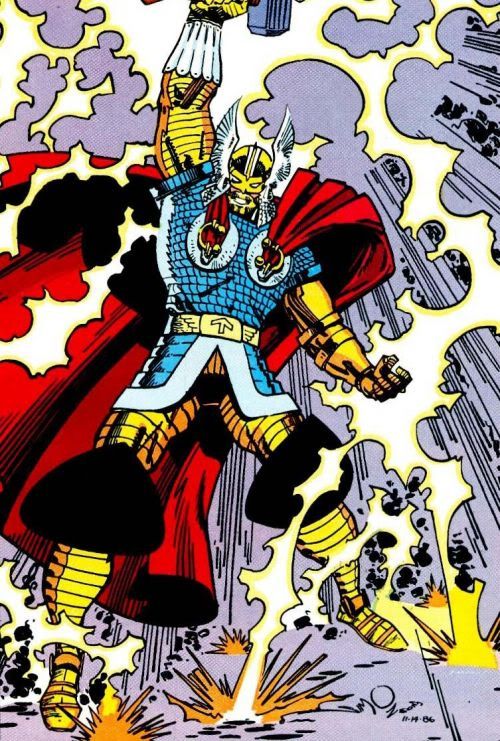 Based on the leaked Hallmark ornament images, this Thor costume looks very similar to his Battle Armor look. In Thor #378, the God of Thunder wore this blue and gold centered armor after being beaten and smashed by dark elves. With the help of Loki and the inadvertent Frost Giants, Thor ended up with a massive upgrade that helped him defeat his opponents and emerge victorious in the end.

Although Hemsworth and Natalie Portman aren’t supposed to fight the Dark Elves again like they did in Thor: The Dark World, the severity of an unknown danger can be seen as a catalyst for this new suit. Of course, fans won’t be able to properly speculate without Marvel releasing the trailer for this movie. Also, with Christian Bale being picked up a few weeks ago, it’s bound to delay the release of the long-awaited trailer.

But while that’s the case right now, things won’t be the same once Doctor Strange in the Multiverse of Madness is released. It is said that a full trailer for Thor: Love and Thunder will be released by then. When it comes out, eagle-eyed Marvel fans will be glued to screens, looking for Chris Hemsworth in this awesome new costume.