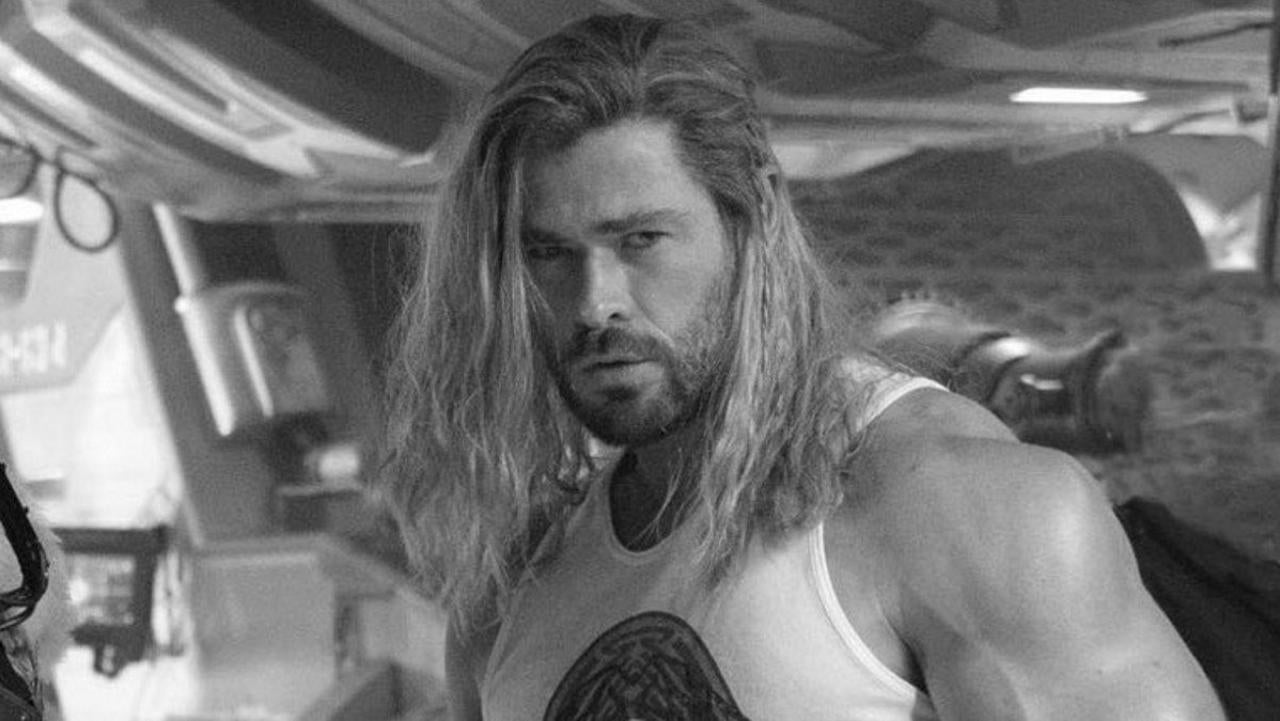 
The eagerly awaited Thor: Love and Thunder officially wrapped up production this month, but fans got a chance to catch a glimpse of Chris Hemsworth and his new look on set. Thor was last seen in Avengers: Endgame cradling the “Brother Thor” look, but the photos from the new movie make it look ripped apart once again. In fact, it looks like it came straight out of an ’80s workout video. In honor of the end of production, a Thor: Love and Thunder updates the account on Twitter recently shared promotional artwork that allegedly came from the wrapping giveaways.

“Thor: Love and Thunder promotional art and logo variants of the wrapping gift shoot ‘, @amourtonnerre tweeted. “Thank you @ Adam_Khan100 to share the first piece of art. ”You can check out the images in the tweet below:

Thor: Love and Thunder promo art and logo variations from the set of wrapping gifts! pic.twitter.com/gR3BhAG0yX

In addition to Hemsworth as Thor, Thor: Love and Thunder will also see the return of director Taika Waititi as Korg. The film will also star Natalie Portman as Jane Foster, Tessa Thompson as Valkyrie and Jaimie Alexander as Lady Sif. Some of the Guardians of the Galaxy cast will also be featured in the film, including Chris Pratt as Star-Lord, Dave Bautista as Drax, Karen Gillan as Nebula and Sean Gunn as by Kraglin / on-set Rocket. In addition to the many returning Marvel favorites, Thor: Love and Thunder will star Christian Bale as Gorr the Butcher God. It was also recently announced that Russell Crowe will be featured in the film, and the actor previously revealed he will play Zeus.

“I think it’s gonna be really good,” Waititi previously teased Thor: Love and Thunder. “It’s so crazy and also very romantic. I’m in romances now. I just want to have a romance. I want to do something that I never did or that I never liked. I would like to attack. something like that. “

Thor: Love & Thunder is currently set to hit theaters on February 11, 2022. In the meantime, the 2021 Marvel Cinematic Universe lineup includes new episodes of Loki stumble upon Disney + on Wednesday, Black Widow in theaters and on Disney + Premier Access on July 9, What if… on Disney + this summer, Shang-Chi and the legend of ten Rings in theaters on September 3, Eternals in theaters November 5, Hawk Eye and Ms. Marvel coming to Disney + later in the year, and Marvel’s Spider-Man: No Path Home in theaters December 17th.