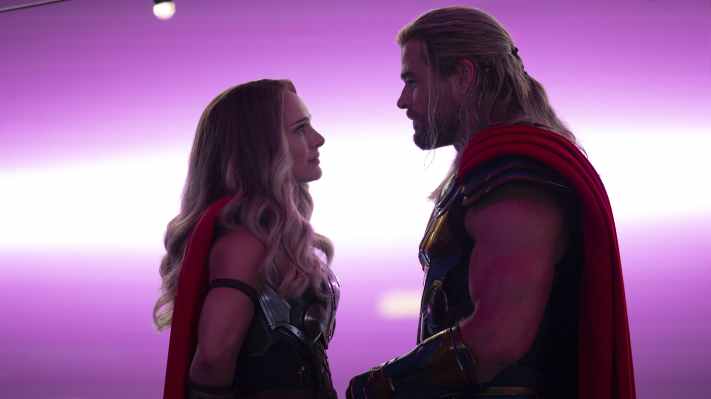 Disney+ revealed that “Thor: Love and Thunder” will hit the streaming service on September 8. The announcement is part of this year’s Disney+ Day – an annual celebration that kicked off in 2021 to mark the anniversary of the streaming service’s launch. On Disney+ Day, subscribers are rewarded with tons of new content, previews, plus exclusive experiences at Disney theme parks.

“Thor: Love and Thunder” will be one of many titles to premiere on the streamer’s third birthday, along with additional subscriber perks like dining experiences, photo ops, meet-and-greets, screenings, and more. .

If you missed out on seeing the God of Thunder’s latest film, “Thor: Love and Thunder” will be a nice addition to the streaming service.

Viewers will be able to watch the film in IMAX’s extended aspect ratio. “Thor: Love and Thunder” joins the list of various MCU (Marvel Cinematic Universe) films broadcast in IMAX Enhanced on Disney +. There are 15 other titles already available in this format, including “Iron Man”, “Guardians of the Galaxy”, “Doctor Strange”, “Captain Marvel”, “Black Panther”, “Thor: Ragnarok”, etc.

Because “Thor: Love and Thunder” premiered on July 8, many predicted the Marvel title would hit the platform as early as August 24. However, Disney decided to wait until Disney+ Day to release the film, much like it did with “Shang-Chi and the Legend of the Ten Rings” last year.

The film follows Thor (Chris Hemsworth) as he tries to find inner peace. His journey of self-discovery is interrupted when a galactic killer, Gorr the Butcher God (Christian Bale), is on a mission to eradicate all gods. Thor, along with King Valkryie (Tessa Thompson), Korg (Taika Waititi) and ex-girlfriend Jane Foster (Natalia Portman) – the new thunder goddess – team up to defeat him.

Other titles heading to Disney+ on September 8 are behind-the-scenes specials “Assembled: The Making of Thor: Love and Thunder” and “Obi-Wan Kenobi: A Jedi’s Return,” plus Brie Larson’s short. “Remembering”. “Tierra Incógnita,” “Dancing with the Stars: The Pros’ Most Memorable Dances,” movie musical songs for “Frozen” and “Frozen 2,” and a new Simpsons short “Welcome to the Club.”

As part of Disney+ Day, there will be special screenings of Disney titles at select AMC Theaters from September 8-19. These include “Encanto,” “Rogue One: A Star Wars Story,” “Thor: Ragnarok,” “Cars,” and “Newsies.” Tickets are $5 per screening and are available to everyone. Tickets will go on sale September 1. And if you’re lucky, moviegoers have the chance to receive a free Disney+ poster and special concession offers.

On September 8, guests who verify they are Disney+ subscribers will be able to enter theme parks half an hour before they open to regular visitors. Hong Kong Disneyland will allow guests to enter the park 30 minutes earlier on September 10.

“Plastic” forehead: exposure to the sun’s rays without sunscreen can damage your skin