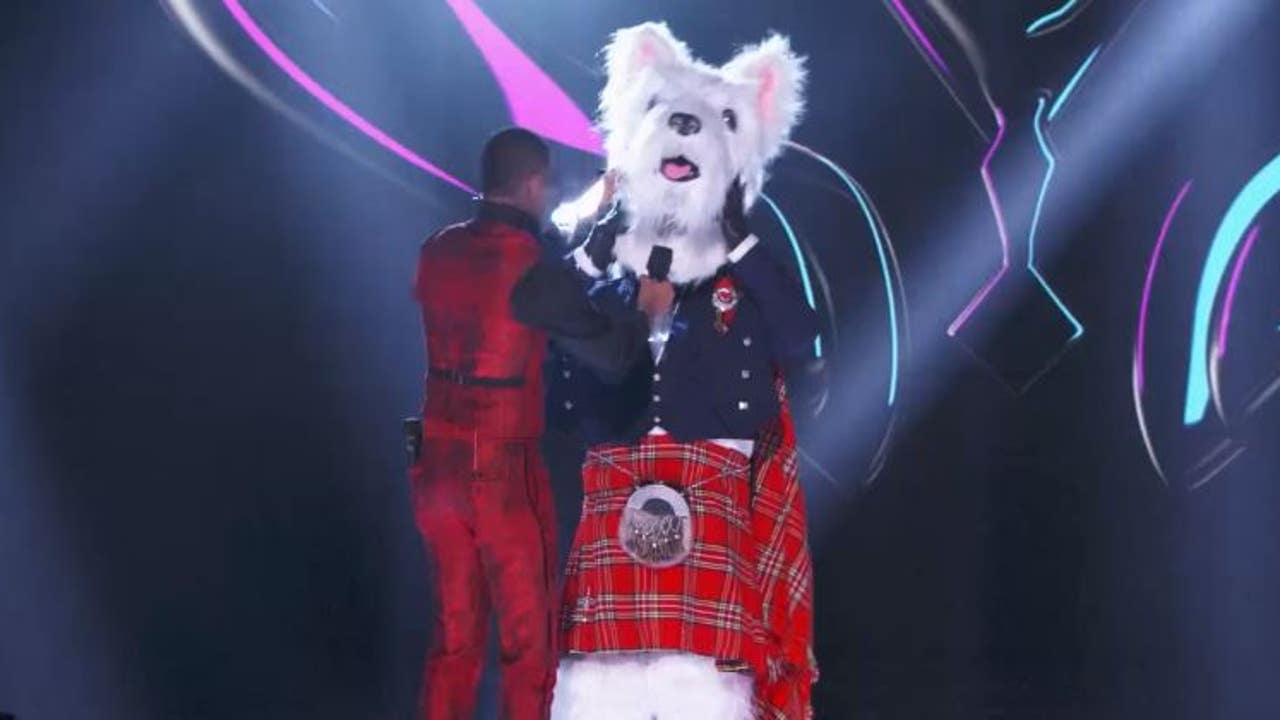 Watch as McTerrier was unmasked on the Season 7 premiere episode of “The Masked Singer” on March 9, 2022.

LOS ANGELES – “The Masked Singer” Season 7 started screaming Wednesday night during the premiere episode, when McTerrier got so involved in their performance – the costume’s head accidentally came completely off.

Earlier in the episode, McTerrier raised the “woof” with a rendition of “Working For The Weekend” by Loverboy for the panelists. But it is at the end of the performance that the judges will never laugh.

McTerrier appeared to stumble across the stage when their costume leader fell. They managed to turn around and cover their faces as the panelists also turned around, hiding their identities until the dog was finally unmasked.

McTerrier was later revealed to be Duff Goldman, founder of boutique Charm City Cakes and star of Food Network. Goldman, who did a drum solo during his performance, said in a post-breakout interview that he started decorating cakes to complete his dream of becoming a full-time musician.

Spoiler alert: McTerrier was unmasked as Food Network star Duff Goldman in the Season 7 premiere episode of ‘The Masked Singer’ and shared his experience on the show.

The first episode of the season also introduced fans to Firefly, Ram, Cyclops, and Thingamabob. Firefly performed “Ain’t Nobody” by Chaka Khan, Thingamabob performed “Wanted Dead or Alive” by Bon Jovi, Cyclops performed “My Sacrifice” by Creed and Ram performed “I Want You to Want Me” by Cheap Trick .

Catch all-new episodes of “The Masked Singer” on FOX Wednesdays from 8-9 p.m. ET/PT.

Get to know “The Masked Singer” with these essential episodes, streaming for free on Tubi

Season 4, Episode 10 – “The Semi-Finals – The Super Six”: Eventual season winner Sun (no spoilers!) delivered a number of top-notch performances, but her version of Billie Eilish’s “When the Party’s Over” might not only be her best of the season, but the best of the fourth season and one of the greatest in the history of the series. Mushroom’s rendition of Amy Winehouse’s song “Valerie” isn’t bad either.

Season 5, Episode 1 – “Season 5 Premiere – Return of the Masks”: Better remember the episode where (okay, a little spoiler follows, scroll down if you don’t want to know)…(seriously, look away)…(final warning)…Kermit the Frog was revealed to be the snail. Kermit the frog! A fictional and non-human character! He’s also arguably the most famous celebrity to ever appear on the show! It was wild.

Season 3, Episode 10 – “The Super Nine Masked Singer Special: Groups A, B & C”: It’s important to remember that this episode aired on April 1, 2020. A lot happened that month! So while most April Fool’s jokes are unquestionably lame, the one pulled by Astronaut — “Rickrolling” America with a legitimately excellent rendition of Rick Astley’s “Never Gonna Give You Up” — was undeniably welcome.

Season 1, Episode 8 – “Semi-Finals: Double Unmasking”: The double unmasking is exciting, sure, but this episode is best known when Monster sang “Stay With Me” by Sam Smith, another contender for the best performance in the show’s history. Seriously, just listen to this.

Season 1, Episode 1 – “Season One: Mask On Face Off”: This is where the madness begins, but as with any truly great episode of this crazy series, it’s one performance that stands out. In the US series premiere, thethe performance also turned out to be the first performance. Peacock’s rendition of “The Greatest Show” from Hugh Jackman‘s musical “The Greatest Showman” was, deservedly, a show-stopper, and it set the bar high.

This station is owned by FOX Corporation.

Cinema under the stars: “Being the Ricardos”