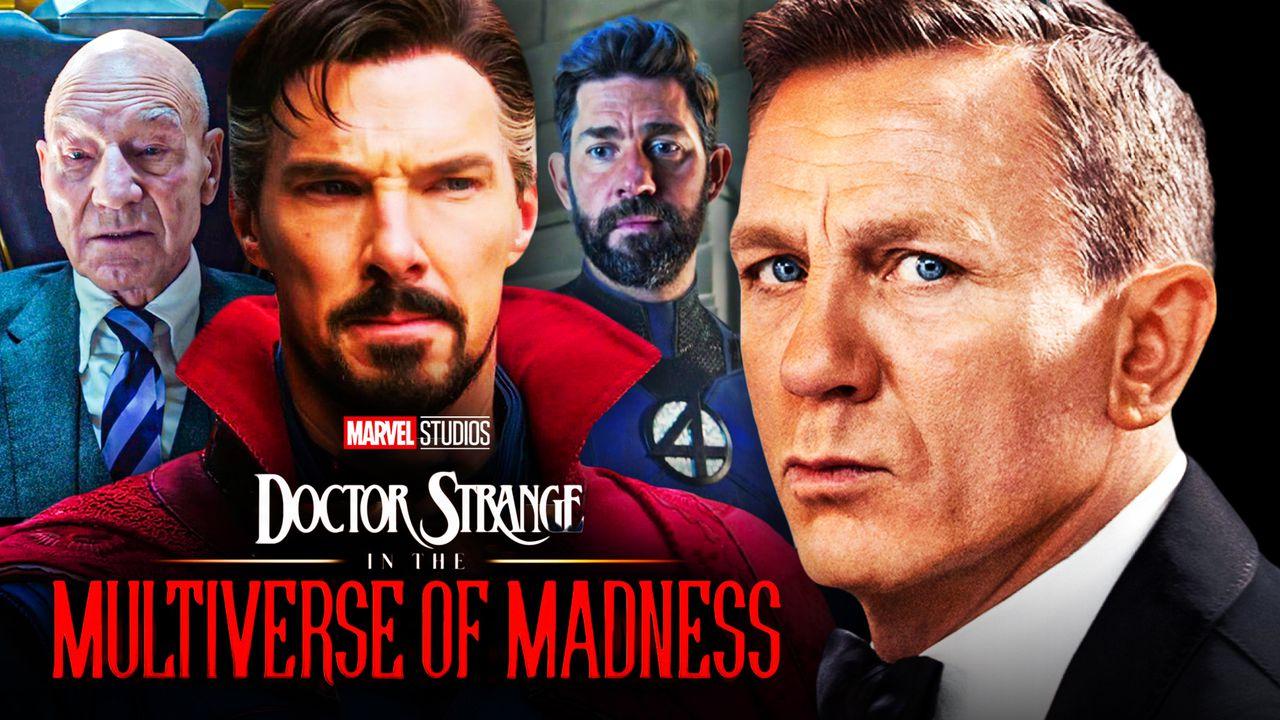 Doctor Strange in the Multiverse of Madness may have had mixed reviews, but the story had a lot to offer, with one of the biggest elements being the introduction of the Illuminati. On his council were such figures as Patrick Stewart’s Professor X, Hayley Atwell’s Captain Carter, Anson Mount’s Black Bolt, and many others.

According to Deadline’s Justin Kroll, at one point Daniel Craig was also set to play one of Earth-838’s Illuminati members. The character in question would have been Balder the Brave, also known as Thor and Loki’s brother in the comics.

Balder would have been in the story in place of John Kasinski’s Reed Richards and would have ended up being persuaded to kill himself by Elizabeth Olsen’s Wanda Maximoff. The Scarlet Witch certainly wasn’t starring in any version of this film, no matter who was in front of her.

Artist Darrell Warner has posted new photos on Instagram that potentially reveal a first look at Daniel Craig’s deleted scene in Doctor Strange in the Multiverse of Madness.

Warner posted four images, alongside a blurb noting that he didn’t want to reveal the character, but gave the very telling hint of how he was the “Thor’s brother [and] Loki:”

“Small series of a Work in Progress (without revealing the character!)…..Clues include: Costume Design by Graham Churchyard | Brother to Thor & L0ki…….Watercolor costume of an actor who couldn’t fill the role.”

The first image showed the entire frame of the character engraved in pencil. When the image is compared to the clues given and previous rumors for the film, it very clearly depicts Balder the Brave, who was once said to have been portrayed by Daniel Craig before things went downhill.

With a bit of color added to the outfit, fans can see the clear Asgardian influences alongside the gorgeous gold and blue design scheme.

The crow included could be one of Odin’s crows, a long forgotten design. They appear briefly in the first avengers movie when Thor is talking to his brother Loki shortly after the Quinjet crash-landed, and they flash back to Odin’s entrance into Thor: The Dark World.

For those wondering what the character looks like in the comics, here is a clear picture of him.

Balder the Brave could have been

In the comics, Balder is indeed Thor and Loki’s brother. At one point his death was prophesied to begin Ragnarok, so in response Odin and Frigga offered him immortality. The character also has a notable connection to the large Destroyer robot (the same one used in Thor), as Loki once pushed his mind into the metal contraption.

So, will fans ever see it in Earth-616? Probably not, since Odinson having another sibling never appeared in the movies. Seen how Thor: Ragnarok has already done the long-lost secret sibling gag with Hela, Marvel Studios probably won’t do the same trick twice.

However, as the Marvel Cinematic Universe has shown audiences time and time again, never say never. Many characters have been almost completely rebuilt from the ground up for their MCU debut, and Balder could easily be one of the next to get the same treatment.

A place where it would be really fun to see Balder appear is during Lokiis the second season. Perhaps one of the many timelines Tom Hiddleston’s character will explore will feature a world where Thor never existed, with Balder instead being heir to the throne of Asgard. This could allow the show to explore a whole new sibling dynamic to contrast the one Loki had with Chris Hemsworth‘s Avenger.

Since the character almost entered the second strange doctor movie, it shows he’s at least on Marvel Studios’ mind. So while he’s unlikely to be seen on Earth-616, with the multiverse at stake, there are plenty of other ways to get Balder in on the action ahead.

Doctor Strange in the Multiverse of Madness is now streaming on Disney+.