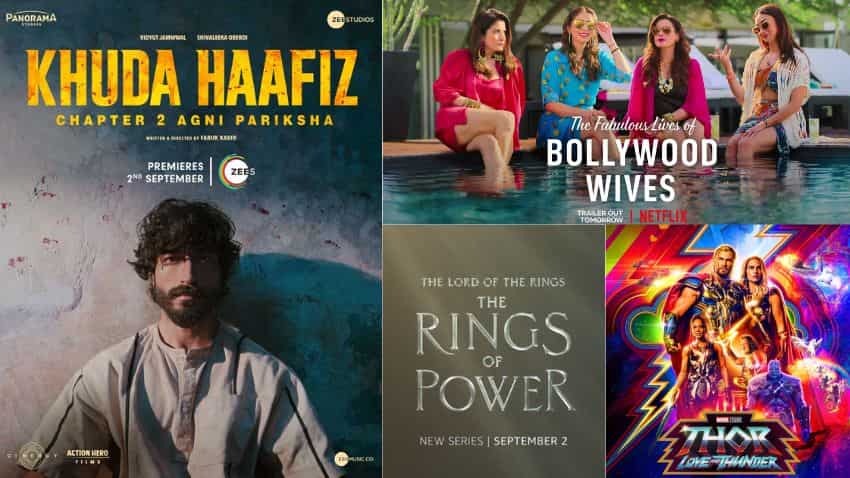 While an array of content is already streaming across multiple OTT platforms, let’s take a look at the OTT web movies and series that will be released in September 2022 on OTT platforms like ZEE5, Netflix, Amazon Prime, Disney Hotstar, and SonyLIV.

The action thriller starring Vidyut Jammwal is set to release on September 2.

The story follows Sameer and Nargis who, after overcoming all obstacles, finds a ray of sunshine when little Nandini comes into their lives and their family is complete. But their happiness is short-lived. In a strange twist of fate, Nandini disappears.

The reality series is slated for release on September 2.

The series is a sequel to Fabulous Lives of Bollywood Wives released in 2020. It stars Neelam Kothari Soni, Maheep Kapoor, Seema Khan and Bhavana Pandey. Cameras follow the banter and bonding between four fun-loving women from Bollywood’s inner circle as they juggle careers, family and friendship.

The Lord of the Rings: The Rings of Power

Season 1 of the series is set to release on September 2.

The series follows a cast of characters, both familiar and new, who must contend with the re-emergence of evil in Middle-earth. From the darkest depths of the Misty Mountains to the majestic forests of Lindon; from the island kingdom of Númenor to the far reaches of the map, these kingdoms and characters will forge legacies that will endure long after they are gone.

The film follows Thor enlisting the help of Valkyrie, Korg, and ex-girlfriend Jane Foster to battle Gorr the Butcher God, who is intent on making the gods disappear.
Thor: Love and Thunder was released on big screen in India on July 7th, it is a golden chance to watch on OTT platform.

The Biggest Showman Brunch is coming to Los Angeles!