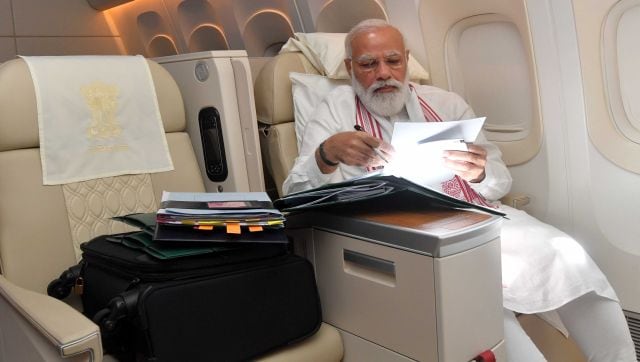 Review of Narendra Modi’s visits to the United States

Prime Minister Narendra Modi is in Washington for his first overseas tour in six months to engage directly with Joe Biden’s administration in the United States.

Modi, on a three-day visit to the United States, will attend the first in-person Quad Leaders Summit, review the India-U.S. Comprehensive Strategic Partnership with U.S. President Joe Biden, meet with senior executives from big American companies and the American vice-president. President Kamala Harris and address the United Nations on September 24.

This is not Modi’s first visit to the United States – he has visited six times since taking office in 2014 and his last was in September 2019 when he and then-US President Donald Trump, spoke at the “Howdy Modi” event in Houston.

After taking power in May 2014, Narendra Modi scheduled a visit to the United States in September where he met US President Barack Obama and captivated the Indo-American community with his speech at Madison Square Garden.

The visit took on great significance as it was Modi’s first since America denied him a diplomatic visa to the United States for his government’s alleged complicity in the Godhra riots in 2002.

During his visit, the two leaders – Modi and Obama – forged a great bonhomie, which was manifested in the photographs and even in their joint declaration in which they decided “to expand their cooperation in various fields including defense, intelligence, the fight against terrorism, Afghanistan, space exploration and science ”.

With the President @Barack Obama. We had a wonderful meeting and discussed a wide range of issues. pic.twitter.com/MRDjEjujCn

The two leaders also wrote a joint editorial for the Washington post – Forward together we will – chalein saath saath – ask the two countries to move forward together for a better world. However, if there’s one aspect of her visit that stood out, it’s her Madison Square Garden address. In an arena that has hosted Bruce Springsteen, Elvis Presley and Muhammad Ali, it was Narendra Modi, a former outcast, who received a superstar welcome from some jubilant NRI 20,000. In his hour-long speech in Hindi, Modi pledged good governance by stating that after a 30-year hiatus, India has a central government with a clear majority.

Winning an election came with a heavy responsibility, he said. “Since I took on this task (as Prime Minister), I haven’t even taken a 15-minute vacation,” he said.

Modi said there was no need to be disillusioned. “India will move forward at a very rapid pace.”

The Modi-Obama friendship was also reflected when, in a rare gesture, Modi and Obama visited the Martin Luther King Jr Memorial and paid joint tribute to the leader of the African American civil rights movement.

And if all that wasn’t enough, he addressed the nearly 60,000 people gathered in Central Park for the Global Citizen Festival, where he was presented by none other than “Wolverine” himself, Hugh Jackman.

Narendra Modi returned to America in September 2015 to address the United Nations General Assembly and from there to the West Coast and Silicon Valley, home of the intrepid Indian technologist-entrepreneur-innovator.

In California, the PM visited the campuses of Google and Tesla Motors. He also visited the Facebook Inc offices in Palo Alto and held a question-and-answer session at Facebook headquarters with Mark Zuckerberg.

He also once again addressed the Indian diaspora at the SAP Center Arena in San José. Organized by the West Coast Indo-American community, more than 45,000 Indians were expected for the Prime Minister’s reception.

Narendra Modi made two visits to America in 2016.

First, in March 2016, he traveled to Washington, DC to attend the two-day Nuclear Security Summit, where world leaders from more than 50 countries shared their assessment of the threat posed by nuclear weapons and materials.

He then made a second visit in June 2016, during which he addressed a joint meeting of the United States Congress.

Honored and privileged to speak at a joint meeting of the United States Congress. Here is my speech. https://t.co/rEw8uuhhEk pic.twitter.com/HxiEzX0Jbq

First meeting with Trump in 2017

In 2017, Modi made his fifth visit to the United States and it was the first time he had met Donald Trump, who had taken power in America.

During the meeting between the two leaders, emphasis was placed on strengthening strategic ties.

Prior to the meeting, expectations were low on both sides, with Modi not being a golfer and Trump not being a yoga enthusiast, one an ascetic vegetarian and the other fond of a well-done steak sprinkled with ketchup.

However, by the end of the tour, it emerged that Modi’s “diplohugs” and Twitter diplomacy had been successful with Trump.

The visit also saw the US State Department designate Hizbul chief Mujahideen Syed Salahuddin as a “global terrorist”. There was also the announcement that the United States had authorized the sale of 22 Guardian unmanned aerial vehicles to India.

Prime Minister Narendra Modi returned to the United States in September 2019 to attend the 74th session of the United Nations General Assembly in New York.

His schedule also included interactions with the business community.

However, the highlight of this visit came in the form of his address to the Indian Diaspora at the “Howdy, Modi” event in Houston, Texas. What was even more special was that Donald Trump accompanied Modi to NRG Stadium in Houston for the event.

Describing the joint appearance of the two leaders as “unconventional and unique”, Harsh Vardhan Shringla, Ambassador of India to the United States said that “the event will reflect the strong bipartisan support that there has been for the relationship. American-Indian “.

With contributions from agencies