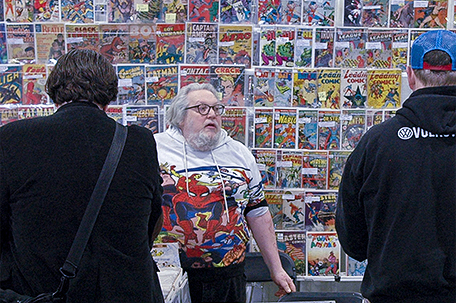 Everyone’s a fan of something, and FAN EXPO Philadelphia is such a place to celebrate all things pop culture.

Attendees were able to get an autograph or photo with their favorite guests, then got a sneak peek at their favorite movies and TV shows during celebrity roundtables.

Among the many celebrities in attendance this year were actor William Shatner, Captain Kirk of ‘Star Trek’, actor John DeLancie, best known for his recurring role as Q in the various ‘Star Trek’ series and Frank Simmons in “Stargate SG-1,” and actor Taimak, star of the 1980s martial arts film “The Last Dragon.”