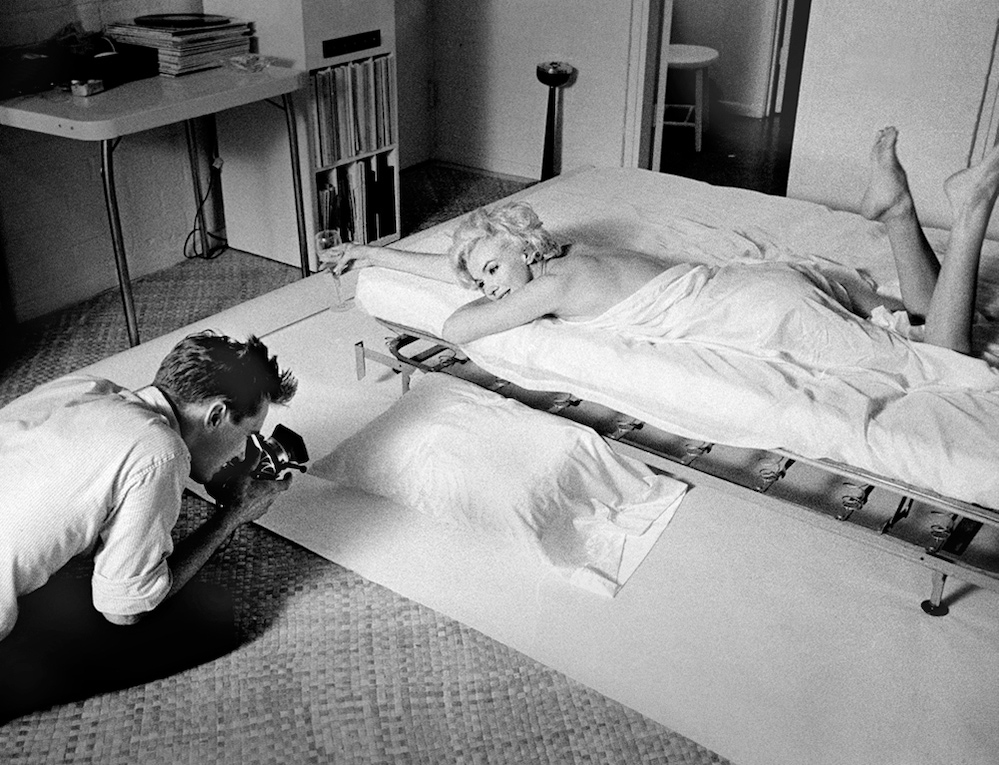 A concise roundup of new product updates, international snippets and other exciting bits from the wonderful world of photography: Luther Cora: the champion of the people… Hollywood photographer Douglas Kirkland has died…

The photo was taken in Cora’s makeshift home studio during the Covid-19 lockdown, and the subject is her daughter.

‘I decided to try making a floral headdress with native flowers. This got me thinking, are we, First Nations indigenous peoples, still classified as flora and fauna? Do we still have government policies or acts in place that we fall into or fall under our seniors?

Cora comes from the Bungarre family of the Yugumbeh language group of the Bundjalung Nation, which is in the Gold Coast/Tweed region. While he has been a hobby photographer for many years, mostly pointing his camera at his family, he was encouraged to start taking photography seriously during Covid.

As the title of the award suggests, Cora’s image won the majority of public votes among the NPPP’s 50 finalist images, which feature in an exhibition at the National Portrait Gallery.

The three winning images in the competition all feature Indigenous Australians, with Aboriginal photographer Wayne Quilliam winning the grand prize for his portrait of Aurukun man Eric Yunkaporta, Silent Force 2021; and Melbourne-based commercial photographer Adam Haddrick, who won the Art Handlers’ Award for his portraiture, Cordy in the Clouds.

Giant of contemporary American photography, Douglas Kirkland, who made his career in Hollywood as a pioneer of cinema photography, has died at 88.

Kirkland was well known for photographing celebrities and stars. Although “many of his images were not simply famous of famous people, they came to embody the subjects of his photographs themselves,” wrote Jeff Dunas, director of the Palm Springs Photo Festival, in an obituary.

‘Who hasn’t seen the unforgettable images of Marilyn Monroe, Brigitte Bardot, Coco Channel, Audrey Hepburn, Marlene Deitrich, Kathryn Hepburn, Judy Garland, Elizabeth Taylor, Ann-Margret, Natalie Wood, Catherine Deneuve as well as contemporary stars Angelina Jolie, Nicole Kidman and hundreds more? Who could forget his photos of Charlie Chaplin, Peter O’Toole, Paul Newman, Marcello Mastroianni, Michael Caine, Robert De Niro, Leonardo DiCaprio; musicians Frank Sinatra, Mick Jagger, Bjork, Michael Jackson and so many more, all in their prime and all by the number one photographer on the speed dials of editors and publishers, film producers, museum and gallery curators and agencies advertising around the world?
Douglas Kirkland.
The sheer number of talented and notable public figures who have appeared in front of his camera is quite possibly unprecedented in the medium of photography.

Kirkland’s name appears in over 100 film credits, such as Butch Cassidy and the Sundance Kid, 2001: A Space Odyssey, The Sound of Music, Saturday Night Fever, Alien, The Jerk, Crocodile Dundee, Titanic, The Great Gatsby and many others. .

His first “big break” dates back to 1961, photographing Marilyn Monroe for Look magazine.

Kirkland is survived by his wife, Françoise, his son and his catchers, Mark, Karen and Lisa, as well as several grandchildren.

Anger Management: Why She-Hulk Is Such A Powerful Symbol Of Female Rage | Emma Brockes