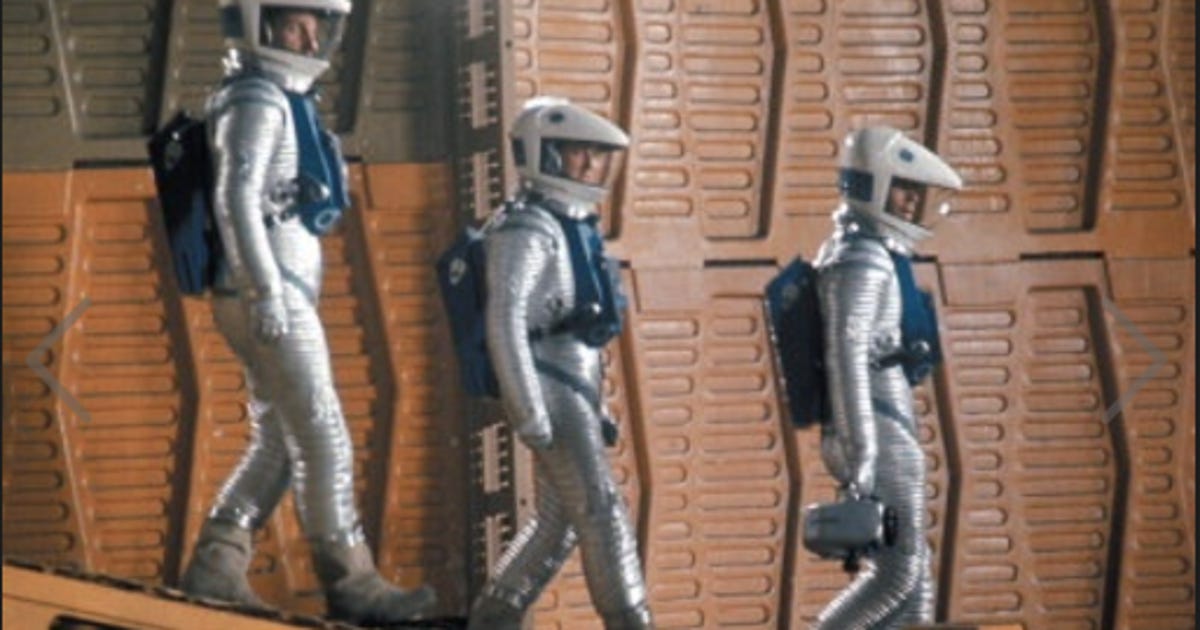 HBO Max is the home of blockbuster sci-fi classics, with Blade Runner, The Matrix and Christopher Nolan films filling its streaming shelves. But if you’ve re-watched these films countless times, try a few left-field options, including non-linear and wildly slick options. Mr Nobody, starring Jarred Leto. (Or not, if you need a break from Leto-in-prosthetics.)

Scroll down for all the best classics, blockbusters, and intriguing indie sci-fi on HBO Max.

If you haven’t seen The Matrix and don’t know its main plot points, kudos for avoiding spoilers for 23 years. The Matrix Reloaded and Matrix Revolutions sequels are also on HBO Max.

Watch two and a half hours of atmospheric and lavish spectacle, but don’t expect any conclusions to the question posed by the original Blade Runner: Is Rick Deckard a replicant?

Forever the pinnacle of neo-noir visual art, Ridley Scott’s Blade Runner will never fade in time, like tears in the rain.

Love it or hate it – get it or find its confusing “science” – Tenet is mind-blowing entertainment. Best Advice: Don’t question Tenet, submit to the Tenet experience.

Based on Ernest Cline’s popular novel of the same name, Ready Player One is a nerd’s feast, dropping over 100 popular culture references from various time periods, including Minecraft, Batman and Back to the Future. There’s even a story in there, about a dystopian society finding solace in virtual reality.

A dystopian thriller starring Charlton Heston and set in a year 2022 plagued by overpopulation, pollution and climate catastrophe. This is not a documentary.

A good bad movie bringing supernatural horror to space. A crew of astronauts goes in search of a missing spacecraft and discovers malevolent forces at play.

This sci-fi mystery of one half of the duo who created Westworld (Lisa Joy) is pure mind-blowing, but the interesting insights are worth a look. Reminiscence follows Hugh Jackman‘s Nick Bannister, who uses a machine that can see into people’s memories.

Roland Emmerich, “master of disaster”, presents The Day After Tomorrow. The director also made Moonfall this year, in which the moon falls out of orbit on a collision course with Earth. You already know what kind of fun this movie is going to be.

Oh look, it’s another Roland Emmerich movie! This one follows Earth’s resistance troopers making one last stand against an alien attack, an event they log into the calendar for the 4th of July.

An enjoyable B-movie, The Butterfly Effect sees college student Evan Treborn (Ashton Kutcher) tinker with the past and discover how each change affects the present.

Walk through Stalker’s slow start and you can say you’ve watched an existential masterpiece of Russian cinema.

Oblivion comes from the construction workshop of a science fiction film. Starring Tom Cruise, it follows humans at war with aliens, paying homage to ’70s sci-fi films including The Omega Man and Silent Running. A love letter in the form of a half-decent sci-fi action adventure.

Sci-fi comedy isn’t always a hit, and this Douglas Adams adaptation will either be weird in a good way, if you know the source material, or weird in an unfunny, confusing way. My 13 year old self loved it.

Before Stalker, Andrei Tarkovsky made huge strides for sci-fi cinema, with his complex, character-driven play about astronauts having wild hallucinations that may or may not be real. The 2002 American remake of Solaris is also on HBO Max, with the added romance of George Clooney.

Mr. Nobody is the kind of movie that nails the ending, leaving you on a thoughtful note to ponder. It helps to know that this is a story exploring the consequences of choices and why you shouldn’t worry about making the perfect choice.

Matt Reeves has done some great things since directing this monster piece of found footage. Find out what he was doing before 2022’s Planet of the Apes and The Batman movies.

A routine blockbuster for reliable entertainment.

It wouldn’t be a better sci-fi list without several Arnie films. The Running Man focuses on a game show where criminals must try to escape professional killers.

A warning to the horror-averse body before playing on this David Cronenberg sci-fi. Scanners track people with special abilities, including telepathic and telekinetic powers. Not the first on this list to become a cult classic after a lukewarm initial response, Scanners left a lasting impression, not least because of a memorable scene involving a headshot explosion.

Robert Rodriguez is not the most popular among Star Wars fans right now, mostly for turning a character into a useless ballerina in the divisive finale The Book of Boba Fett. The faculty, led by Rodriguez, isn’t great, but it’s not bad either, following teenagers who investigate mysterious happenings at their high school.

This solid British sci-fi comes from Gareth Edwards, who went on to direct Rogue One: A Star Wars Story and Godzilla in 2014. His mastery of atmosphere, wonder and beauty is on display here, all with a minimal budget. Monsters follows a couple trying to cross an “infected zone” full of giant tentacled monsters.

Basically, Stranger Things is set in the 70s. Super 8 follows a group of teenagers making their own movie when a train derails and a dangerous presence begins stalking their town.

Movies coming in 2022 from Marvel, Netflix, DC and more