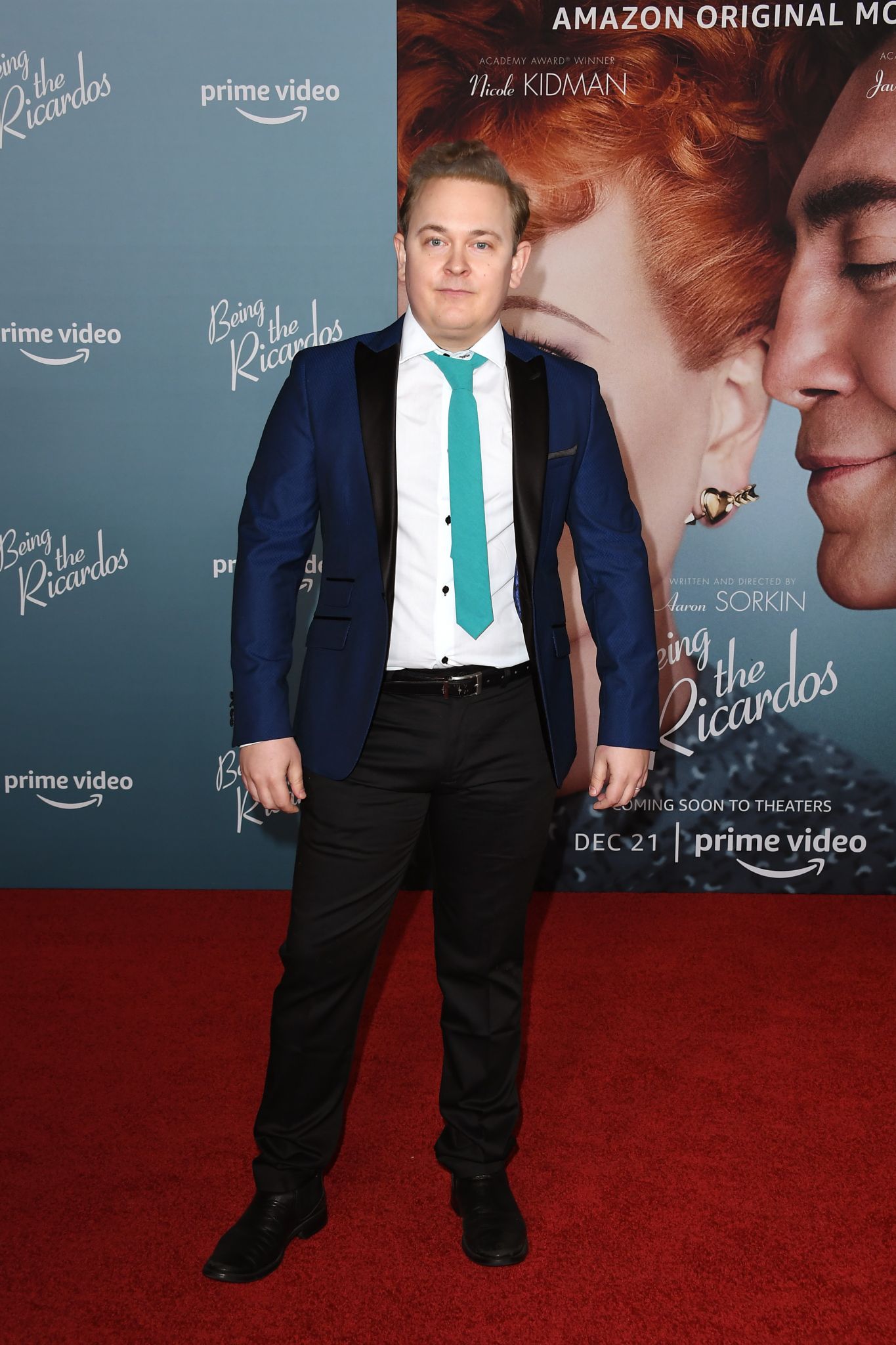 The Shelton native realizes his dream in ‘Being the Ricardos’

SHELTON – A dream has come true for a former townsman.

Josh Bednarsky, an actor, singer and dancer who grew up in Shelton, has been on the big screen, working alongside Nicole Kidman and Javier Bardem as part of the cast of the star-studded Amazon Prime movie, “Being the Ricardos.”

“Being the Ricardos” is a major film about the cast of the legendary American television sitcom “I Love Lucy,” and its behind-the-scenes cast, highlighting the late Lucille Ball’s meticulous approach to show business.

Originally released on December 10, “Being the Ricardos” is available to stream via Amazon Prime.

In addition to Kidman and Bardem, JK Simmons, Tony Hale, Nina Arianda and Alia Shawkat are also part of the main cast.

Bednarsky, who plays Bill, a production assistant on the recreated set of “I Love Lucy,” made his Shelton debut as the star of several Youth CONNection and Shelton High School Drama Club productions, such as “The Who’s Tommy”. Les Miserables” and “How to Succeed in Business Without Really Trying”.

In 2008, Bednarsky, a graduate of Marymount Manhattan University, auditioned for the lead role in “Spider-Man: Turn Off the Dark,” then an up-and-coming Broadway musical. The piece was written by Glen Berger, with an original score by U2 rock band members Bono and The Edge, and choreography by stage stalwart Julie Taymor.

Although Bednarsky didn’t land the role of Peter Parker/Spider-Man, he was one of two finalists considered, out of dozens of potential career comedians.

Bednarsky moved from New York to Los Angeles in 2009. Since moving west, Bednarsky’s place in a progressive car insurance ad in 2019 was the de facto feather in his acting cap.

In 2013, alongside his wife Brianne Sanborn, he launched “Crowned”, a web series about the life of an aspiring Hollywood actress who pays the bills by dressing up as popular princess characters for birthday parties. in southern California.

While starring Sanborn, Bednarsky wrote, directed, and co-produced the series.