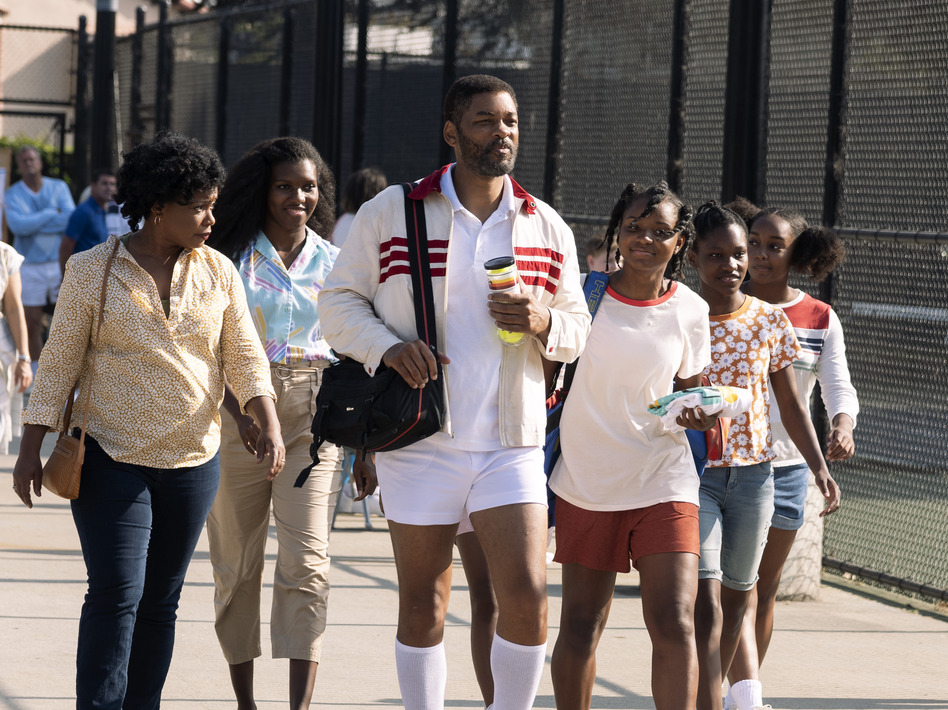 Look, I know the Oscars try to rationalize this year, even going so far as to pre-record a bunch of awards speeches in hopes of freeing up space for edits that pay homage to the magic of the movies. (“To be continued: Tribute to… The movies! Don’t forget casablanca? Guess who’s coming to dinner? Delighted? Townspeople 3? Well, you know what they all have in common, don’t you? They’re all movies!”)

But I have a modest proposal that would 1) make the Oscars better; 2) add a category that is sure to be filled with high-profile headliners; and 3) solving a problem that’s been bugging me for years, all at once. If it makes the Academy feel better, it may even eliminate some gross and unsexy categories to compensate. I mean, who needs cinematography with all the fancy cell phone cameras they have these days, right?

You may have heard me rail on this issue in previous episodes of pop culture happy hour. But if I could send one message to Academy voters, it would boil down to nine simple words: “They don’t give MacArthur Genius grants to Frank Caliendo.” Rich Little never earned an E, let alone an EGOT. The Emmys honored the occasional celebrity impersonation, coughs often inexplicably Alec Baldwin coughsbut the Oscars routinely go above and beyond by bestowing their highest acting honors on historical mimicry.

Again this year, the five Best Actress nominees include Nicole Kidman (as Lucille Ball in Be the Ricardos), Jessica Chastain (as Tammy Faye Bakker in Tammy Faye’s eyes) and Kristen Stewart (as Princess Diana in spencer), while Best Actor nominees include Will Smith (as Richard Williams in King Richard) and Javier Bardem (as Desi Arnaz in Be the Ricardos). These five performances include some real highlights: Tammy Faye’s eyes is flawed, to put it lightly, but Chastain’s take on Bakker is deeply weird and savagely engaged, while Smith’s take on Williams certainly transcends mere impersonation.

But if you saw Be the Ricardosask yourself: have you ever, for a nanosecond, forgotten that you were watching Nicole Kidman and Javier Bardem play the imitation game?

Impersonating a famous person uses a completely different skill set than fleshing out a new character, and it often involves generous help from the makeup and hair department. Gary Oldman won an Oscar in 2018 for his role as Winston Churchill in darkest hour, but how much of the heavy lifting was done by the (also Oscar-winning) chin putty folks? Meanwhile, the other Best Actor nominees that year – Timothée Chalamet in call me by your nameDaniel Day Lewis in ghost yarnDaniel Kaluuya in get out and Denzel Washington in Roman J. Israel, Esq. – had to create their characters without prosthetics, without any preconceived understanding of how their characters were supposed to look or behave, and without the benefit of historical footage to study. Oldman does a good job in darkest hourbut he has a whole other job to do.

The first time I proposed a category change along these lines, I suggested forgoing genre binaries in favor of a realignment of Best Original Performance and Best Adapted Performance. Several people have tweeted me warning of unintended consequences — specifically a dude lineup in which various Thundering Men of Importance are ousting women from major acting awards. I’m not 100% sure that would be true, but I concede the point and instead suggest a realignment with three main actor categories: Best Actress and Best Actor – awarded exclusively to performances by fictional characters – and gender-neutral “best suited lead performance.”

Looking strictly at this year’s list of best actresses, the decision to move Chastain, Stewart and Kidman (or maybe Jennifer Hudson into The respect) in Best Fit Lead Performance could free up spots in Best Actress next to Olivia Colman and Penelope Cruz: for example, Renate Reinsve in The worst person in the worldRuth Negga in Who passedEmilia Jones in CODA and/or Alana Haim in Licorice Pizza. Nothing wrong with having more opportunities to crown new A-listers, right?

I know we still have issues to work out here: whether to replicate this system in actress/supporting actor categories, for example, or the specifics of how you define an original or adapted performance. But it’s time for the industry to at least consider the idea that not all acting jobs are created equal.

Would that solve all the problems with the Oscars – like, for example, their persistent tendency to favor dark dramas over all other genres, year after year, even though glossy cinematic comedies are much harder to pull off? No.

But it would be a good start.

This essay first appeared in NPR pop culture happy hour newsletter. Register to receive the newsletter so you don’t miss the next one and receive weekly recommendations on what makes us happy.

CapRadio provides a reliable source of news thanks to you. As a nonprofit, donations from people like you support journalism that helps us uncover stories that matter to our audiences. If you believe in what we do and support our mission, please donate today.