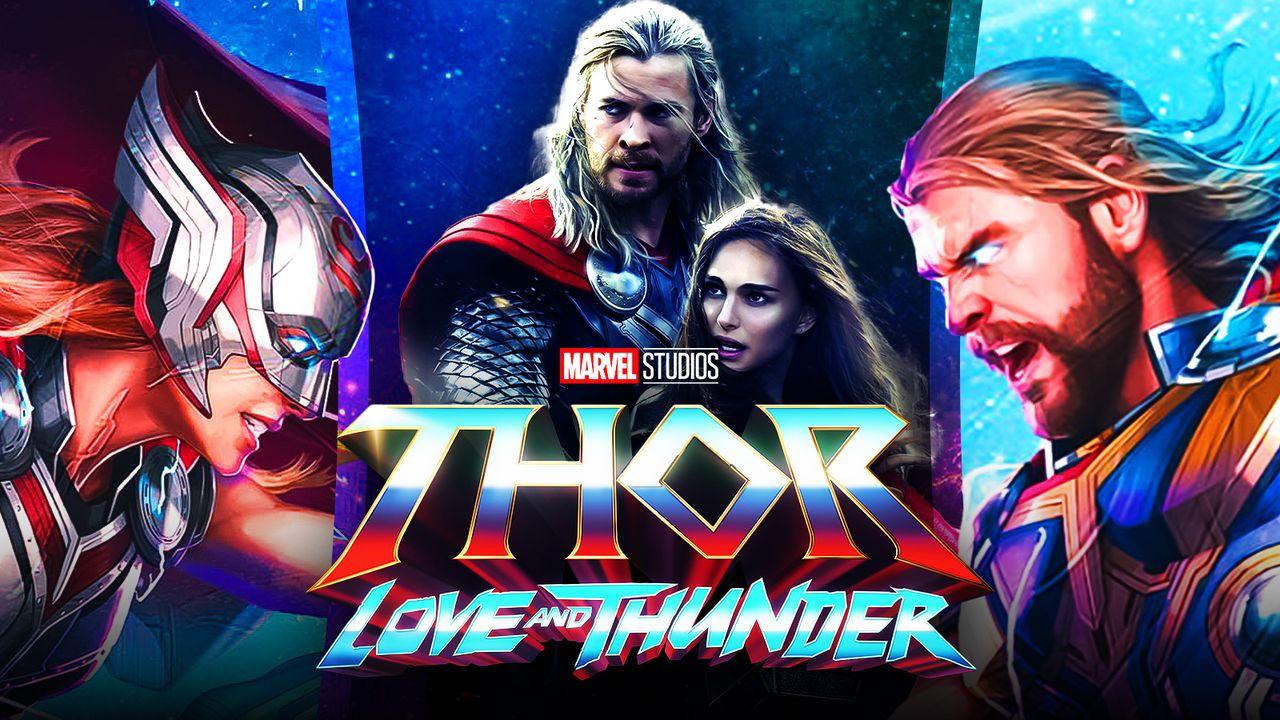 Thor: Love and Thunder is set to feature a big reunion between Chris Hemsworth‘s Thor and Natalie Portman’s Jane Foster, but in an unexpected way. Directed by Taika Waititi (Thor: Ragnarok), the upcoming sequel will mark the MCU return of Portman’s character as she embarks on a heroic new journey as Mighty Thor. The film will also feature the God of Thunder’s first adventure in the MCU’s post-Infinity Saga chapter.

Marketing for love and thunder hasn’t officially stepped up yet, but Hemsworth previously confirmed the press tour has begun, indicating that more official looks at the film will begin to emerge. However, over the past few months, leaked merchandise and posters have given fans a glimpse of the character’s designs, especially Thor and Foster’s new looks.

Now, as fans await the film’s first trailer, another special look at the heroic pair has been revealed.

A closer look at the poster shows the two MCU heroes teaming up against an unknown threat alongside their respective supercharged weapons:

How will Hemsworth’s Thor react to Foster’s return?

At this point, it’s safe to say that Thor and Mighty Thor will team up at some point in love and thunder, as evidenced by several promotional images from the film so far. The pair’s new costumes are also prominently featured in the poster, giving fans the best look at their stunning creations.

We don’t know if love and thunder will showcase Bro Thor’s transformation back to his normal self, especially since it was a major part of the character’s arc during Avengers: Endgame. Since the Guardians of the Galaxy are involved, it’s possible that a montage sequence of the character’s training (in a totally hilarious way) will be shown, giving resolution to Odinson’s muscular transformation.

Looking closer at the poster, the cracks visible inside Mjolnir once again confirm that it is the same weapon that Thor used during the Infinity Saga and the one that Hela broke during Ragnarok. Still, the return of the iconic weapon remains a mystery, but there are signs it could be tied to Jane Foster’s mysterious heroic transition.

Either way, all will be revealed when Thor: Love and Thunder premieres in theaters July 8.