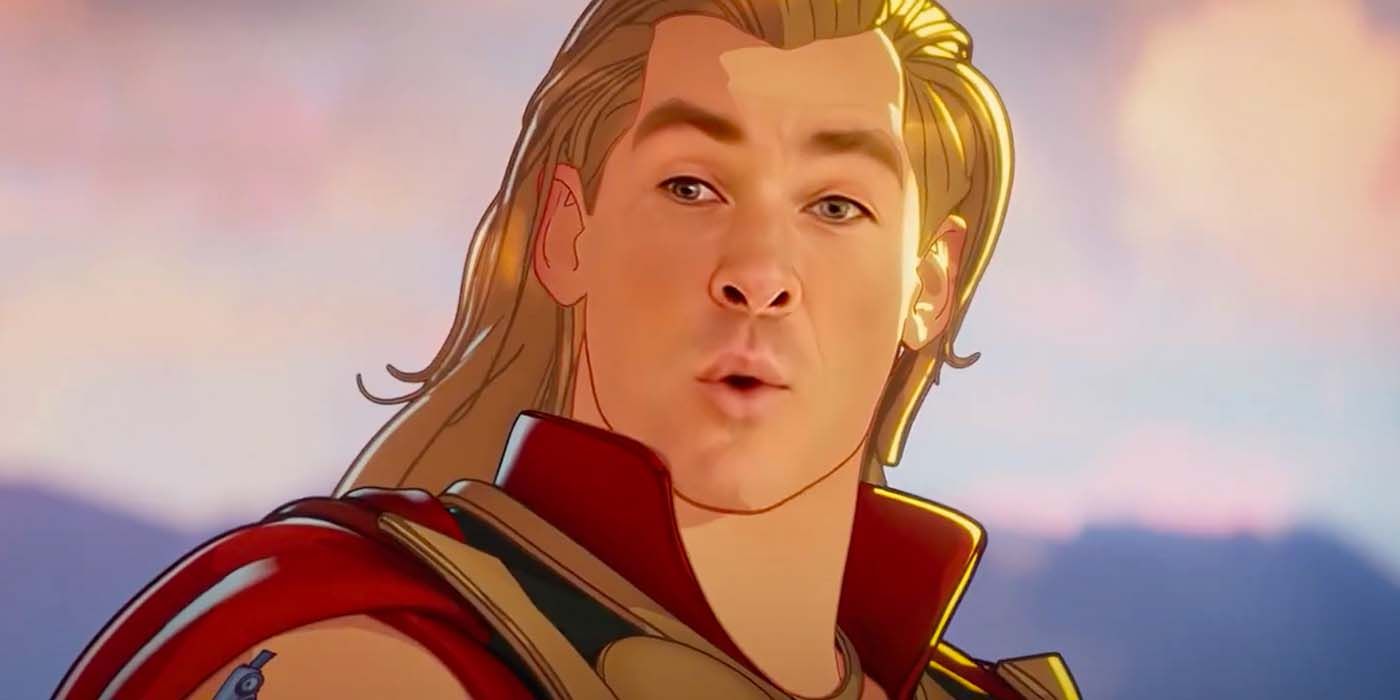 Thor Deepfake Adds Chris Hemsworth Face to His What If …? Episode

Marvel fan uses deepfake technology to add Chris Hemsworth’s face to Party Thor in What If …? episode “What if … Thor was an only child?”

Marvel fan used deepfake tech to put Chris Hemsworth’s face on What if…?’s Party Thor, making the animated version of the Avenger a bit closer to its live-action counterpart.

The most recent episode of What if…?, “What if … Thor was an only child?” Recounts the arrival of the god of thunder on Earth. The comedy-fueled episode, featuring the live-action Thor star Chris Hemsworth in the lead voice role, explores a timeline in which Thor grows up without Loki as his foster brother. One fan quickly took Thor’s abundance of animated footage from the episode and used deepfake technology to apply Hemsworth’s actual face to his animated avatar.

Related: Marvel Invites Fans To Darcy & Howard the Duck’s What If …? Wedding

The deepfake puts Hemsworth’s face in many beats of the episode’s major storyline, from the moment he decides to throw a party of terrifying proportions in Midgard to his explosive showdown with Captain Marvel to his eventual decision to clean up her mess and potentially forge a rejuvenated romance with Natalie Portman’s Jane Foster.

In many cases, the two versions of the footage are displayed side by side, allowing viewers to compare the edited animation with the original intact. While the effect is fairly straightforward, applied to only a small portion of the total animation, it does provide enough detail on Thor’s face to make him look more like Hemsworth than Marvel’s original animation style.

Related: What if …? Episodes are shorter than expected due to COVID

After Thor’s redemption and his request for a date with Jane, the What if…? The episode introduces a major cosmic threat: the Ultron of an alternate timeline, wielding all six Infinity Stones. The episode then ends on a cliffhanger, teasing that Party Thor’s story may not be over yet.

While the storylines of the final two episodes of the season are still under wraps, Party Thor has appeared in more scenes in What if…?mid-season trailer, indicating that he probably still has a part to play in the overall story. In one scene, Thor is shown speaking with the villainous Doctor Strange from the fourth episode of the season. In another, he briefly appears as part of a multiversal Avengers team alongside Captain Peggy Carter, Star-Lord T’Challa, Black Widow, and Gamora.

by marvel What Yes…? airs new episodes Wednesdays on Disney +.

Keep Reading: Marvel’s Delayed What If …? The episode is pure comedy

Marvel redeems one MCU hero – and keeps destroying another

Travis Northern is a gaming news editor for CBR. He started his career as a gaming journalist with Next Level Gaming in 2016 and has worked as a freelance writer ever since. When he’s not on his PlayStation or writing his next Dungeons & Dragons adventure, he can be found in the interrogative trenches about to publish his first novel. For updates, gaming humor, and healthy memes, follow him on Twitter at @ tjnorthern585.