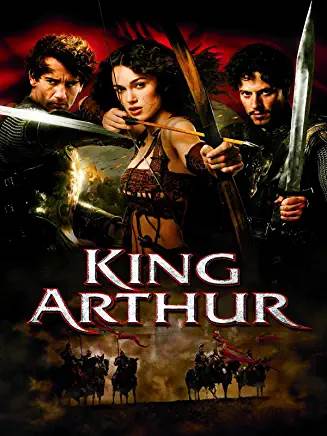 Touchstone and Beyond: A Story of Disney’s “King Arthur”

Blockbusters can be difficult to create. Even with a stellar cast, a talented director, and a new take on a classic tale, they sometimes fall flat at the box office. Producer Jerry Bruckheimer thought he had another epic series on his hands with the 2004 film king arthur, but its cost exceeded profits and thrilled the franchise’s potential, leaving this movie to age in the movie vault, until now.

Arthur (Clive Owen) and his fellow Sarmatian Knights: Lancelot (Ioan Gruffud), Tristan (Madds Mikkelsen), Gauvain (Joel Edgerton), Galahad (Hugh Dancy), Bors (Ray Winstone) and Dagonet (Ray Stevenson), are on the dawn of freedom of service to the Roman Empire. For fifteen years they served Rome in Britain, and now they must complete one last mission to be free. Arthur and his men are tasked with saving a Roman citizen, the Pope’s favorite godson, from the invading Saxon army led by Cerdic (Stellan Skarsgard).

During the mission, Arthur also saves Guinevere (Keira Knightley) and before he knows it, Arthur is placed in a difficult position. While the Knights survived their last mission and gained their freedom to leave with the rest of the Roman army, the invasion by the Saxon army of Cerdic poses a threat to the British people the Wads, led by Merlin ( Stephen Dillane).

Spurred on by Guinevere, Arthur remains to defend Britain and unites with Merlin’s army to lead them into battle against the Saxon horde. A final battle for freedom is needed and before the first blood is shed, his Sarmatian Knights return to join Arthur at the start of the Battle of Badon Hill.

Clive Owen is brilliant as Arthur. I love the fact that Arthur was stripped of the role of king and placed at the head of an elite Calvary unit. This role allows Owen to shine and bring his physical presence to a role he lives so well. Not only does Owen seem like a Supreme Warrior, but his physical presence dominates an impressive support cast.

The supporting cast is supreme. The Sarmatian Knights are an unbelievably talented who’s who that I felt like when the movie came out in 2004, people didn’t realize how talented these supporting actors were. Clive Owen is an excellent Arthur, but when the Knights cast include Hugh Dancy, Ray Winstone, Ray Stevenson, Joel Edgerton, Madds Mikkelsen and Ioan Gruffud, you couldn’t ask for a better group of talented actors to play the Knights. legendaries of the round table. Plus, Stellan Skarsgard is the villain, the icing on the cake.

Keira Knightley is a beautiful Guinevere, and probably a better version of the legendary character than most cinematic depictions. I especially liked that the usual love triangle that plays out in other King Arthur movies was dropped for this movie.

The film was supposed to be an R-rated picture and was filmed and edited to be an R-rated film. Disney executives ditched this idea and called for a cross-cut to PG-13, which removed much of the film reality for bloodless battle scenes. king arthur would benefit from the blood and blood of the battlefield. The world of Arthur and the Knights of the Round Table was a bloody place, and this story was too clean for the reality of this alleged truer tale of Arthurian legend.

Fun facts about the movies

I loved king arthur when it hit theaters and I don’t understand why people hated the movie so much. The actors are perfect in their performances, and the world-building achieved in the film could have established a long film franchise. Even Roger Ebert gave the film three out of four stars mainly for the quality of the production and the charisma of the actors.

king arthur gets 4 buckets of golden popcorn to be an outstanding action film with a supreme cast of talented actors.

How old is Meghan Markle? The former royal isn’t the only celebrity who became a mom after 35