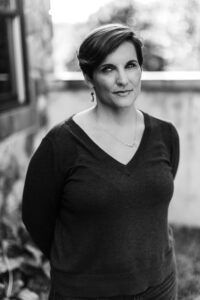 UNC Asheville will be hosting three virtual author conferences throughout the spring semester. The first two public lectures, both in March, will examine the recently published novel, Even As We Breathe, with academic Kirstin Squint and novel author Annette Saunooke Clapsaddle, respectively. The series will end with literary scholar Toril Moi. All events are free and available to stream live via Zoom.

Kristin Squint, Whichard Visiting Distinguished Professor at East Carolina University, will present her talk, “Native Southern Literature and EBCI Author Annette Saunooke Clapsaddle,” at 5:30 pm on Wednesday, March 24. She has published and lectured on Native American literatures and multiethnic American cultures and literatures, particularly in the Southeast. She contributes to the award-winning Appalachian Reckoning: A Region Responds to Hillbilly Elegy, and is the author of LeAnne Howe at the Intersections of Southern and Native American Literature and Swamp Souths: Literary and Cultural Ecologies.

Author Annette Saunooke Clapsaddle will discuss her novel, Even As We Breathe, at 5:30 p.m. on Wednesday, March 31. Clapsaddle, the first registered member of the Eastern Band of Cherokee Indians (EBCI) to publish a novel, graduated from Yale. University and College of William and Mary. Her first novel manuscript, Going to Water, won the Morning Star Award for Creative Writing from the Native American Literature Symposium (2012) and was a finalist for the PEN / Bellwether Prize for Socially Engaged Fiction (2014). After serving as Executive Director of the Cherokee Preservation Foundation, Clapsaddle returned to teaching English and Cherokee Studies at Swain County High School.

Toril Moi, James B. Duke Distinguished Professor of Literature at Duke University, will conclude the series with his lecture, “A Wittgensteinian Phenomenology of Criticism”, at 7:00 pm on Thursday, April 22. Moi’s scholarship includes feminist theory and women’s writing; the intersection of literature, philosophy and aesthetics; and the philosophy of ordinary language in the tradition of Wittgenstein, Cavell and Austin. She is the author of several books, including Sexual / Textual Politics: Feminist Literary Theory; Simone de Beauvoir: The making of an intellectual woman; What is a woman? And other tests; and Revolution of the Ordinary: Literary Studies after Wittgenstein, Austin and Cavell.

For more information and to register for these events, visit unca.edu/events.