I firmly believe in God, but I have big problems with the origins of Christianity. I believe the King James Bible is the greatest conspiracy of all time, carried out in part by plagiarizing ancient African religions. Although I can back up my opinion with historical facts told by the Christian church (and the origins of all its subdivisions), I could never present enough evidence to change the opinion of those who want to believe – what they believe. want to believe.

I was first intrigued by existential conspiracies while listening to members of the 5 Percent Nation. Soon after, I was obsessively drawn to the history of secret societies because there were more traceable remains that connected the dots to contemporary activity. Further down the rabbit hole was a hare stew of real conspiracy, coincidence, and consequence. In order to prevent myself from becoming Mel Gibson in the movie “Conspiracy”, I developed ways to filter information objectively while believing in the extreme possibilities. For example, if a whistleblower dies in a reported accident, the motivations of those who may be exposed make me lean towards … a murder plot.

Although this is the Conspiracy 101 handbook, it is even more important in the review process when the authors are from large industries like petroleum and tobacco or government agencies like the CIA or the FBI. When decoding pale horses, remember that the now popular phrase “two things can be true” is always a basic thought when it comes to underground plots. The truth is, two or MORE things can be true.

One of my favorite fictional references is Showtime’s “Homeland”. Cells of the same “government” can all operate under the influence of manipulation for different and identical reasons. This is why “following the money” is usually the best way to discern selfish private practices from general political agendas, such as policing in democracy.

In the case of Covid-19 vaccine, the main suspects are in the pharmaceutical industry. The most common mistake is to confuse the turbulent history of prescription drug malpractice with the history of common vaccines that are designed to prevent diseases such as tuberculosis, hepatitis B and poliovirus.

When traveling to Africa, many countries require standard vaccinations for entry. When living in Africa, most countries require annual vaccines to prevent the spread of common diseases like malaria. If “they” wanted to eliminate black people, why wouldn’t they start with this vaccine?

The main vaccines administered against COVID-19 come from the following countries: United States (Pfizer, Moderna, Johnson & Johnson), England / Sweden (AstraZeneca, company merger), Russia (Sputnik V) and China (Sinovac). Since I believe everything needs to be questioned, I ask which of these drug companies are government controlled and what dangerous component could each vaccine contain that facilitates the influence of world power?

Before the pandemic, genealogy companies such as Ancestry and 23andMe were extremely popular as millions of people donated their DNA in order to learn more about their lineage. So my question would be, how do we know that these companies are not secretly operated by the government?

I do not know.

What I do know is that my family is quite large as it is; Personally, I don’t care about having my DNA on file just so I can meet more cousins ​​that I might not even like. It is my personal choice. I tend not to get sick in the winter and I don’t have child germs so I never got the flu shot. It’s my personal choice – and a choice that may work for me might not apply to my elderly mother or my friends with families.

Everyone’s immune systems, pre-existing conditions and life situations differ, which is why I think the vaccine is a personal choice. However, when I explain why I was not vaccinated, I find my reasoning to be very different from most anti-vaccines. This is a great example of how people can be grouped under a survey classification while having totally different logical systems. For me, the only compelling argument for not getting vaccinated comes from those who don’t trust the rush to the market. Otherwise, the explanations of surveillance and genocide extend to an absurd imagination where drug use and population control contradict each other completely. In D-boy terms, a dead dope demon is one less customer.

One of the talking points is when one person brings up a point like “it’s not even FDA approved” and then the other person objects to the lengthy clinical trial and approval process. , it is rejected. More conflict ensues when one mentions the FDA approval of the Pfizer vaccine this week. Then the same organization they used to support their theory is now a co-conspirator.

On the other hand, I try not to overlook cases where people have experienced serious complications after receiving the injection. I also don’t make false equivalents with safety rules such as seat belts, because the vaccine is a substance that passes into your bloodstream. We are all crash test dummies so I try to avoid these dogmatic debates at all costs but the cynic in me sometimes can’t help but dig holes in theories with the following questions:

The Marvel Universe has too many of us caught in an evil genius rapture. For a tangent cross analogy, I’m glad Jadakiss got enough Infinity Stones to make him a rap god. While most will agree with his crowning with deity, fanatics will say he is among the “first five dead or alive” because the line has now manifested itself in New Testament meaning. This means that we all declare Jadakiss our lord, but some want to create a separate denomination that also celebrates him as a savior – do you see the point I mean with that?

These same-side subdivisions are problematic for healthy relationships that barely survived a stressful election year of civil unrest. We need safe spaces to influence those decisions that are not just for ourselves but for our loved ones. It’s so unfair to feel the pressures of a catch-22 that maybe only exists in our minds. Time will reveal the uncertainty of medical effects, but healing emotional wounds will take time as we relearn to treat each other with respect and empathy.

Basically I am NOT anti-vaccine. I am vax-skeptical, which makes me pro-choice by default. My skepticism is based on personal feelings I have about certain modern medical treatments and immoral capitalist greed, which is why I’m more likely to believe that these variants are being manipulated by humans in nefarious ways than the real vaccine of a global pandemic. Coming from a practical and socially responsible position, I am pro-vaccination.

All of my friends that I knew before I became doctors took it. However, according to random people I speak with, I don’t really know this to be true and my doctor friends are taking money under the table to give injections. It also means, by Anti-Vax logic, that if my doctor friends have taken the hit, they must be part of a death cult.

I never want to be such a stubborn person in my opinion that I quietly wish others harm just to say I was right. In essence, the argument is not about science, but about humanity. Many of those who feel helpless try to prove a theory that is less about medicine than “the harm that men do”, while being cruel to others who are just as helpless.

If by any chance everyone who takes the vaccine dies, I’m not sure I would love to be a survivor in a new world filled with jubilant anti-vaccine extremists – they would probably find out this editorial and use it as a justification for killing- me with the vaccine. 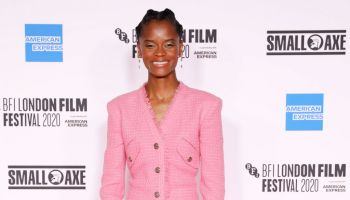