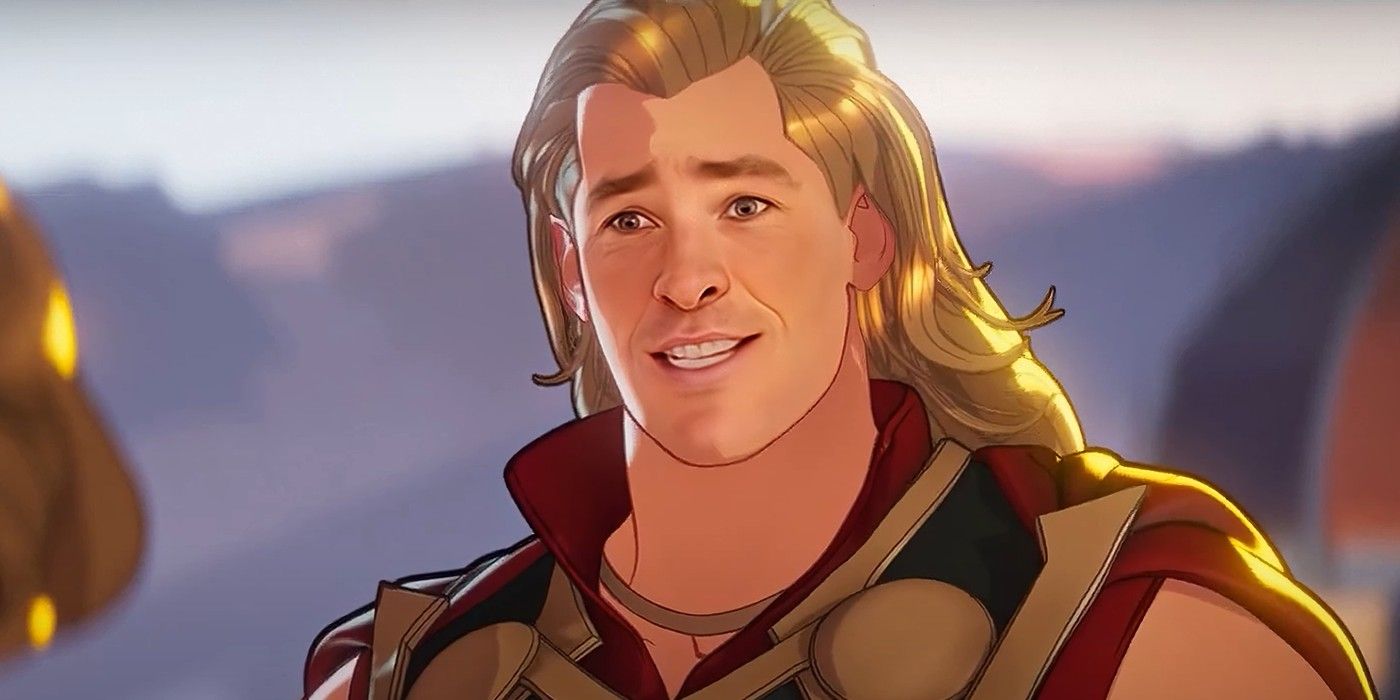 Live deepfakes are common these days, but a new video takes things to a different level by putting Chris Hemsworth in the What If …? Animation.

A mad person What if…? deepfake shows how well the animated Thor matches Chris Hemsworth by putting the actor directly in the series. What if…? represents a major first for the MCU as it brings the franchise into animation. The Disney + series, which begins its last two weeks of season 1, imagines different alternative scenarios within the Marvel universe. From Peggy Carter taking the Super Soldier Serum to Doctor Strange choosing a darker path, it seems no idea is too far-fetched for What if…?.

Last week’s Episode 7 centered around a very different version of Thor. Voiced by Hemsworth, What if…?The variant of the character grew up as an only child. As a result, Thor became much more spoiled and immature. What if…? Episode 7 was perhaps the lightest episode of the season, and it sparked an online debate about whether he handled Thor’s new characterization well. Still, not many can say it wasn’t fun, and it was wonderful to hear Hemsworth play Thor again. He only provided his voice for What if…?, although a new video imagines a show where he took things a step further.

Created and shared online by stryder HD, a What if…? deepfake puts Hemsworth’s likeness in the animated series. It’s really shocking to see a more realistic face on an animated body, but the deepfake also hammers out just how precise What if…?Thor’s animation is. The original version just lacks some of the finer details of Hemsworth’s face, like the creases under his eyes and between his eyebrows. Find out below.

What if…?The animation style of has sparked debate among fans, as not everyone appreciates the cel-shading used in the series. As odd as it can be sometimes, it’s definitely a more natural animated look than deepfakes. Still, this video is an interesting way to combine the live action with What if…?is now a typical style. Like all deepfakes, it’s sure to leave mixed impressions on fans.

Hemsworth to return to live-action realm for next MCU project, 2022 Thor: Love and thunder. He is also likely to be heard in the last two episodes of What if…? season 1, since the end of episode 7 heralded the arrival of a major threat to his universe. In other words, Marvel fans will be seeing a lot of Thor going forward. Where he could go next Thor: Love and Thunder remains to be seen, although Hemsworth has said it will not be his last film. Fans will just have to wait and see what comes next.

More: Every MCU Easter Egg In What If? Episode 7

What if…? releases new episodes Wednesdays on Disney +.

Babylon 5 reboots with original creator in development at the CW

Rachel LaBonte is a short story, feature film and film review writer for Screen Rant with a deep passion for film and television. A graduate of Emerson College, she specialized in media arts production while specializing in screenwriting. She’s been a writer since high school, when she realized she was pretty good at it and joined as many entertainment clubs as she could while studying. Most notably, she wrote for the Emerson Emertainment Monthly website, and one of her film reviews won an Evvy (Emerson’s Student Award) for best review. Her deep love for the cinema led her to work in a movie theater for five years, which she loved despite angry customers. An avid reader who constantly buys books before reading the ones she already owns, Rachel is a huge fan of superheroes (especially of the Marvel variety) and wizards and will likely never be able to catch up with any of the movies / shows from television that she wants. Look.