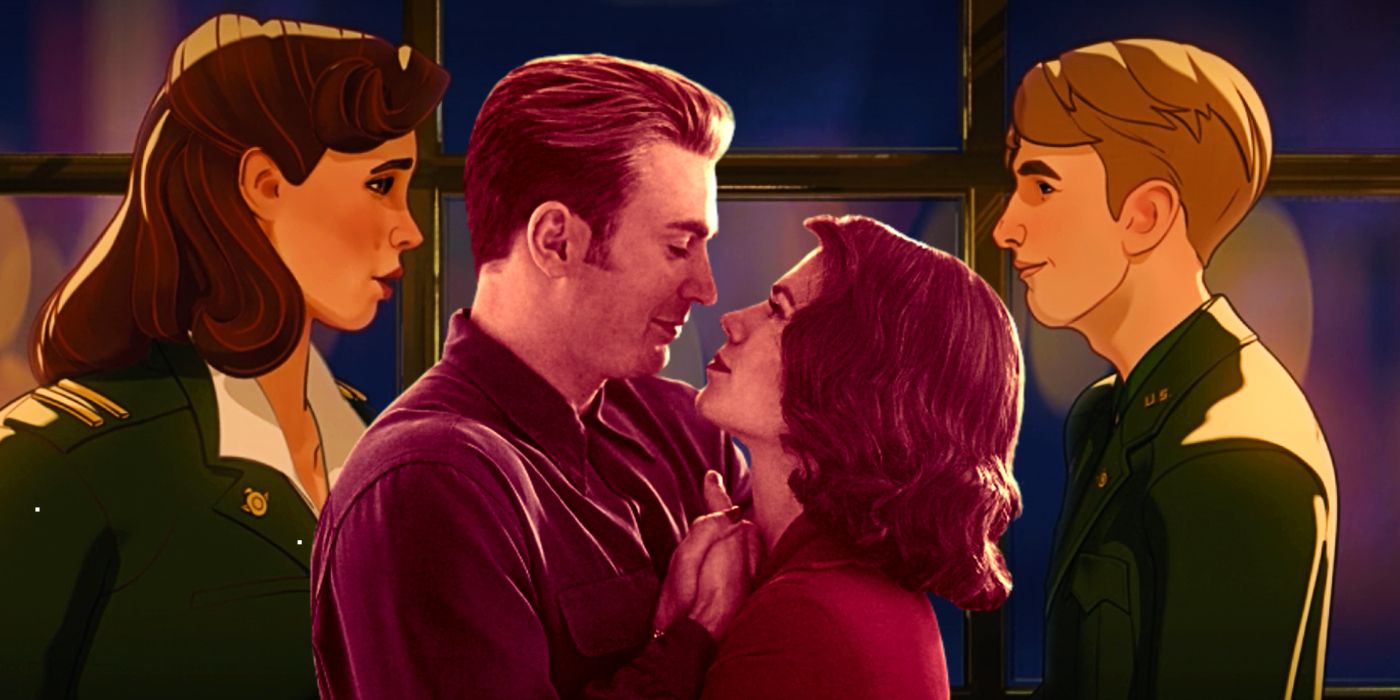 What if…? Finale secretly references a heartbreaking Steve / Peggy moment in Endgame

What if … from Marvel? The Season 1 finale references Steve Rogers and Peggy Carter’s most heartbreaking moment in Avengers: Endgame.

Warning! Spoilers ahead for What if … from Marvel? season 1 finale.

What if … from Marvel? The Season 1 finale secretly references Steve Rogers (Chris Evans) and Peggy Carter (Hayley Atwell) ‘s most heartbreaking moment in Avengers: Endgame. Marvel Studios’ fourth series on Disney + ended with the introduction of Guardians of the Multiverse. The team was assembled by the Watcher (Jeffrey Wright) after it was clear that Ultron (Ross Marquand) powered by the six Infinity Stones could destroy the multiverse. It is made up of Captain Carter (Hayley Atwell), Star-Lord of T’Challa (Chadwick Boseman), King Killmonger (Michael B. Jordan), Party Thor (Chris Hemsworth), a variant of Gamora (Cynthia McWilliams) and Doctor Strange Supreme (Benedict Cumberbatch).

What if…?The storytelling format is essentially the same for the sacred timeline. Every member of the Guardians of the Multiverse has appeared in the series before; each has titled their own episode – with the exception of Gamora, which has been postponed to Season 2. For Captain Carter, his narrative has mostly been the same as Steve’s arc in the main MCU series. animated pulling two Captain America: The First Avenger and Captain America: The Winter Soldier. Part of that is her tragic love affair with skinny Steve, who was abandoned in the 1940s when she was transported to modern times.

Related: MCU Future Timeline: What Happens Next To Every Guardian In The Multiverse

Essentially, the pair just changed their situation in What if…? – at least as far as their romance is concerned. While the show did not address their reunion at the end of End of Game, he was referring to their heartbreaking encounter in the 2019 film. After the Watcher reunited the Guardians of the Multiverse, the heroes were transported to the makeshift pub created by Doctor Strange Supreme. Peggy saw a photo of Steve, with her own image reflected through the glass. As quoted by the Twitter user, Perfect Marvel shots, it mimics Steve looking at Peggy through the glass panel of his office during the ’70s heist where he and Tony Stark (Robert Downey Jr.) traveled further in time to acquire the Space Stone. For a brief moment, it was as if Steve was reaching out to him, but he finally backed up, realizing that not only were they on the clock, and talking to him could ultimately derail their plan.

The aforementioned scene in What if…? sets up the show’s post-credits scene with Peggy. After Ultron’s defeat, as Arnim Zola (Toby Jones) and Killmonger were trapped in a pocket dimension, Peggy returned to her own universe. A little disoriented since being unceremoniously dumped in the middle of her fight with Batroc (Georges St-Pierre), Black Widow (Lake Bell) came to her aid, then led her to where the stomper was. HYDRA was secretly guarded. The show ended with the idea that skinny Steve could be inside. If so, it sounds like what happens between Steve and Peggy in End of Game. It is remembered that after Captain America returned all of the Infinity Stones to their respective origins, he decided to retire and live a quiet life with Peggy in the late 1940s.

Given the way What if…? With Season 1 over, there’s a good chance Season 2 will see the return of some of these characters. This certainly includes Captain Carter as the animated show answers the lingering question on the post-credits scene. Maybe, like what happened in Avengers: Endgame, she ends up going up at sunset with Steve.

What if … from Marvel? season 2 returns to Disney +.

An accidental and perpetually curious movie buff, Ana rekindled her love for writing several years ago and married it to all things pop culture. The result is a passionate young writer who could ramble (and of course, a pen) on movies and series for hours a day. She has a weakness for The Lion King, old songs and interior design; is currently obsessed with old sitcoms (The Golden Girls!); and won’t dare to watch horror movies although she (ironically) dies to see one. Although a little late to the party and being a true Force unbeliever, she now finds the Star Wars franchise quite fascinating (fun fact: it was a crazy Jar Jar Binks / Sith theory that lured it off). ‘attracted).

Redbox won’t fall without a fight, partners with Lionsgate for original content