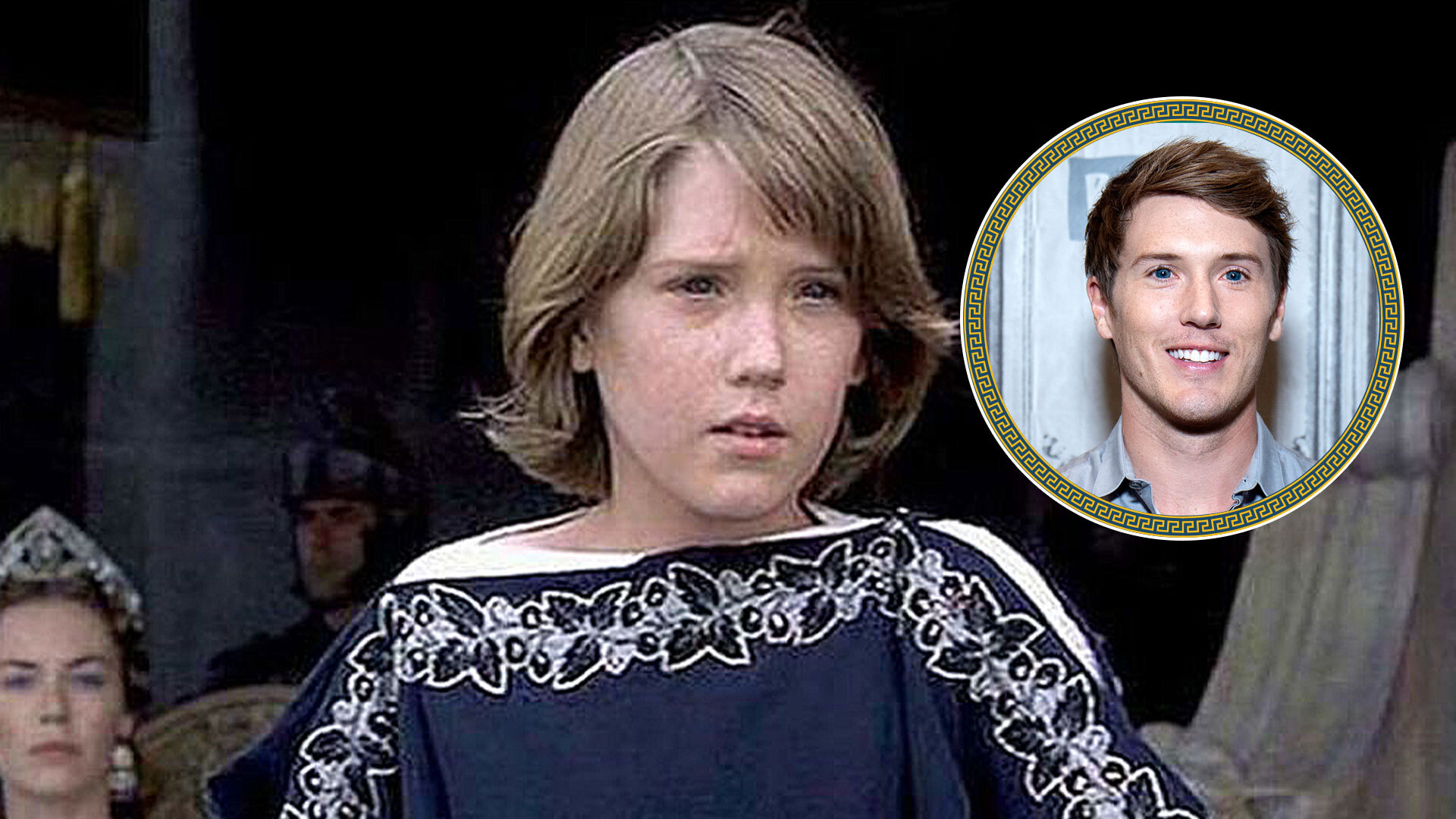 GLADIATOR became an instant classic when it was released over 22 years ago.

The epic historical film has grossed £380m and is regularly touted as one of the greatest films of all time.

One of its biggest selling points was its incredible cast, led by Russell Crowe, now 58, who won the 2001 Oscars Best Actor gong for his role as Maximus Decimus Meridius.

This week, Russell amused nostalgic fans when he revealed he took his family to his “old office” – the Colosseum in Rome, location of many of the film’s iconic scenes – and shared a selfie.

The New Zealand-born star, 58, has enjoyed a hugely successful career since Gladiator – arguably the role that made his career.

It could have been very different, as Mel Gibson was offered the role first, but turned it down.

Russel has since won a string of awards, including a Bafta, Golden Globes and a Screen Actor’s Guild gong.

His most successful films include A Beautiful Mind, American Gangster and Les Miserables, where he surprised many with his singing abilities.

Russell’s personal life has not been without drama – in 2005 he was arrested and charged with second degree assault by the NYPD for throwing a phone at a hotel concierge.

The actor was fined £120 over the incident but is rumored to have paid the janitor around £750,000 to avoid a trial.

The now infamous incident happened during his rocky marriage to Australian singer Danielle Spencer in 2003.

He has been linked to many women, both during and after their relationship, including Courtney Love and Dita Von Teese. Russell also had a passionate affair with Meg Ryan in 2000 which spelled the end of her nine-year marriage to Dennis Quaid.

Russell and Danielle – who share two teenage sons – reportedly separated in 2012 and he hosted an event dubbed ‘The Art of Divorce’ in 2018 to sell meaningful items for the former couple.

This week, Russell appeared to confirm his longtime romance with actress-turned-estate agent Britney Theriot – 26 years his junior – when she appeared in his selfie in Rome.

Here, we take a look at what Russell’s co-stars have been up to in the years since Gladiator.

Joaquin’s portrayal of the villainous Commodus brought him wide recognition and earned him a Best Actor Oscar nomination.

He was apparently very nervous on set, and Russell Crowe used to help calm him down by giving him “cans of Guinness”.

In early April 2005, Phoenix checked himself into rehab to be treated for alcoholism, but later admitted he did not need intervention.

He is renowned for immersing himself deeply in his characters while preparing for the role – his erratic behavior while preparing the mockumentary I’m Still Here raised concerns about his depression.

The 47-year-old American star dated Liv Tyler for three years in the late 90s before settling down with actress Rooney Mara, whom he met in 2012 and shares a son with.

A fervent defender of animal rights, he has been vegan since the age of three.

Prior to his role as Juba in the film, the 58-year-old Benin-born Djimon had appeared in music videos alongside superstars such as Janet Jackson and Madonna.

After Gladiator, he was nominated for an Oscar for his role in Blood Diamonds, in which he starred alongside Leonardo DiCaprio.

He also immersed himself in the world of superheroes, appearing in a number of Marvel films, including Guardians of the Galaxy and Captain Marvel.

She gave birth to their son Kenzo in 2009, but never legally married in the United States.

They announced their split in 2012 but seem to remain on good terms, with Kimora joining Djimon and his new girlfriend at the 2018 premiere of Aquaman.

Connie won the role of Lucilla despite auditioning for Jennifer Lopez.

Last year, she starred as Jo Harding in the Channel 4 psychological drama Close to Me.

She dated Metallica drummer Lars Ulrich from 2004 to 2012 and they share a son together.

Connie is also the mother of actor Sebastian Sartor, from a previous relationship with Fabio Sartor.

The iconic English actor tragically died of a heart attack in 1999 while filming Gladiator in Malta.

He had started his successful career in the 1950s, and many saw Oliver’s signing to play Antonius Proximo as his big comeback to the limelight.

The respected actor was widely known for his larger than life personality and love of alcohol.

On the night of his death he is said to have spent £270 on booze, downed over eight bottles of lager, twelve double rums and half a bottle of whiskey, won a standoff against members of the Royal Navy crew British, HMS Cumberland.

After his death at the age of 61, his remaining scenes were filmed using a body double and CGI. He leaves behind his wife Joséphine, 26 years his junior.

The 83-year-old established himself as a household name long before starring in Gladiator, with stage productions and Shakespearean films.

Since Gladiator, he’s landed big roles in The King’s Speech, Murder on the Orient Express and Netflix’s The Crown.

Four months after civil partnerships were made available in the UK, he registered his partnership with Richard Clifford, a prolific director.

They have been together for over 43 years.

Now 34, the former child actor managed to keep busy after the movie.

He starred in Unbreakable, released the same year as Gladiator, and Mystic River in 2003.

There were fewer roles as he got older, as Spencer studied for a bachelor’s degree in political science and economics at Columbia University.

More recently, he has starred in Glass, Salem’s Lot, and the TV shows Animal Kingdom and Agents of SHIELD.

David, 70, like most of his British co-stars, has also enjoyed success in theatre, film and TV.

He landed roles in Pirates of the Caribbean as Mr. Ian Mercer and played the role of Javert in a BBC radio adaptation of Les Miserables.

David has also had roles in TV series such as Holby City, Band of Gold and Footballers’ Wives.

He is married to actress Lally Percy and has two children.